Japanese households are becoming increasingly less tolerant of surging prices of food and daily necessities, according to a recent analysis of Bank of Japan surveys by a research company. 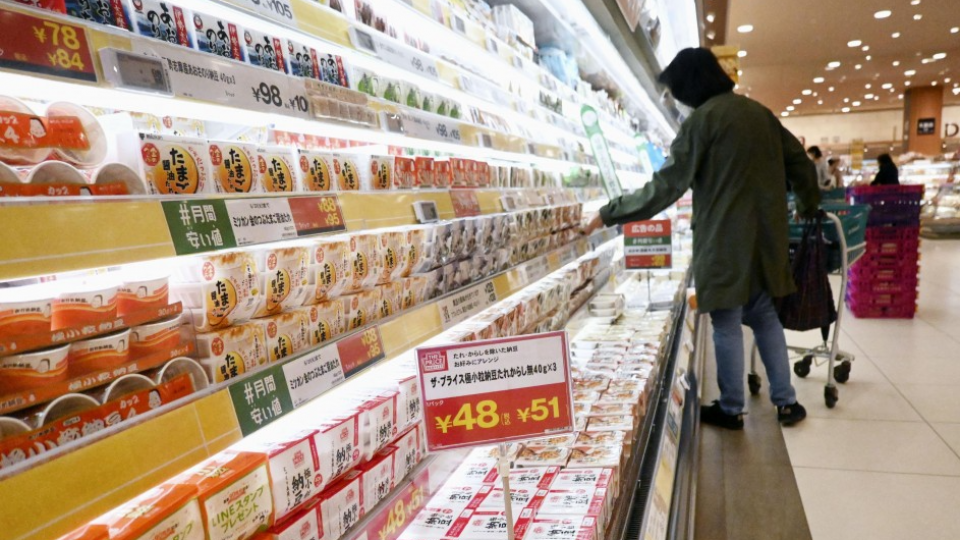 A shopper browses in the food section at a supermarket in Tokyo's Ota Ward in May 2022.(Kyodo)

Kuroda was later forced to retract it and apologize following a backlash from the public.

The company also found a growing tendency to cut back on expenses for food and beverage.

Using data from the BOJ quarterly surveys, Mizuho Research quantified households' tolerance by subtracting the percentage of respondents who considered price hikes "troubling" from those who perceived them as "desirable."

The analysis of tolerance progression between June 2004 and March 2022 showed households' tolerance for rising prices markedly decreased from the second half of fiscal 2021 when surges in oil prices became salient.

Tea bags, futon bedding, air conditioners and cooking oil were among the items that consumers significantly cut back on, the company said, citing its separate analysis based on government statistics such as the consumer price index and the household expenditure survey.

"They are less tolerant of price hikes as daily necessities make up a bigger proportion of their spending," compared with their better-off peers, Sakai said.