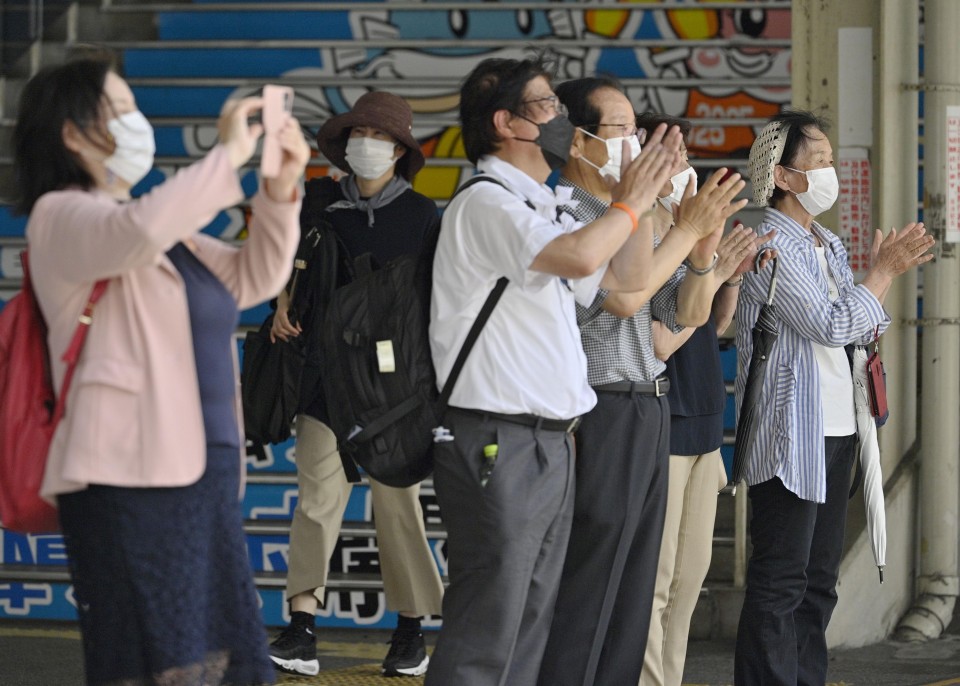 People applaud a stump speech in Kusatsu in Shiga Prefecture on June 24, 2022, ahead of Japan's House of Councillors election on July 10. (Kyodo) ==Kyodo

TOKYO - Temperatures climbed in Tokyo and surrounding areas on Saturday, with the city of Isesaki in Gunma Prefecture registering 40.2 C, a national record high for June, the Japan Meteorological Agency said.

The previous record in the month of June was 39.8 C logged in 2011 in Saitama Prefecture bordering Tokyo to the north.

TOKYO - Campaigning was heating up for Japan's July 10 upper house election on Saturday, with ruling and opposition party leaders pointing to rising prices of daily needs as a major issue.

WASHINGTON - The United States, Japan, Australia, Britain and New Zealand on Friday launched a new initiative to step up engagement with Pacific island countries, as China seeks to boost economic and defense cooperation with them.

The anniversary will be commemorated on Friday as Hong Kong's rights and freedoms, guaranteed at the 1997 handover, continue to diminish with Beijing tightening its grip on the semiautonomous Chinese city.

TOKYO - Global warming is leading to shorter sleep durations across the world that could increase health risks especially affecting the elderly, women and people in low-income countries, a recent study has found.

Researchers warn that rising temperatures may lead to growing global disparities in productivity and health if unmitigated climate change continues, according to the worldwide study published in May in the journal One Earth.

TOKYO - Japan continued tuning up for the 2023 Rugby World Cup with a 43-7 win over Uruguay in Saturday's second test, scoring six tries to one in a lopsided contest.

Experimenting with potential lineups for next year's tournament in France, Brave Blossoms coach Jamie Joseph made wholesale changes to the side that beat fellow World Cup qualifiers Uruguay 34-15 in last Saturday's first test.