SMBC Nikko Securities Inc. said Friday an investigation panel looking into the major Japanese brokerage's trading scandal has called it an "inappropriate and unjust act," adding the incident was not prevented because of a failure in its corporate governance system.

In a report submitted to the brokerage the same day, the panel of three lawyers also stated that both management and employees had lacked norms that could have averted the alleged market manipulation, which led to the arrests and indictments of the company's former deputy president and five others.

The panel urged SMBC Nikko to strengthen its compliance and establish a structure that would enable the company to identify misconducts.

The report also found that company President Yuichiro Kondo had received an email from the former deputy president with a file attachment that suggested possible market manipulation.

The email, sent to Kondo and some other executives, mentioned utilizing the company's own position to support the price of a stock when it fell. 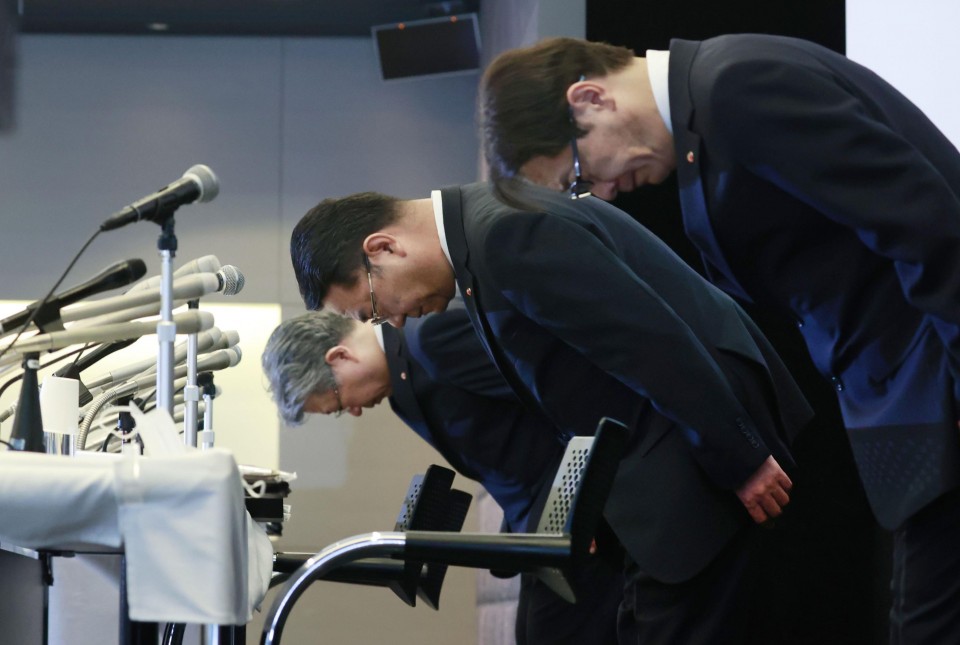 SMBC Nikko Securities Inc. President Yuichiro Kondo (C) and other officials bow in apology at a press conference in Tokyo on June 24, 2022. (Kyodo)

Kondo told the panel that he did not remember whether he had read the email.

"I feel very responsible that brokerages' mission to protect the integrity and fairness of the market was not widely acknowledged and enforced at my company," Kondo said at a press conference in Tokyo.

He said he was not involved in any misconduct involving transactions called "block offerings."

In block offerings, a brokerage mediates trading between large shareholders who want to sell chunks of shares and investors hoping to buy them during off-hours trading. The brokerage profits from the difference between the purchase and sale prices.

Along with the six officials, SMBC Nikko was also indicted by the Tokyo District Public Prosecutors Office for alleged market manipulation.

While block offerings are common and legal, the prosecutors suspect that the stock prices were illegally propped up so the transactions would not fall through.