Prime Minister Fumio Kishida said Wednesday he will attend a summit meeting of the North Atlantic Treaty Organization this month as the first Japanese leader to attend the gathering of the Western security alliance.

At a press conference, Kishida also said he will attend a three-day summit of the Group of Seven industrialized nations, to be held from June 26 in Schloss Elmau, Germany, just before the NATO gathering in the Spanish capital of Madrid. 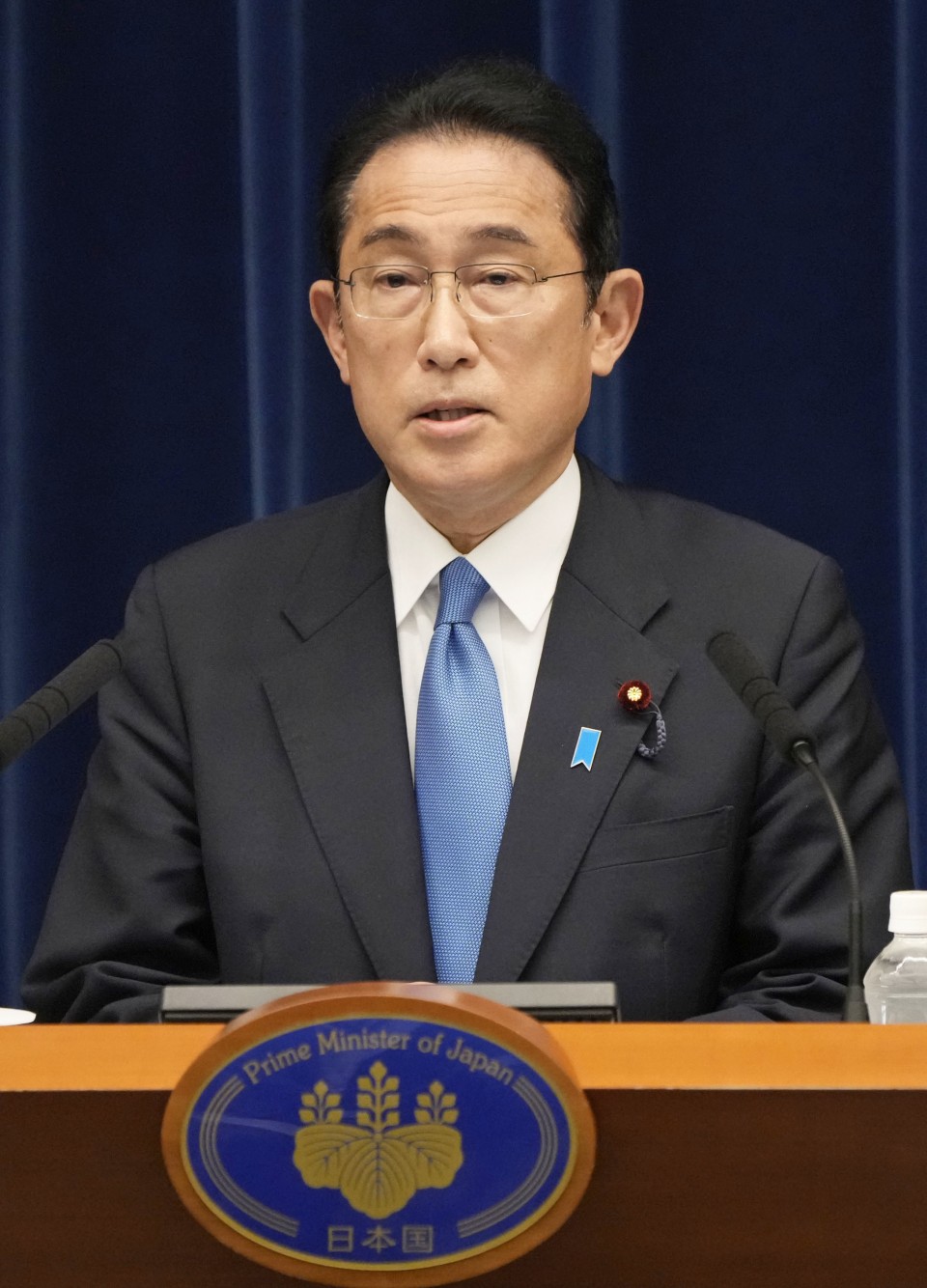 Prime Minister Fumio Kishida holds a press conference at his office in Tokyo on June 15, 2022. (Kyodo)

The summits will be held as member nations continue to face challenges stemming from Russia's war on Ukraine.

Kishida said he intends to underscore at the meetings that "any unilateral attempt to change status quo by force is impermissible anywhere in the world."

During the two-day NATO summit starting on June 29, leaders are expected to endorse a new strategic concept defining the security challenges facing the alliance, including China's rapid militarization and efforts to weaken the rules-based international order.

NATO is inviting its Asia-Pacific partner countries such as Japan, South Korea and Australia to attend the summit.

South Korean President Yoon Suk Yeol is reportedly attending the gathering as well. Japanese government sources have said Seoul has sounded out Tokyo about the first in-person meeting between its new leader and Kishida on the sidelines.

"Nothing has been decided," Kishida said, when asked about possibility of the face-to-face meeting. "To restore a healthy relationship, it is important to communicate based on Japan's consistent position."

Since Yoon took office in May, the two countries have expressed their readiness to mend bilateral relations, strained by years of disagreements over wartime issues.

Amid the ongoing war in Ukraine, Japan has coordinated with other G-7 members -- Britain, Canada, France, Germany, Italy and the United States, plus the European Union -- in imposing a slew of sanctions on Russia to compel it to cease its aggression.

Kishida's planned attendances at the summits come during the official campaigning period in Japan for the House of Councillors election on July 10.