Japan has dispatched a Maritime Self-Defense Force flotilla on a deployment to 11 Indo-Pacific countries and one foreign territory as part of joint naval exercises with the United States and other countries undertaken to counter a more assertive China.

In the annual deployment that began last Monday and will run to Oct. 28, the MSDF fleet will make port calls in the Pacific island nations of the Solomon Islands, Tonga and Fiji for the first time, according to the Defense Ministry. 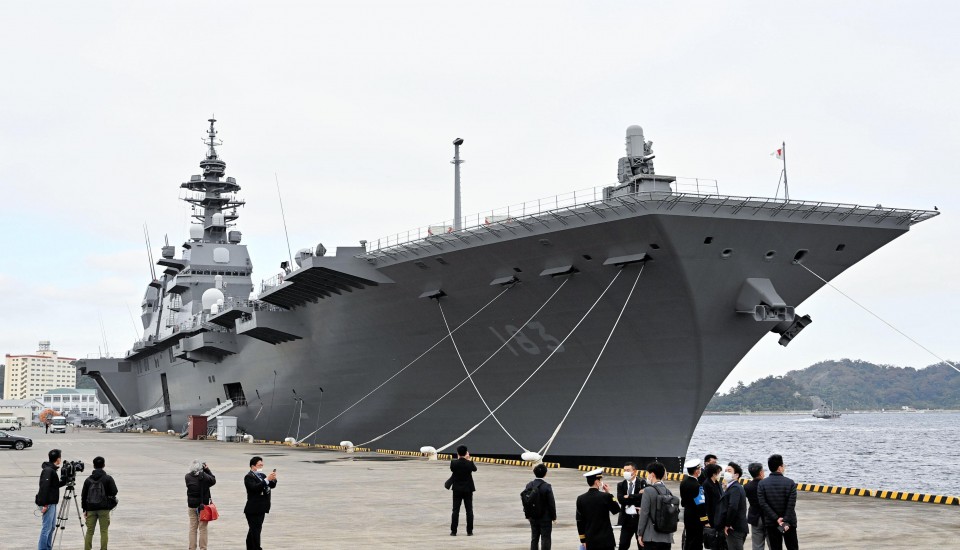 The Izumo, one of the Japanese Maritime Self-Defense Force's two de facto carriers, will be accompanied by two destroyers, a submarine, patrol aircraft and others.

Besides New Caledonia, a French territory in the South Pacific, the 11 countries to be visited are the United States, India, Australia, the Solomon Islands, Tonga, Papua New Guinea, Palau, Vanuatu, Fiji, Vietnam and the Philippines.

"We would like to continue to step up our relations with these Pacific island nations, including maintaining and strengthening FOIP," Defense Minister Nobuo Kishi said at a press conference last month, in reference to the acronym for a "free and open Indo-Pacific."

Earlier this year, China and the Solomon Islands signed a security pact that would allow the deployment of Chinese military personnel, as well as the docking of Chinese warships at the islands.

Such a move has alarmed regional maritime democracies such as Australia, Japan and the United States.

Chinese Foreign Minister Wang Yi, who took an eight-country tour of the Pacific islands from late May to early June, was quoted by his ministry as saying while in the Solomon Islands that Pacific island nations are "not anyone's backyard."

During the MSDF's mission in the Indo-Pacific, the Ground Self-Defense Force will participate in some drills for the first time.