Senior diplomats from Japan and South Korea agreed Wednesday that improving frayed bilateral ties is an "urgent task" for the two neighbors amid increasing speculation that North Korea may carry out a nuclear test anytime soon.

In a meeting in Seoul, the officials confirmed that the two governments should keep discussing matters of concern, such as issues related to wartime labor and so-called comfort women, in a timely fashion so they will be resolved as soon as possible, according to the Japanese Foreign Ministry. 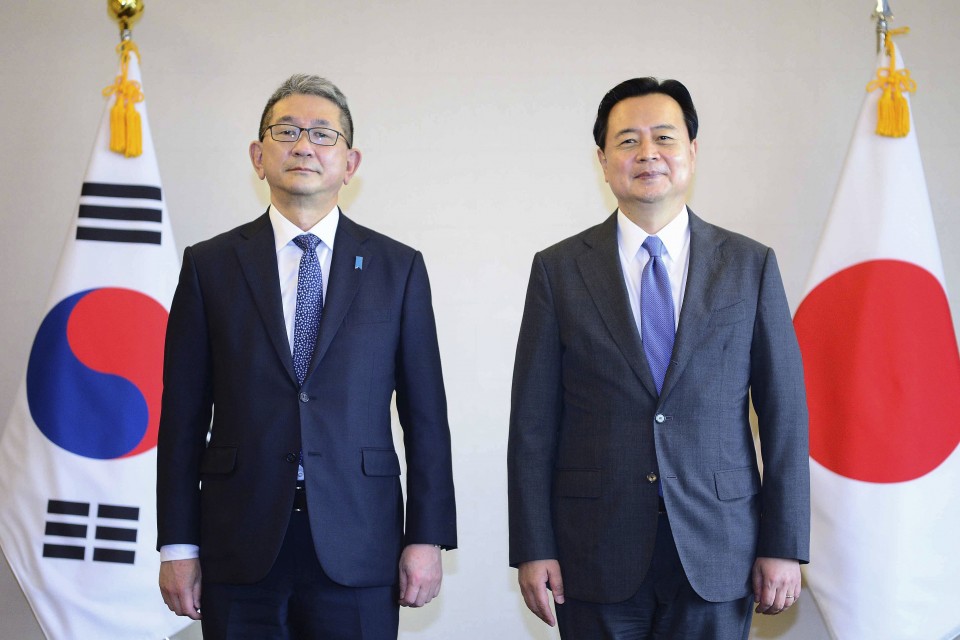 The talks came as the two governments are preparing for a possible meeting between Japanese Prime Minister Fumio Kishida and South Korean President Yoon Suk Yeol, who took office on May 10, on the sidelines of a North Atlantic Treaty Organization summit in Spain late this month.

Mori raised "former civilian workers from the Korean Peninsula," or wartime laborers, as one of the issues to be resolved and lodged a fresh protest with Cho over the South's marine survey last month off a pair of Seoul-controlled, Tokyo-claimed islets known as Takeshima in Japan and Dokdo in South Korea, the ministry said.

Alluding to China's assertive acts in the East and South China seas and North Korea's missile and nuclear developments, Mori and Cho affirmed that trilateral strategic cooperation among Japan, South Korea and the United States has never been important at a time when the rules-based international order is being threatened.

There is no time to waste to repair Tokyo-Seoul relations, according to the ministry.