A French-Lebanese film depicting the secret passion of a migrant worker in Beirut won the top prize Monday for one of Asia's largest short film festivals. 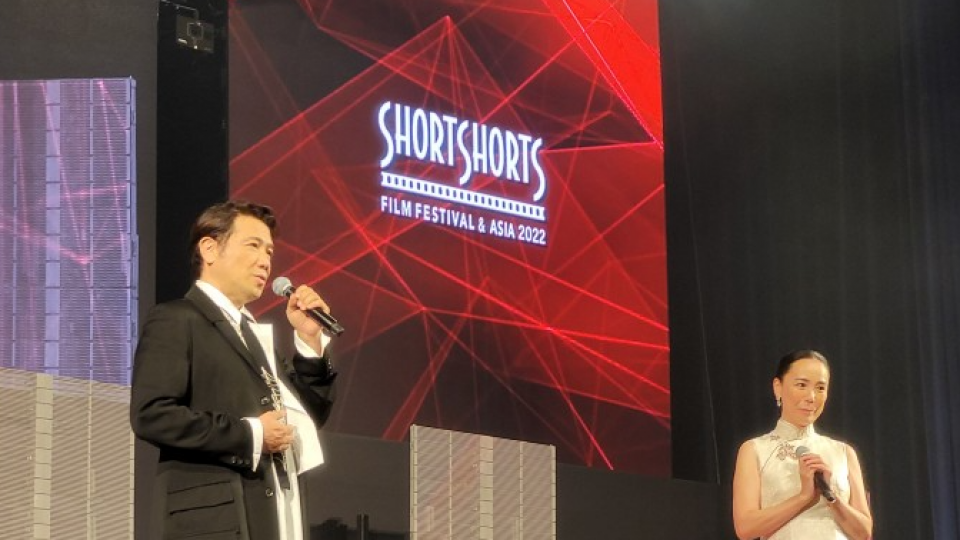 The roughly 16-minute short follows a crane operator working in Beirut who one day volunteers to take on one of the most dangerous cranes in Lebanon, during which he discovers a newfound sense of freedom.

In an online acceptance speech at the festival's award ceremony, Bdeir said she felt "honored" to receive the award, and "so happy this film is connecting and touching audiences all around the world."

"I dedicate this award to Lebanon, to migrant workers everywhere, to anyone who is not able to live out their true self," she added.

This year's festival themed on the metaverse, an all-encompassing virtual world where people socialize and work, kicked off on June 7 in a hybrid format combining screenings at venues in Tokyo and online.

Held annually since it was founded by Japanese actor Tetsuya Bessho in 1999, it is the only international short film festival in Asia that is eligible to nominate five films to compete in the following year's Academy Awards.

"The Limit Taxi Girl" by Masaya Yoshida became another film eligible for nomination after winning in the Japan category of the official competition, while the Bangladeshi horror short "Moshari" by Nuhash Humayun took the prize in the Asia category.

The "Side A" of the two-parter, which focuses on athletes who took part in the games, was released earlier this month, while "Side B," depicting the lives of the games' staff and volunteers, will be out Friday.

"It took three and half years for me to make the film, and I submitted it to the client about a week ago, so finally we can show it to the people," Kawase said following a screening of the film's trailer.

Tokyo Gov. Yuriko Koike was also in attendance to award the Cinematic Tokyo Competition award, which recognizes a work that depicts the allure of the Japanese capital, to "Tokyo Rain."

The 12-minute black-and-white short by Swiss duo Michel Wild & Robert Schneider follows a salaryman who falls asleep while doing overtime at his office. Heavy rain has been hitting Tokyo, and when he awakes, he finds nothing is as it used to be.

Online screenings of the award winners, along with a selection of other films, are slated to last through June 30.