Speaking during a parliamentary session, Kuroda said his remark Monday at an event organized by Kyodo News did not mean that households had begun to accept rising prices. 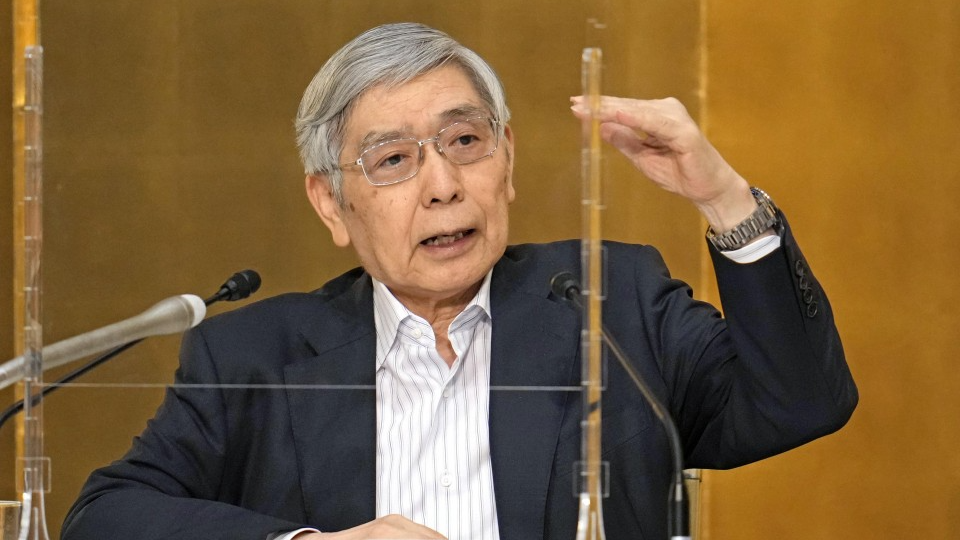 "The expression was utterly inappropriate," Kuroda told the session, a day after offering a rare apology as BOJ chief for his statement. "I retract it."

He added, "It is true that we use the word 'tolerance' at the BOJ. But we don't use it to mean price hikes are being welcomed. It means that they are being accepted (by consumers) as a last, painful choice."

In his speech Monday, Kuroda cited a survey conducted by University of Tokyo professor Tsutomu Watanabe in which more than half of the respondents said a 10 percent price hike on a product they frequently buy would not deter them from purchasing it from the same store.

"One hypothesis is that being 'forced to save' during behavioral restrictions imposed by the coronavirus pandemic may have led to improvements in consumers' tolerance for price increases," Kuroda had said.

Based on the view that such cost-push inflation will only be temporary, Kuroda has reiterated his resolve to maintain an ultralow rate policy, drawing a sharp contrast with the U.S. and European central banks that are moving toward tighter monetary policy to fight soaring inflation.

Rising prices could become a hot-button issue in the run-up to the House of Councillors election in July. The government of Prime Minister Fumio Kishida has drawn up a relief measure to cushion the blow of accelerating inflation on households.