Mizunuma, who shaved 0.05 second off his previous best mark to establish a new Japan record of 50.81 seconds a day earlier in the semis, clocked 50.94 in the final at Budapest's Duna Arena to finish 0.80 behind Hungary's Kristof Milak.

Japan's Naoki Mizunuma competes in the men's 100-meter butterfly final at the world swimming championships in Budapest on June 24, 2022. (Kyodo)

Milak, who smashed his own world record to win the 200 butterfly on Wednesday, became only the third male swimmer to achieve the 100-200 butterfly double at a single worlds. Mizunuma also cemented his name in Japan swimming history.

"I'm really happy to be a part of history," the 25-year-old Mizunuma said.

"I managed to get a sub-51-second time. I'm sure I'll be expected to win a medal next year (at the world championships) in Fukuoka so I want to continue racing at the top level," he said.

China scored 96.7000 points to win the gold medal after Russia had won all seven previous editions. Russia and Belarus athletes have been barred from this year's world championships in Budapest. 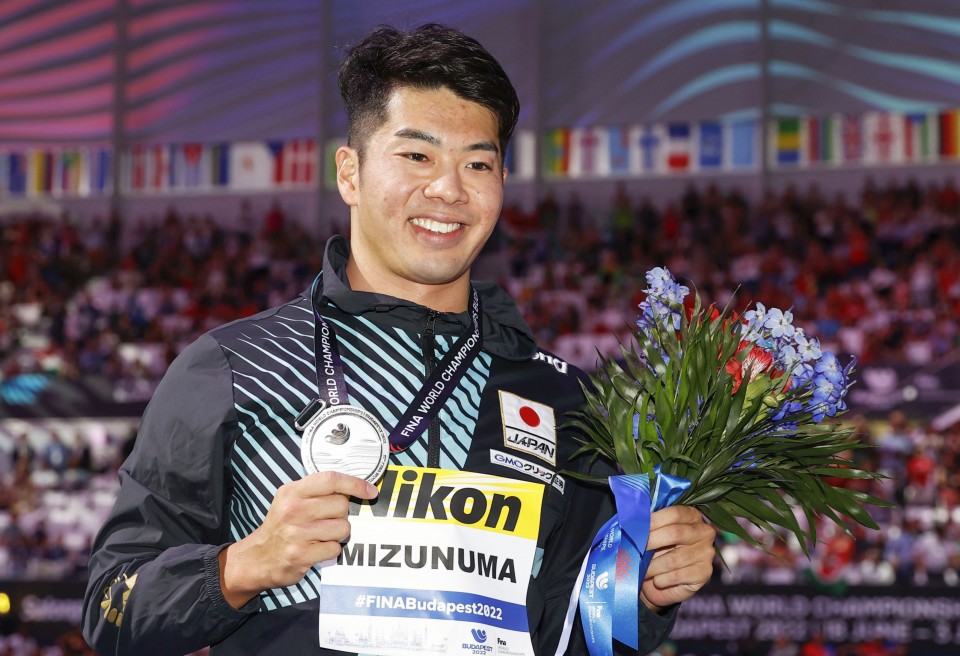 Japan's Naoki Mizunuma poses with his silver medal won in the men's 100-meter butterfly at the world swimming championships in Budapest on June 24, 2022. (Kyodo)