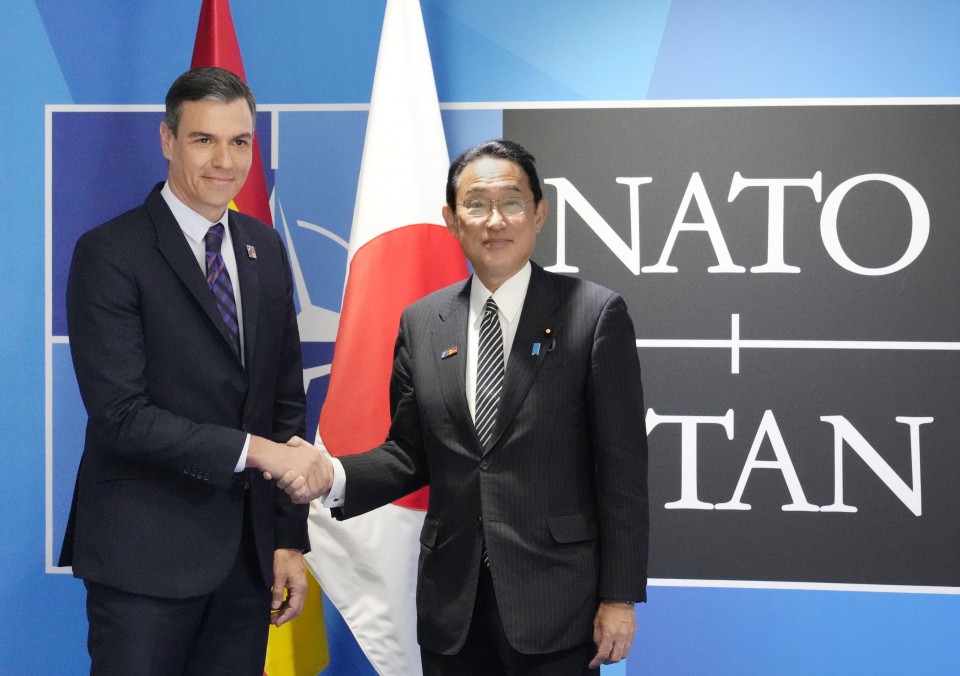 TOKYO - A unit at a thermal power plant in northeastern Japan was halted Thursday for a technical glitch, raising concerns over a potential blackout in Tokyo and surrounding areas, as the capital had the highest temperature for the month of June in nearly 150 years amid a simmering heatwave.

Joban Joint Power Co., operator of the Nakoso coal- and oil-fired power plant in Fukushima Prefecture, said the No.9 unit was suspended around 3 a.m. Thursday after vibrations were detected in a ventilator at the facility.

BEIJING - President Xi Jinping visited Hong Kong to attend a ceremony marking the 25th anniversary of its transfer to Chinese rule, his first trip outside the mainland since the pandemic began in early 2020, state-run media reported Thursday.

The anniversary is scheduled to be commemorated on Friday, with foreign affairs experts saying the former British colony's rights and freedoms, guaranteed as part of the 1997 handover, continue to diminish with Beijing tightening its grip on the semiautonomous Chinese city.

TOKYO - Kirin Holdings Co. said Thursday it has agreed to a buy out of its entire stake in a junta-linked joint venture in Myanmar, paving the way for the Japanese beverage maker to exit the Southeast Asian country's beer market.

Under the agreement, Kirin plans to sell its share of Myanmar Brewery Ltd. for around 22.4 billion yen ($164 million) as soon as possible, though the timing of the transaction has not been decided.

MANILA - Philippine President Ferdinand Marcos Jr. was sworn in Thursday, sealing his family's return to power 36 years after his namesake father's military rule was overthrown by the 1986 pro-democracy revolution.

Marcos, 64, succeeds populist leader Rodrigo Duterte in steering a country of over 100 million groaning under rising inflation, staggering debt and a weakening peso.

TOKYO - A Japanese court dismissed Thursday a damages lawsuit arguing the government's blanket exclusion of the sex industry from a cash handout program for pandemic-hit small companies violates the right to equality guaranteed under the Constitution.

In the lawsuit filed with the Tokyo District Court in September, 2020, a woman running a sex worker-dispatching business in western Japan demanded the payment of the benefits, as well as money totaling 4.46 million yen ($33,000) for having been discriminated against "without reasonable grounds."

BEIJING - With China sticking to its radical "zero-COVID" policy, citizens in Beijing are worried that a window may suddenly pop up on the smartphone app designed for the Communist-led government to collect personal health information.

If they see the pop-up window on the app, their "health code," which identifies they are not infected with the novel coronavirus, turns invalid, meaning they are prohibited from entering office buildings, restaurants, supermarkets and any other public spaces.

ANAHEIM, California - Shohei Ohtani continued his red-hot form on the mound Wednesday, striking out 11 and stretching his scoreless streak to a career-high 21-2/3 innings in the Los Angeles Angels' 4-1 victory over the Chicago White Sox.

The two-way star earned his fourth straight win while bringing his strikeout total to 101 for the season. He threw 108 pitches, the same as his previous start, allowing five hits and a walk over 5-2/3 innings.

At the final staff meeting in Tokyo, organizing committee President Seiko Hashimoto praised members for successfully staging the games last summer in the face of the COVID-19 pandemic and other highly publicized crises.