Japan's mistake-laden debacle against Tunisia on Tuesday night was bad enough to debunk most of the positives that surrounded Hajime Moriyasu's Samurai Blue prior to the Kirin Cup final.

The 3-0 humiliation in front of their home fans in Osaka could be a blessing in disguise, however, if it finally forces the manager into shaking up his side, especially their blunt attack, with little time left before the World Cup in Qatar. 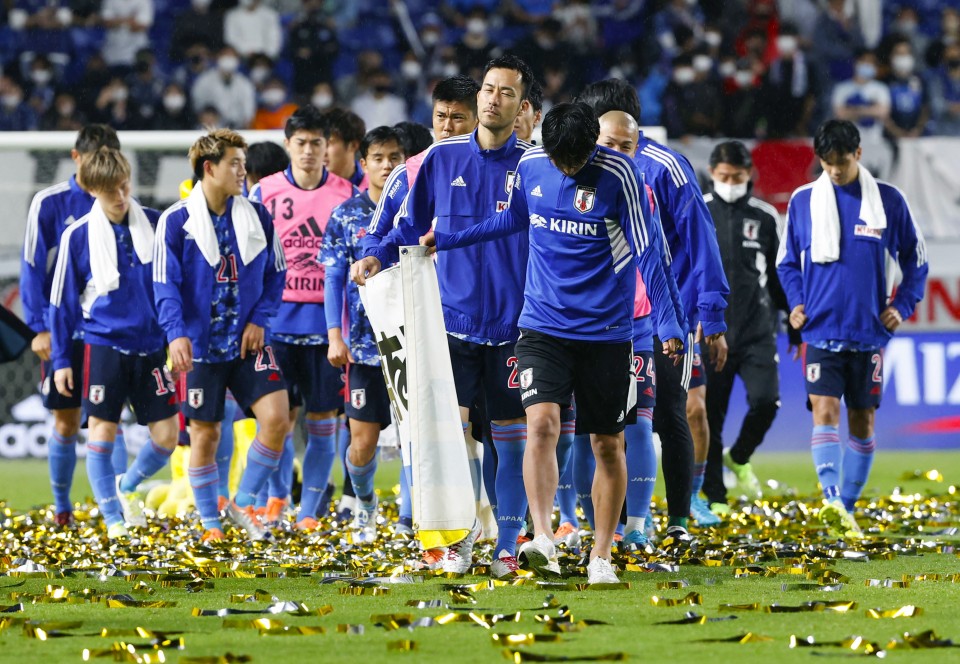 In Group E along with powerhouses Germany and Spain, Japan can only expect to see as much time on the ball as they did on Tuesday in their second match against the final qualifier Costa Rica.

In what will be a must-win game for Japan's knockout-stage hopes, failing to get a single goal past their keeper Keylor Navas would virtually end their campaign.

"The match would have been totally different had I scored. It's that simple," said Daichi Kamada, who alongside another usually reliable Takumi Minamino spurned two huge first-half chances against Tunisia.

"We need to take it as a plus that we made these mistakes in a game like this, before the World Cup."

Moriyasu is well aware that "putting passes together in the final third" is an issue.

"We need to move the ball quicker to create chances...and raise our quality in the buildup also to get ourselves into shooting positions," he said.

Since Asia's final qualifying round, the overriding feeling has been that Japan are capable of offering more going forward, especially given their rich crop of talent.

This month's comfortable 4-1 wins over Paraguay and Ghana provided some reason for optimism, but Paraguay failed to qualify for the World Cup, while Ghana fielded a hugely depleted side.

With no shots on target against either Brazil or Tunisia in the real tests of the four games, Moriyasu's offensive choices are bound to be questioned.

Minamino remains the first-choice left winger but looked most menacing near the center and inside the box as he has been for Liverpool, demonstrated in a move that was ruled offside when he showed superb left-footed control and finish.

Kyogo Furuhashi remained peripheral and devoid of service despite his phenomenal scoring record at Celtic, while fellow substitutes Ritsu Doan and Takefusa Kubo looked to mix things up but were unable to cut open a packed defense happy to see the game out.

Asian qualifying heroes Junya Ito and Kaoru Mitoma remained real threats excelling down each flank this month, but little interchanges with teammates, either inside or behind them, left the opposing defense with a simple job of doubling or tripling up.

The manager's in-game formation changes have not had the desired effect yet either.

"We have few attacking variations and shots," Mitoma said after the Tunisia game. "We need to discuss it among ourselves."

With all six goals conceded over four games coming from avoidable mistakes, Moriyasu has things to fix at both ends of the pitch.

While taking positives from the emergence of Ko Itakura and Hiroki Ito in the backline, as well as successfully handing game time to many of his squad members, Moriyasu needs to apply thoughtful finishing touches to a side that boast potential but have yet to be truly fulfilled.