In May, members of a packed audience at a small theater in Tokyo greeted a documentary on traditional Kurdish music with rapturous applause. Many of them then went up on stage to join an invited Kurdish musician in a dance.

The event was part of a spotlight recently turned on several films and publications about the everyday lives and culture of Kurds, some 2,000 of whom live in Japan. It represents a shift in focus from the issues surrounding political repression and refugees that are usually associated with them.

Making up sizable minorities in Turkey, Iraq, Iran, and Syria, the Kurds are the world's largest ethnic group without a state. 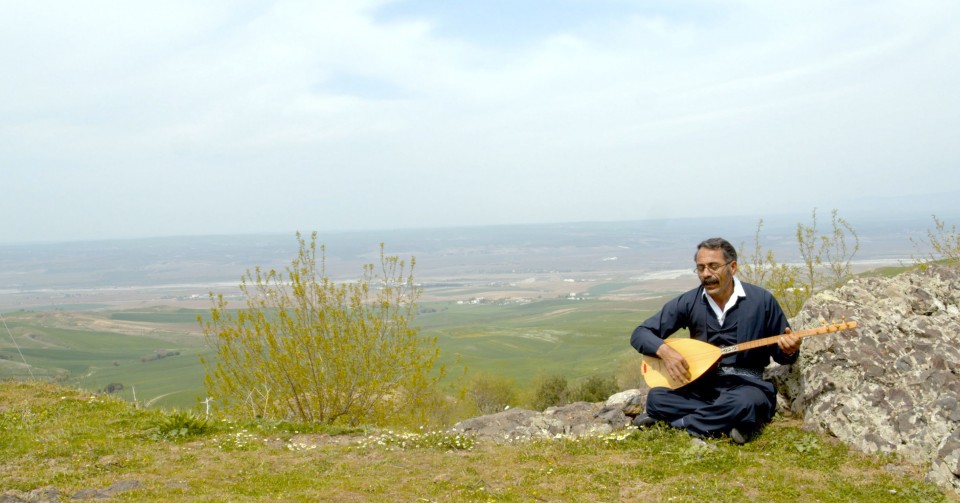 A scene is shown from "Voices from the Homeland," a 2021 documentary directed by Natsuki Nakajima, which won Grand Prix in the short film category at last year's Tokyo Documentary Film Festival. (Photo courtesy of Natsuki Nakajima)(Kyodo)

Natsuki Nakajima, 27, visited a Kurdish area in southeast Turkey to make "Voices from the Homeland," which features singing storytellers known as "dengbejs." It won the Grand Prix in the short film category at last year's Tokyo Documentary Film Festival.

Nakajima, who is a composer as well as a documentary director, said she was enthralled by the dengbejs' song lyrics, which range from love stories to the history of the persecution of the Kurds, and their distinctive singing voices.

In Turkey, Kurds have been subject to an assimilation policy for more than 100 years and faced political repression until recently, including being banned from using the Kurdish language. Dengbejs, however, continued to sing in their mother tongue, and are seen as a symbol of the Kurdish people's overcoming of the hardships of the past. 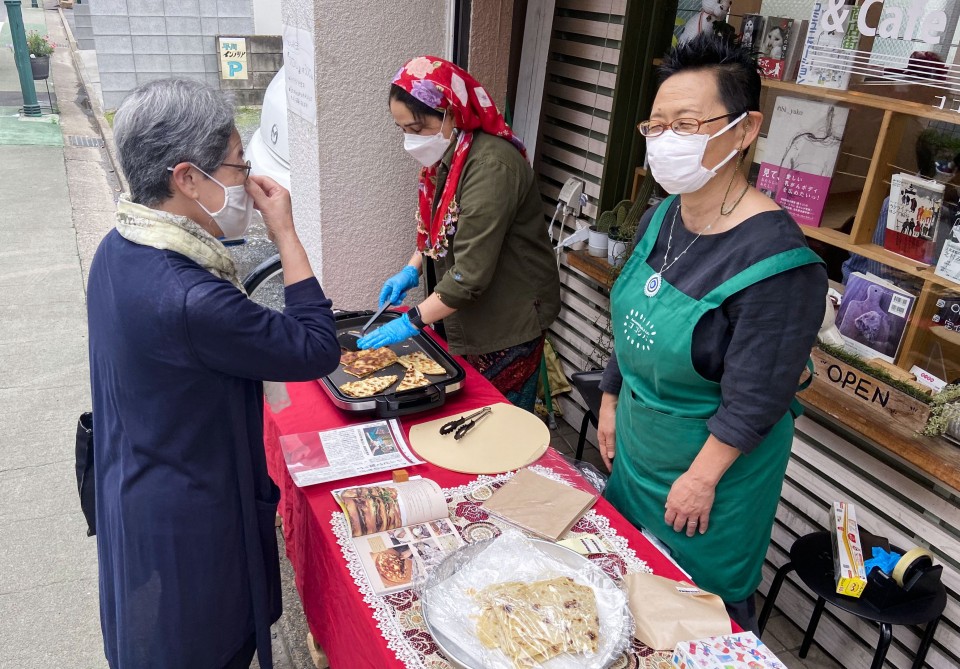 Naomi Nakajima (R), who has released a recipe booklet called "Kurdish Table," sells a Kurdish pizza at a book event in Kawaguchi, Saitama Prefecture, on May 15, 2022. (Kyodo)

Elsewhere, screenings across Japan began in May of the movie drama "My Small Land," which follows the struggles of a Kurdish high school girl growing up in Saitama Prefecture, north of Tokyo.

The girl's father has been detained by immigration authorities after his asylum application is rejected, but she finds a way to move forward as an attraction develops between her and a Japanese boy she meets at her part-time job. 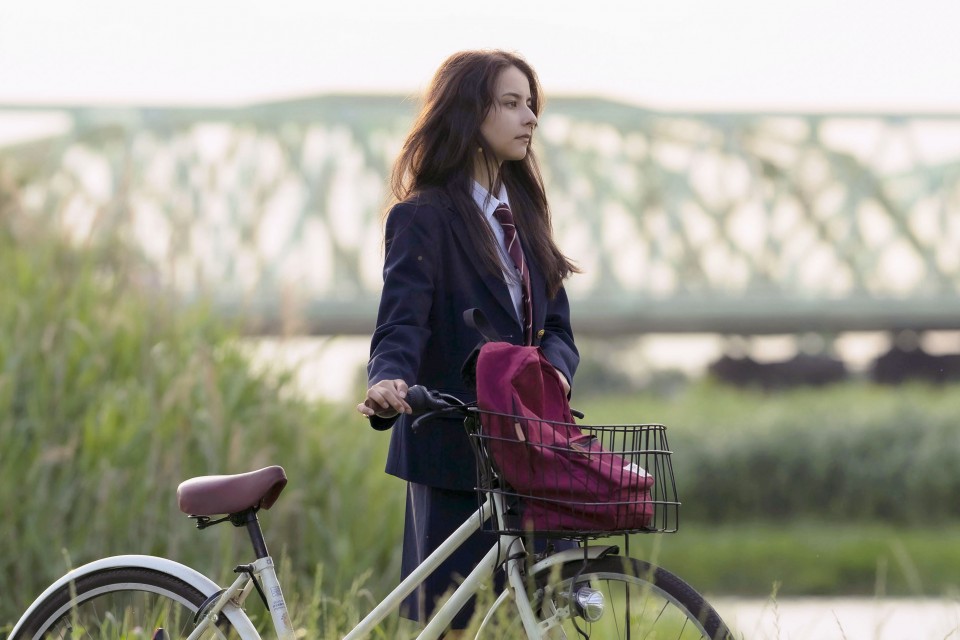 Supplied photo shows a scene from the film "My Small Land." (Kyodo)

The film was directed by Emma Kawawada, 30, who was born to a British father and a Japanese mother. She said she sees an overlap between the absence of a sense of belonging among the Kurdish diaspora who have no mother country and her own bitter experience of not being treated as Japanese because of her appearance.

But the movie not only highlights the difficulties Kurds encounter in daily life in Japan but also their rich culture, including their wedding ceremonies and food. Kodansha Ltd., a leading publishing company, has published a novel of the movie written by Kawawada. 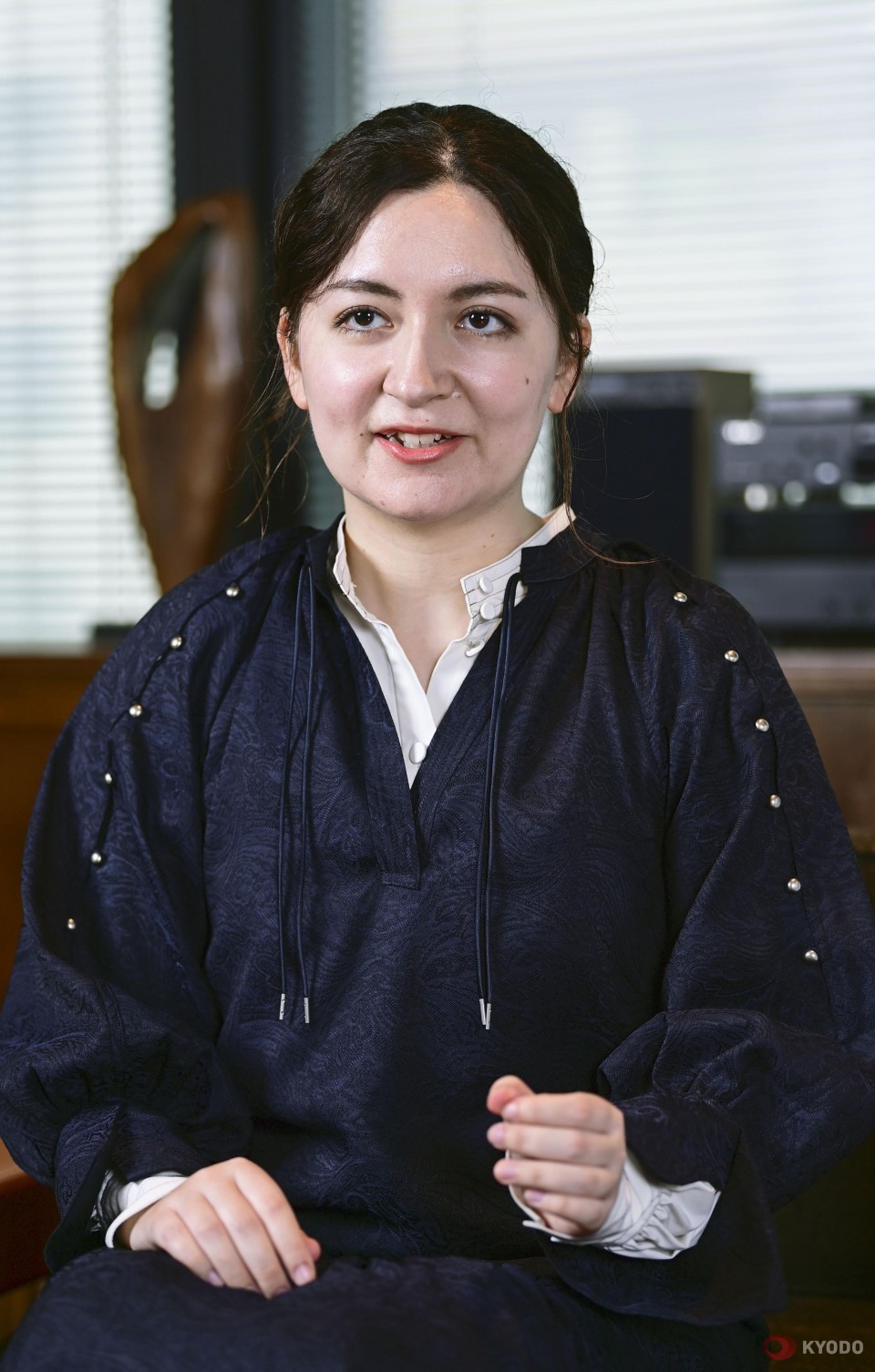 Photo taken on March 1, 2022, in Tokyo shows Emma Kawawada, director of "My Small Land." Kawawada says she wrote the novel from the viewpoint of her Kurdish teenage protagonist. (Kyodo)

In Kawaguchi, Saitama, said to have the largest Kurdish community in Japan, Naomi Nakajima, 64, who offers cooking classes, released a Kurdish recipe booklet through Buna-no-Mori Co., a local publisher, in the spring.

The booklet, called "Kurdish Table," features colorful photos taken from the kitchen of a Kurdish family she is acquainted with. 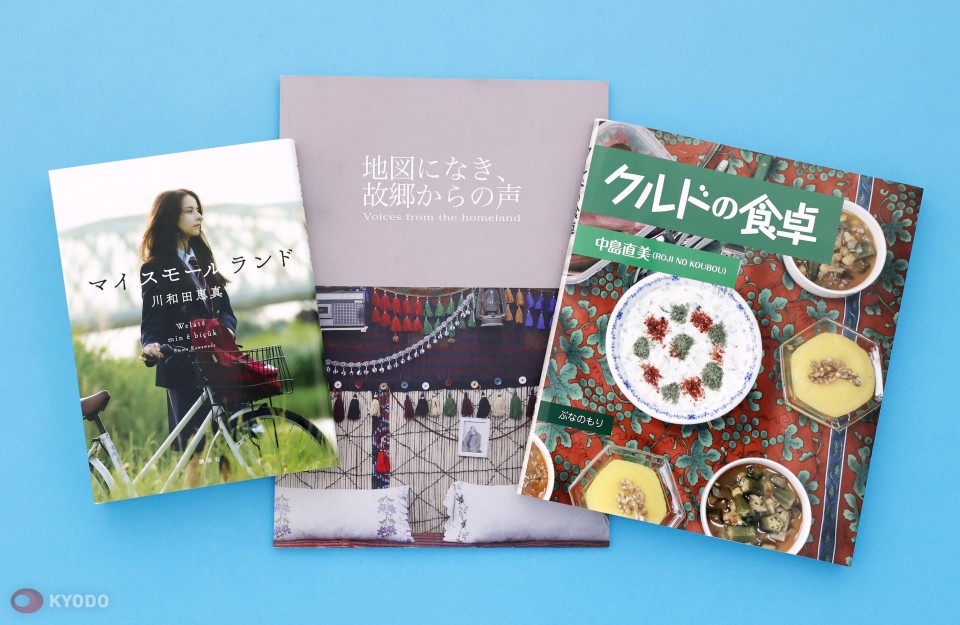 Photo taken on May 26, 2022, shows novels and a recipe booklet about Kurdish culture. (Kyodo)

Kurdish cuisine is distinctive for its use of mutton and a fermented tomato paste called "salca" and entices the appetite with a spicy aroma. Recently in Japan, ingredients for Kurdish dishes have become more available through halal stores, which comply with Islamic religious precepts, and other places, Nakajima said.

The booklet includes roundtable discussions between teenage Kurds who migrated to Japan as small children. "I hope readers understand they (young Kurds) are here, and we're living together," she said.