U.N. Secretary General Antonio Guterres said Wednesday there is an "urgent need" for a total ban on nuclear weapons amid heightened tensions stemming from Russia's invasion of Ukraine, with Japan able to play an important role in achieving that goal.

His comments to Kyodo News came in advance of the first meeting to be held Tuesday in Vienna of state parties to the Treaty on the Prohibition of Nuclear Weapons, which entered into force last year. 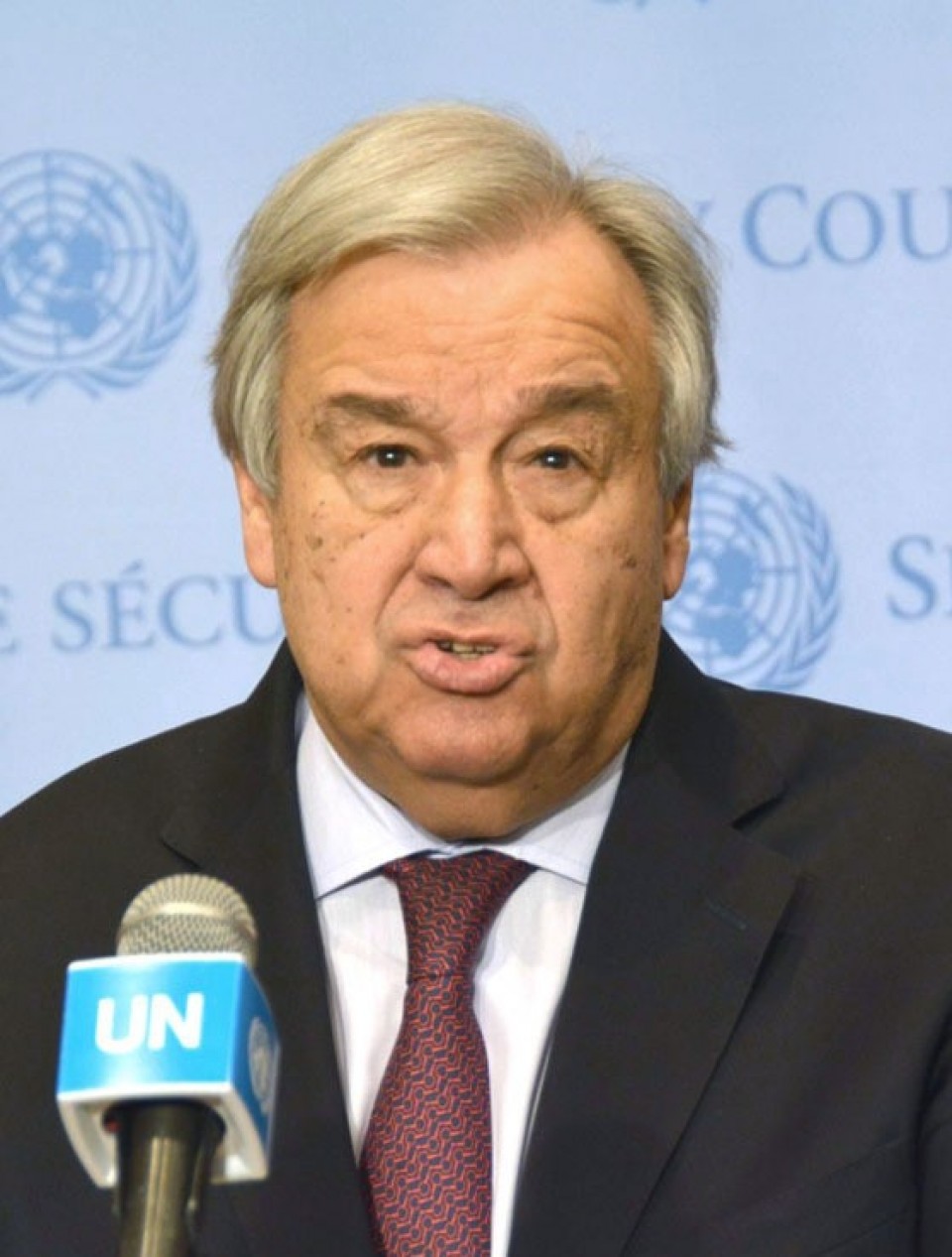 "Recent events have highlighted the dangers posed by nuclear weapons and have further underscored the urgent need for their total elimination," he said in a written interview.

Russia's invasion of Ukraine, which began in February, has led to concern Moscow may follow through on threats to use nuclear weapons.

There is also disquietude over efforts by China and North Korea to expand their nuclear capabilities, with the United States warning Pyongyang may conduct its seventh nuclear test soon.

Guterres said he expects the treaty, which forbids the development and use of nuclear weapons, to become a "complementary part of the nuclear non-proliferation and disarmament regime" which it will strengthen through "its important focus on the humanitarian consequences of nuclear weapons."

He said the meeting, along with the 10th review conference of the Treaty on the Non-Proliferation of Nuclear Weapons slated for August in New York, will be "important opportunities to make progress" toward a world without nuclear weapons.

Japan, the sole country to have suffered atomic bombings, rightfully regards itself as a bridge builder between nuclear and non-nuclear states, the U.N. chief said.

"States will look to Japan for moral leadership to overcome divisions in order to make progress towards the shared goal of a world free of nuclear weapons," he added.

Prime Minister Fumio Kishida, who represents an electoral district in Hiroshima, a city devastated by U.S. nuclear bombs in 1945 along with Nagasaki, has been seen as keen to work on that goal. He accompanied then U.S. President Barack Obama on a visit to Hiroshima in 2016 where the American leader called for a "world without nuclear weapons."

Japan has a long-standing security alliance with the United States -- one of the five nuclear-weapon states under the non-proliferation treaty along with China, France, Britain and Russia -- that offers the protection of Washington's nuclear umbrella.

Kishida said Wednesday he will not attend the Vienna meeting. The Japanese government will send a representative to a conference on the humanitarian impact of nuclear weapons held in the same city on Monday next week.

He is considering going to the NPT conference, according to a government source.