Chicago Cubs rookie Seiya Suzuki's hot start to his MLB career has been derailed by a finger injury, but the slugging outfielder said Tuesday he will aim to miss as few games as possible and return better for the break. 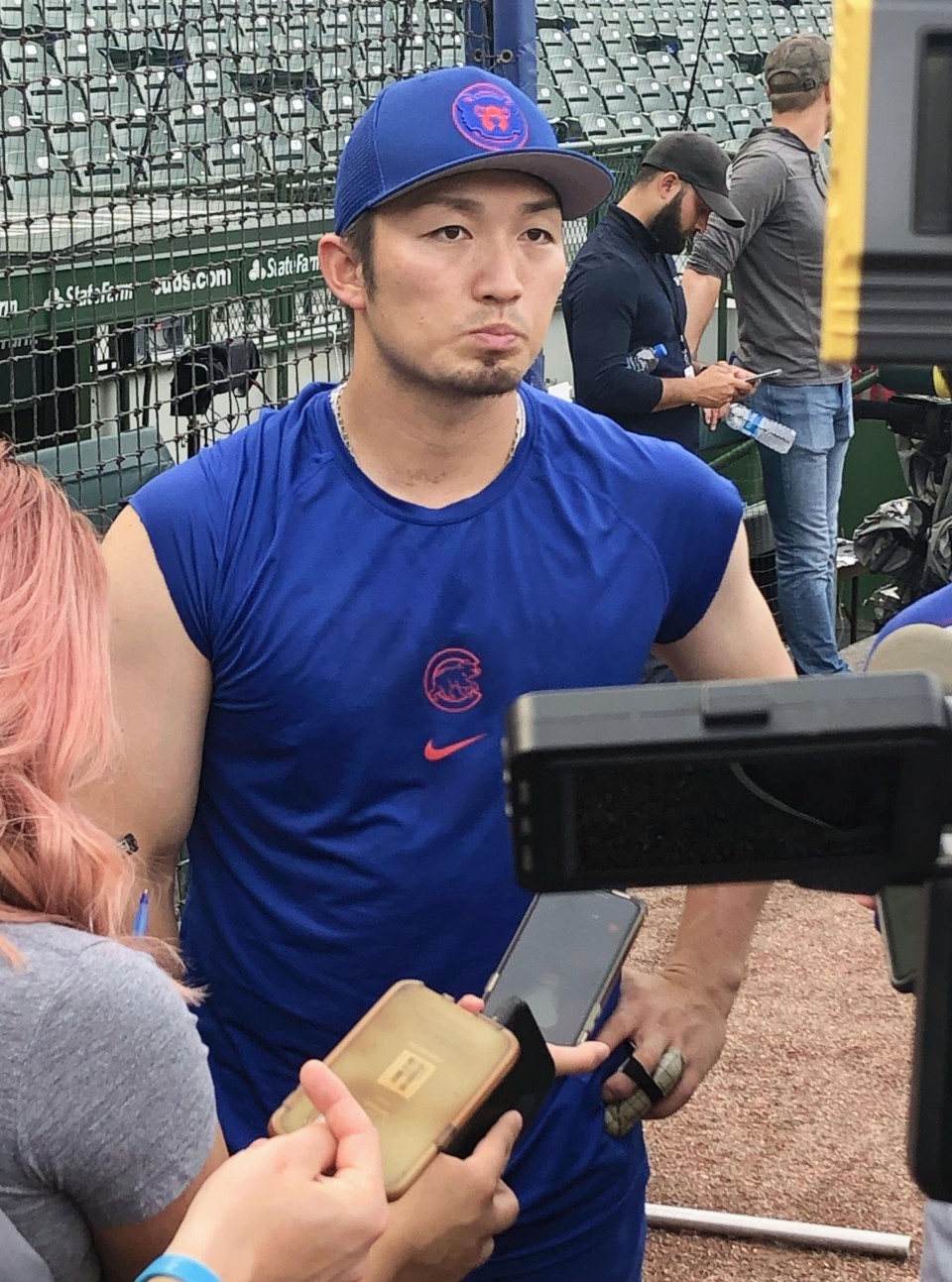 Seiya Suzuki of the Chicago Cubs speaks to reporters in Chicago on May 31, 2022. (Kyodo)

Suzuki jammed his left ring finger sliding into second base in the third inning of Thursday's game in Cincinnati and left the game an inning later. He was diagnosed with a finger sprain and placed on the 10-day injured list, dated back to Friday.

"This is the last thing I wanted but it can't be helped. I hope to use this break wisely," Suzuki said.

"The good news is, despite the way I jammed my finger, it's not broken. I really want to play as soon as possible."

He said with the ligament strain and bruising, it hurts to wear a fielding glove and even wash his hair. On Tuesday, he could only play catch bare-handed and said he will not head back to batting practice until the pain subsides.

The earliest possible return date for the 27-year-old Japanese is June 6, with the Cubs visiting the Baltimore Orioles a day later for a two-game series. The Cubs have nine games within a seven-day span while Suzuki is out.

Suzuki has four home runs and 21 RBIs with a .245 batting average in 41 games for Chicago. He was named National League Rookie of the Month for April.