The Japanese yen fell to a fresh 20-year low against the U.S. dollar Tuesday, briefly touching the 133 line, on expectations that the interest rate gap will widen between Japan and the United States.

The Japanese currency sank to 133.00 against the dollar at one point during Tokyo trading, the lowest level since April 2002, as expectations grew that the U.S. Federal Reserve will continue its aggressive monetary tightening. 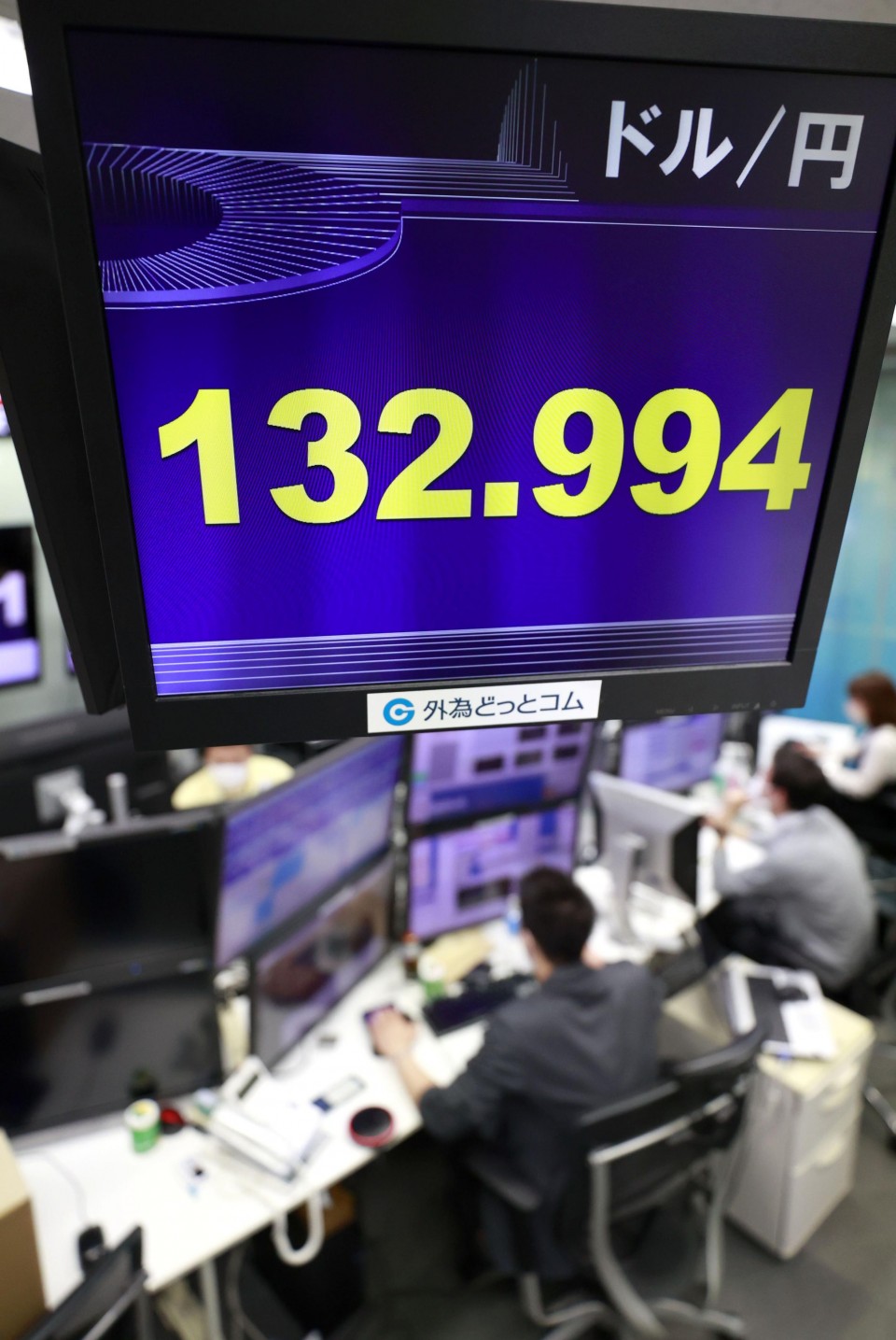 The yen's renewed drop came after Bank of Japan Governor Haruhiko Kuroda said Monday the central bank will stick to its powerful monetary easing to realize its 2 percent inflation goal in a sustainable way.

He reiterated the policy outlook in parliament on Tuesday morning after the yen briefly tumbled to around the 132 line in New York. The Japanese unit further lost ground in Oceania and Tokyo trading.

On the top-tier Prime Market, gainers were led by food, pharmaceutical and information and communication issues.

The Fed is expected to decide on another interest rate hike following its two-day policy meeting from June 14. The central bank decided to conduct rate increases during its meeting in March and May to address high inflation in the United States.

"After Governor Kuroda's comments in parliament in the morning, investors further tested the dollar's upside as they thought the BOJ will tolerate the yen's weakness even at the 132 level," said Yuji Saito, head of the foreign exchange department at Credit Agricole Corporate & Investment Bank in Tokyo.

"Investors will likely test the 135 range, the dollar's highest level in 2002. There is nothing that could stop that from happening," he added.

The Japanese government was on alert Tuesday, with Finance Minister Shunichi Suzuki telling reporters, "We are paying close attention to developments in the foreign exchange market and their impact on the Japanese economy."

A weaker yen has already led to higher import costs that have subsequently raised the prices of energy and many other products.

The bellwether 10-year Japanese government bond was untraded during the day for the second straight session during regular trading hours.

On the stock market, the benchmark Nikkei briefly rose above the 28,000 mark for the first time in more than two months, lifted by export-related shares that were bought on the yen's weakness.

However, the index's gains were trimmed toward the end of trading as investor sentiment was dented by a fall in U.S. stock futures, brokers said.