Shohei Ohtani went to the mound on a mission Thursday and accomplished it with seven effective innings and a two-run homer for the Los Angeles Angels, who snapped a franchise-worst 14-game skid 5-2 against the Boston Red Sox.

As the Angels' starting pitcher, Ohtani (4-4) limited the damage to one run on four hits and two walks in a 100-pitch, six-strikeout performance in front of 28,595 fans at Angels Stadium.

"I took the mound with the feeling that I was going to stop this (losing streak)," Ohtani said. 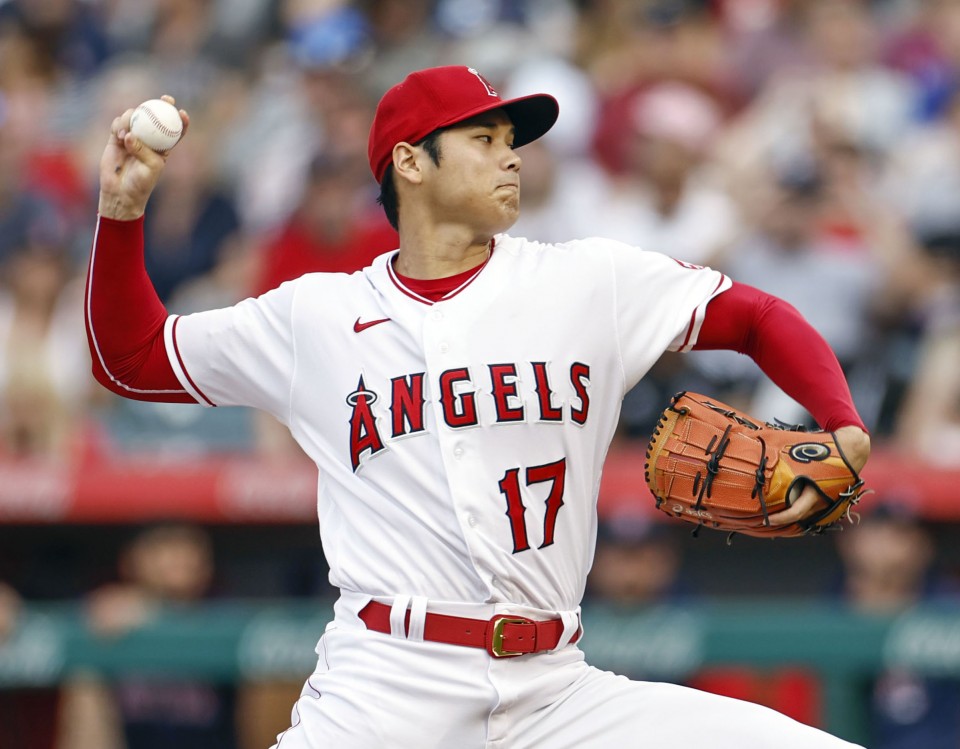 Shohei Ohtani of the Los Angeles Angels pitches in a baseball game against the Boston Red Sox on June 9, 2022, at Angel Stadium in Anaheim, California. (Kyodo) ==Kyodo

Ohtani was playing his 10th two-way game of the season in the finale of a four-game home series. It was the first time since August 2021 that Ohtani posted a win and homered in the same game.

The 27-year-old Japanese allowed the visitors to get on the scoreboard first, with an RBI sacrifice fly in the fifth, but he more than made up for his mistake in the bottom half of the same inning with his 394-foot blast off Nick Pivetta (5-5) that dragged the Angels into the game.

"Although I gave up the first run, I think the big thing was keeping them scoreless after that," Ohtani said.

The homer was Ohtani's 12th of the season, eighth-most in the American League. He went 2-for-4 with two strikeouts. 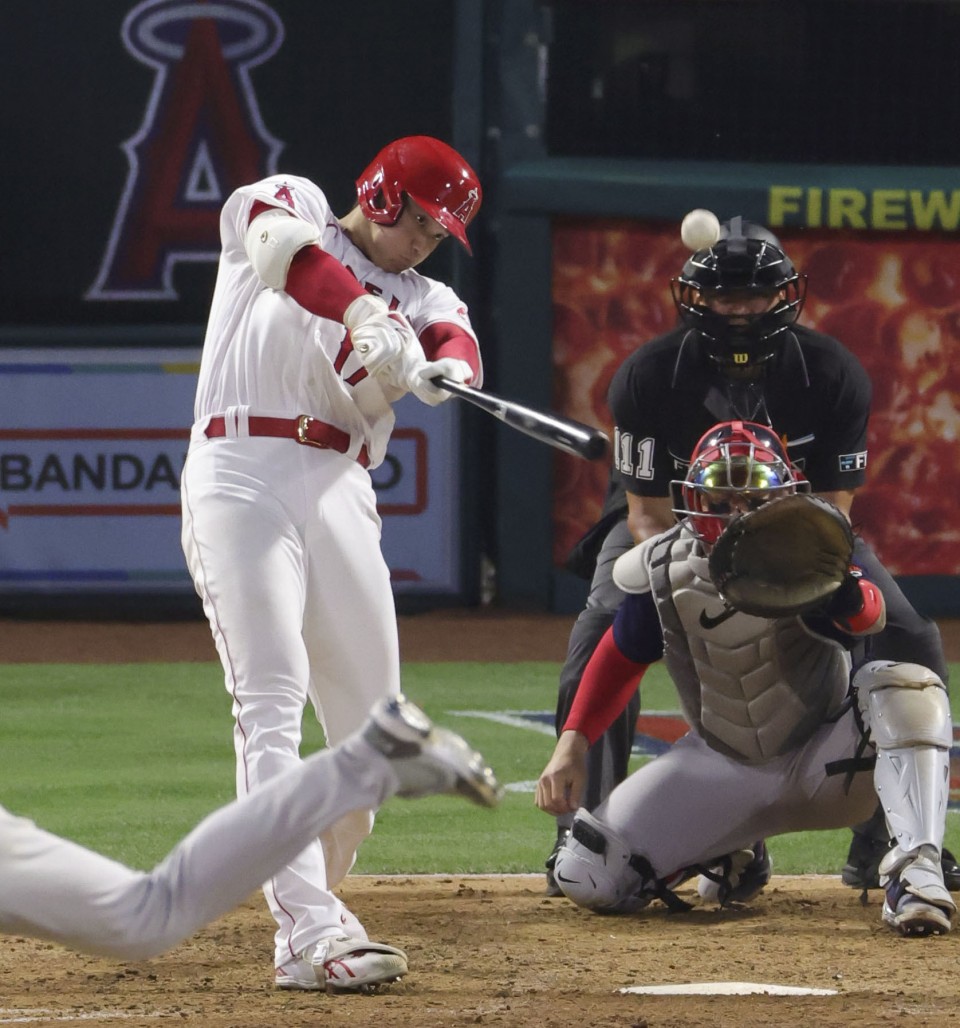 Shohei Ohtani of the Los Angeles Angels hits a two-run home run in the fifth inning of a baseball game against the Boston Red Sox on June 9, 2022, at Angel Stadium in Anaheim, California, his 12th homer of the season. (Kyodo) ==Kyodo

"To see him hit a home run while he's going out there for seven innings, that's impressive," Red Sox manager Alex Cora said. "That's why I keep saying he's the best athlete in the world....It's eye-opening. It's unreal."

Boston reliever Hirokazu Sawamura inherited a no-out, two-on situation in the sixth and gave up a three-run homer to Andrew Velazquez. Sawamura was charged with one earned run.

Ryan Tepera gave up a run in the eighth, but Raisel Iglesias retired the last three batters to secure the victory, the Angels' first since May 24 and the first for interim manager Phil Nevin.

"He (Ohtani) took us. He carried us on his back," Nevin said.