Seven Russian warships passed near the Izu Islands south of Tokyo this week, the Defense Ministry said Friday, as Japan is on alert over increasing military activity by Russia and China near its territory.

The vessels, which had sailed southward off Hokkaido in the Pacific Ocean, were spotted in the sea near uninhabited islets of the Izu Islands from Thursday into Friday, marking the first instance of Russian warship navigation in the area since last October. At that time, a total of 10 warships from China and Russia passed through while circumnavigating the Japanese archipelago.

According to the Joint Staff, vessels and patrol aircraft of the Maritime Self-Defense Force monitored the movements of the Russian warships.

The Russian ships were spotted on Thursday morning at a location 180 kilometers southeast of the eastern tip of the Boso Peninsula in Chiba Prefecture, near Tokyo.

The Joint Staff also revealed that two Chinese missile destroyers sailed in the Sea of Japan after passing the Tsushima Strait off Kyushu, and went through the Soya Strait into the Okhotsk Sea. 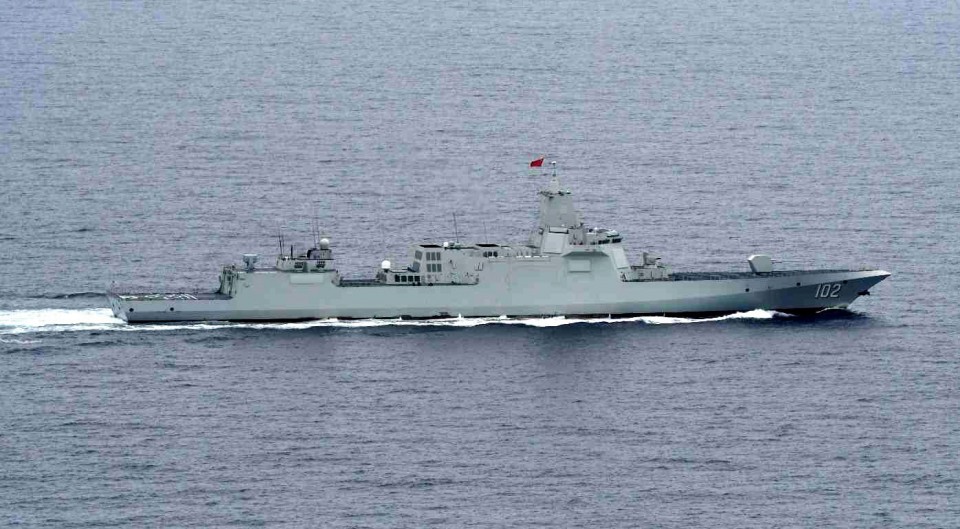 A Chinese missile destroyer is seen sailing through the Soya Strait off Japan's northernmost main island of Hokkaido in an undated photo. (Photo courtesy of Joint Staff)(Kyodo)