More than 1,000 people were reportedly at the shopping mall in Kremenchuk at the time of the missile strike, according to Ukrainian President Volodymyr Zelenskyy who posted a video online showing what appeared to be the shopping mall engulfed in flames and said the site had no strategic value.

The death toll was expected to rise, with Zelenskyy quoted by CNN as saying, "The number of victims is impossible to imagine."

The incident prompted the Group of Seven leaders at their gathering in Germany to condemn what they called the "abominable attack" on the shopping mall, noting that indiscriminate strikes against innocent civilians constitute war crimes.

"We stand united with Ukraine in mourning the innocent victims of this brutal attack," the leaders of the G-7 nations -- Britain, Canada, France, Germany, Italy, Japan and the United States, plus the European Union -- said in a statement. 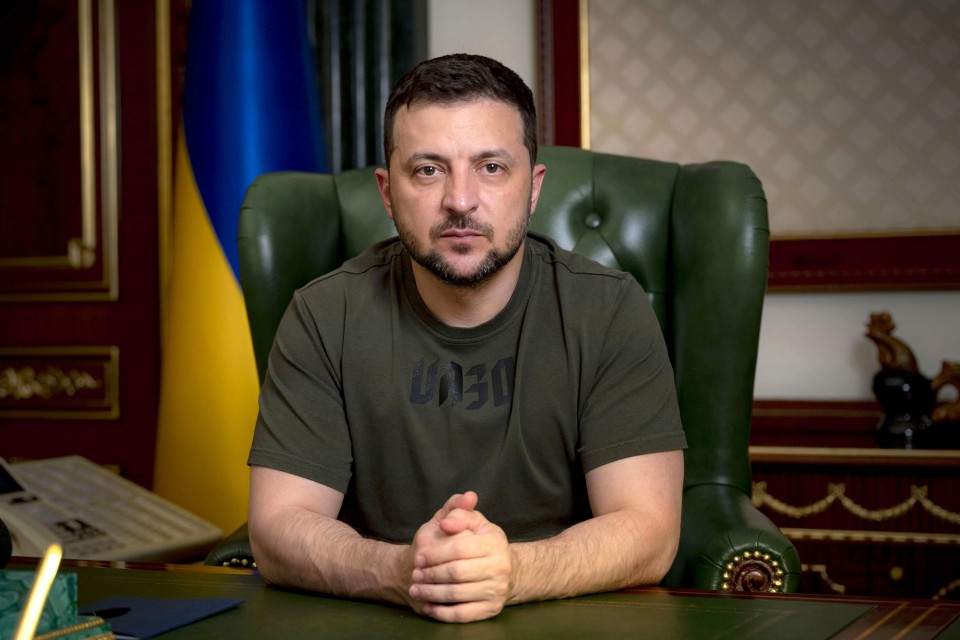 Ukrainian President Volodymyr Zelenskyy speaks about a Russian missile attack on a shopping mall in central Ukraine on June 27, 2022. (Photo courtesy of the Ukrainian presidential office)(Kyodo)

During the three-day G-7 summit that started Sunday, the countries have been working to increase pressure on Russia to stop its military campaign in Ukraine, which it launched in late February.

"We will continue to provide financial, humanitarian as well as military support for Ukraine, for as long as it takes," the G-7 statement said.

White House National Security Adviser Jake Sullivan told reporters in Germany that the U.S. administration of President Joe Biden is in the process of finalizing fresh military aid for Ukraine, such as an air defense system.

In the face of Ukraine's strong resistance, the Russian military has recently stepped up its missile attacks throughout the Eastern European country.