Japan cruised past Finland 5-1 in a women's international friendly Monday, wrapping up their two-game European trip with another thumping win following their 5-0 victory over Serbia three days earlier.

Nadeshiko Japan went ahead through a 13th-minute own goal before Adelina Engman leveled for the home side with a low strike five minutes later, but Futoshi Ikeda's triple substitution made a telling impact for Japan at Veritas Stadium. 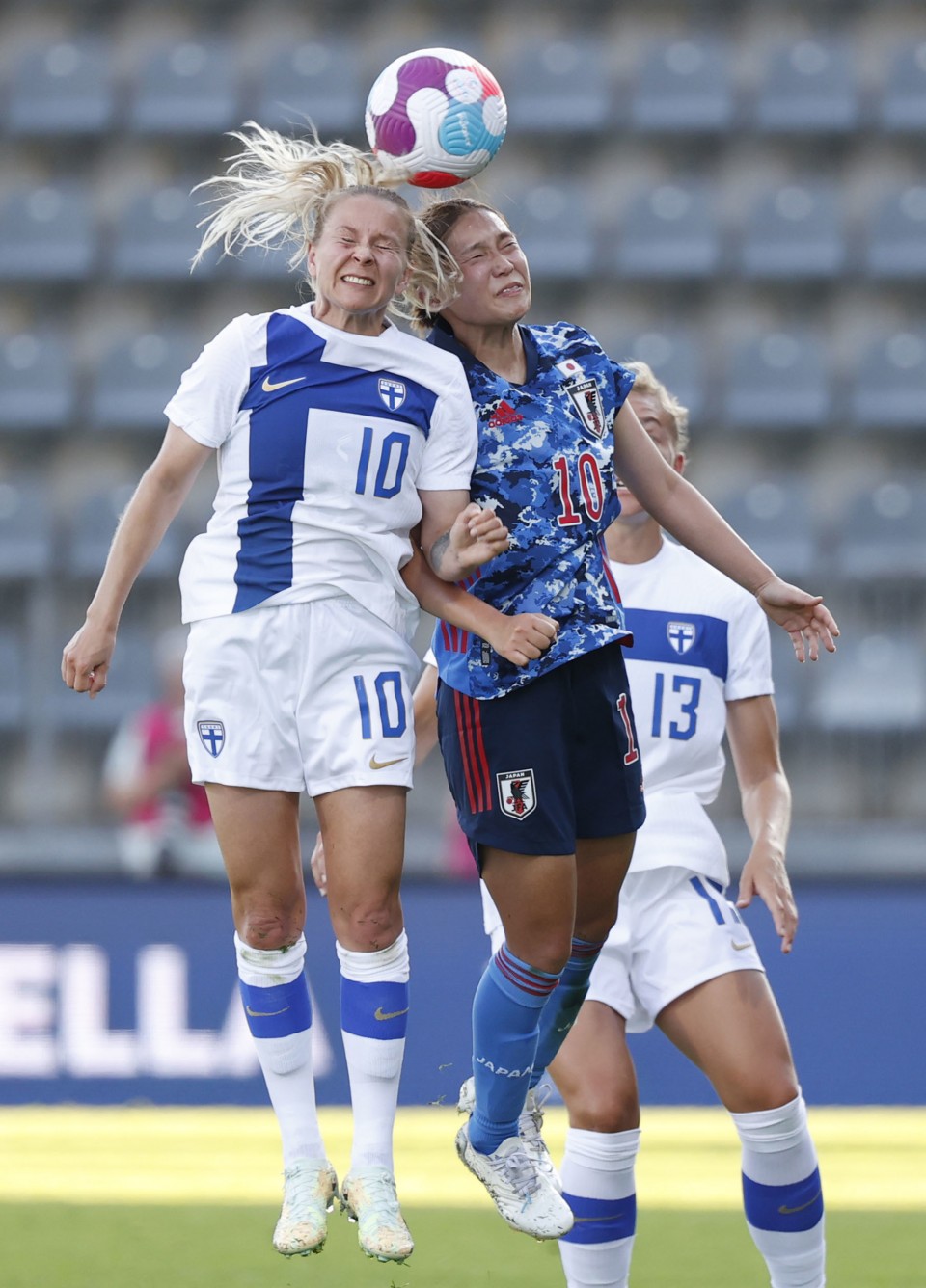 Fuka Nagano (R) of Japan and Emmi Alanen of Finland vie for the ball in an international friendly in Turku, Finland, on June 27, 2022. (Kyodo)

Jun Endo steered home a low cross from the right two minutes into the second half and Hana Takahashi bundled home from a corner in the 58th minute as Japan, 13th in the FIFA rankings, seized control against 29th-ranked Finland.

Riko Ueki, on at the break, scored for the fifth straight game in the 74th minute, controlling the ball on her chest before hitting a superb volley high into the net from a tight angle, with fellow substitute Yui Hasegawa scoring a penalty a minute from time.

"There were lots of opportunities for us to score more, and I want to continue pursuing clinical finishing as an attacker," said Endo, who was also involved in two other goals playing on the left of midfield.

Manager Ikeda was pleased with another big win as he prepares his team for the World Cup next year in Australia and New Zealand.

"We could score against European sides through various combinations," he said.