Hayashi told an online press conference after a meeting in Manila with Marcos, who took office the same day, that the two countries will also bolster bilateral ties and aim to resume active people-to-people exchanges toward economic recovery in a post-coronavirus pandemic era. 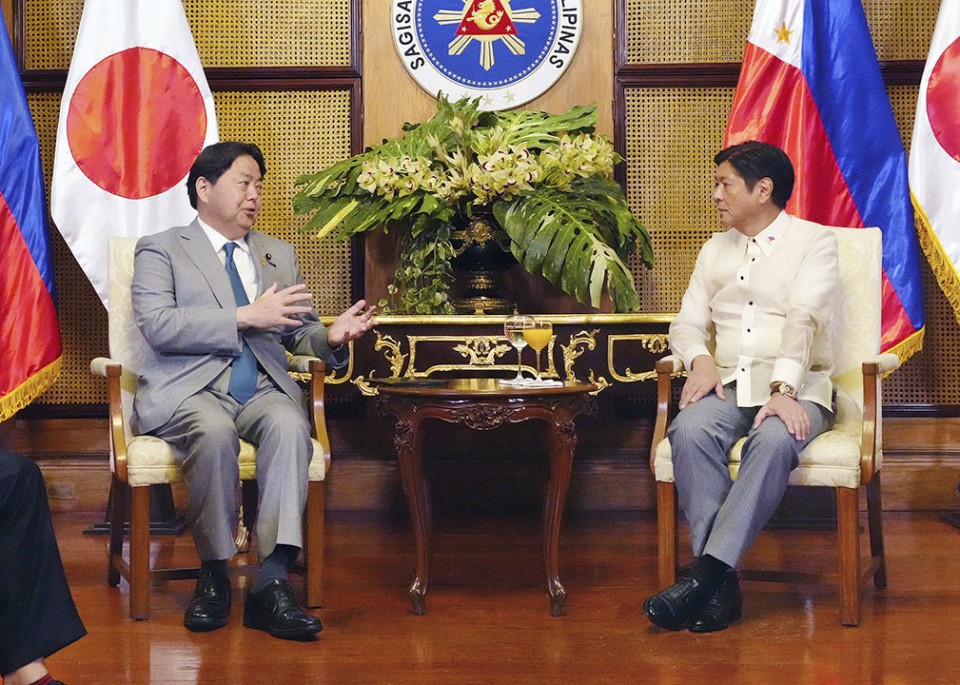 "It is essential to further beef up relations with the Philippines, our important strategic partner in the region, in the fields of national security and maritime safety toward a free and open Indo-Pacific," said Hayashi, adding that Tokyo will support Manila's efforts to enhance equipment of its coast guard.

Hayashi's visit came as Japan aims to strengthen relations with the new Philippine administration amid China's intensifying military activities in the East and South China seas, where Tokyo and Manila, both U.S. allies, are respectively challenged by Beijing's territorial claims.

The Japanese minister is on his three-day trip from Wednesday to the Southeast Asian country. He attended the inauguration ceremony of Marcos, the son and namesake of the late Philippine dictator, held earlier Thursday in the capital as a special envoy of Prime Minister Fumio Kishida.