An aging nuclear reactor in central Japan's Fukui Prefecture will resume operating in August, about two months earlier than scheduled, with the unit expected to help ease tight electricity supply conditions during the busy summer season, its operator said Friday.

After being offline for about 10 years, Kansai Electric Power Co.'s Mihama No. 3 reactor initially restarted in June last year, becoming the first nuclear unit to operate beyond the government-mandated 40-year service period introduced under new rules set after the 2011 Fukushima disaster.

But the No. 3 unit was then suspended just four months after its restart after failing to meet the Oct. 25 deadline set by regulators to implement antiterrorism measures. 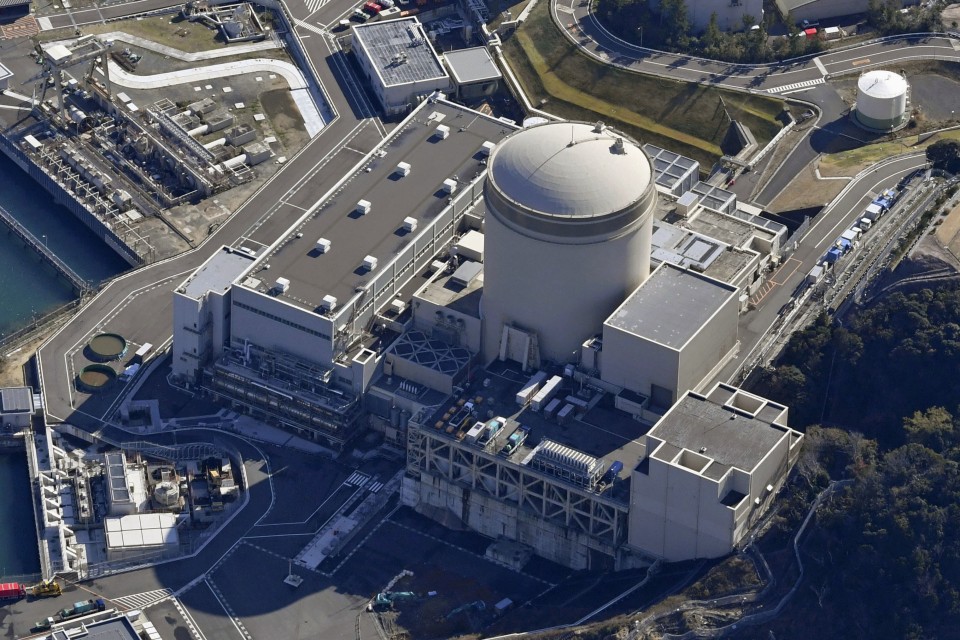 Kansai Electric said it will now start operation of a designated safety facility in late July and thus bring forward the schedule for the reactor's restart from Aug. 12.

With the reactor back online, it is hoped the country's power reserve rate, except for Hokkaido and Okinawa, in August will improve to 4.7 percent from 4.4 percent. The reactor was initially scheduled to operate from Oct. 20.

While the No. 3 unit was given the green light to operate, the Nos. 1 and 2 units of the plant in Mihama on the Sea of Japan coast were terminated in April 2015 in line with the 40-year limit.

Disaster-prone Japan has recently been struggling to provide stable power supply, with most of its nuclear power plants remaining offline under stricter safety regulations imposed since the Fukushima nuclear accident and an increasing number of aging thermal power plants being shut down.

"We will operate our nuclear plants in a safe manner while considering current challenges in the power supply and demand," Kansai Electric said in a statement.

Even so, power supply still looks tight this summer as the government projects the reserve rate to drop to 3.1 percent in July, just 0.1 point above the required level for stable power supply.

Economy, Trade and Industry Minister Koichi Hagiuda on Friday urged the public again to save energy such as by setting air conditioning to 28 C, turning off unnecessary lights and avoiding stacking too much food in refrigerators.