Bank of Japan Governor Haruhiko Kuroda made a rare apology Tuesday for saying at an event the previous day that consumers have become more "tolerant" of price hikes, following criticism that the remark was inappropriate.

"I did not mean that consumers are voluntarily accepting the price increases. I apologize if my words led to a misunderstanding," he told reporters at the prime minister's office. 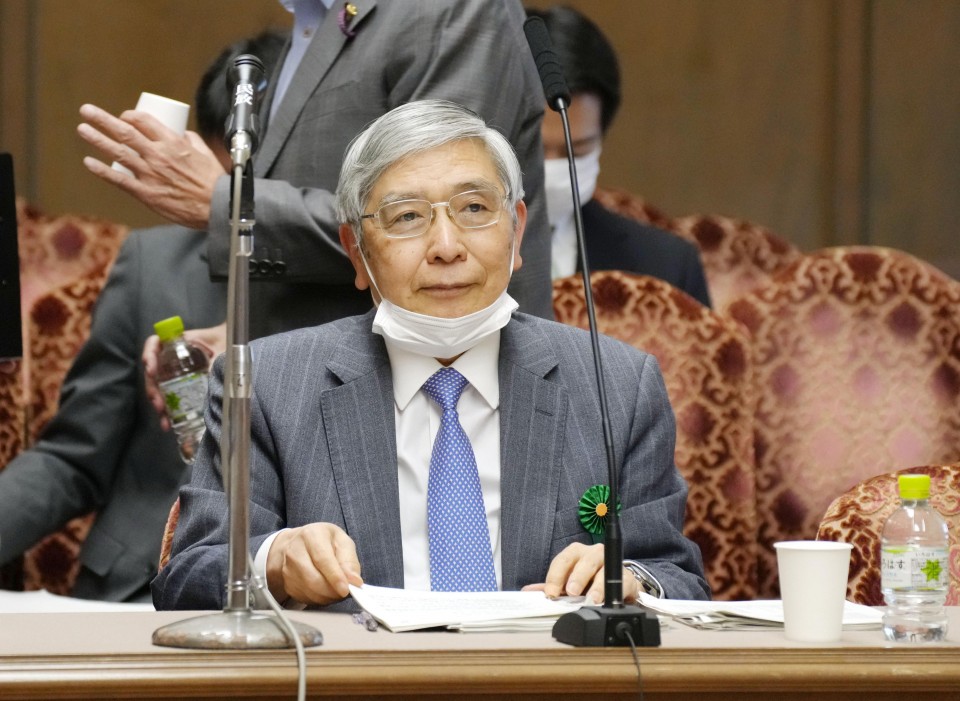 Kuroda clarified that he made the comments in the context of the "growing need for wage increases" and that he rather felt consumers are "being forced to accept the price hikes as a painful choice."

The original remark was made at an event organized by Kyodo News on Monday in reference to a survey conducted by University of Tokyo professor Tsutomu Watanabe, in which more than half of the respondents said a 10 percent price hike on a product they frequently bought would not deter them from buying it from the same store.

"One hypothesis is that being 'forced to save' during behavioral restrictions imposed by the coronavirus pandemic may have led to improvements in consumers' tolerance for price increases," Kuroda had said.

The remark in question was included in notes that the BOJ chief mostly read from during his speech, and the notes were believed to have been prepared in advance by him and his staff.

At a House of Councillors panel meeting on finance and monetary affairs on Tuesday, Kuroda also clarified that his comments were made in the context of emphasizing the importance of wage increases.

"I accept the criticism about whether it was appropriate to phrase it as tolerance of price hikes," he said.