Japan and Singapore will start negotiations to reach a deal on the transfer of defense equipment and technology, Prime Minister Fumio Kishida said Saturday, setting the stage for more security cooperation in a region facing challenges by an assertive China.

During a summit meeting, Kishida and Singapore counterpart Lee Hsien Loong agreed on the launch and jointly defend the rules-based order after Russia's invasion of Ukraine sent ripples to the Indo-Pacific region. 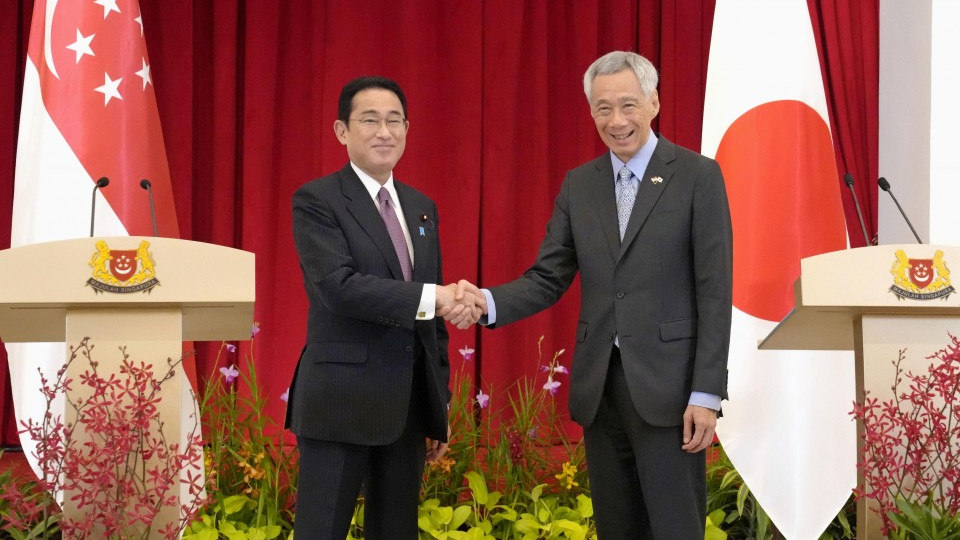 Japan has been deepening ties with the Association of Southeast Asian Nations as it promotes a "free and open" Indo-Pacific, with Indonesia, Malaysia, Thailand, the Philippines and Vietnam among the 12 nations that Japan has signed similar defense equipment transfer agreements with.

"Japan is resolved to reinforce cooperation with like-minded nations including Singapore in bringing new developments toward a free and open Indo-Pacific," Kishida told a joint press briefing with Lee. "We agreed to move toward more concrete security cooperation."

Japan is alarmed by the prospect that the crisis in Ukraine could be replicated in Asia, given tensions between China and Taiwan remain escalated and some ASEAN members are embroiled in territorial disputes with Beijing.

Incursions by Chinese ships into waters around the Senkaku Islands, uninhabited islets administered by Japan but claimed by China, have kept Japanese authorities on alert.

Kishida said he expressed "strong opposition" to any attempts to change the status quo by force in the East and South China seas and economic coercion --- a phrase apparently aimed at China.

Since Russia launched its attack on Ukraine in late February, Kishida has stressed the need for the international community to be united in their responses, and he imposed sanctions on Moscow in coordination with other Group of Seven nations including the United States.

Singapore is the only ASEAN member that has imposed sanctions, as some in the 10-nation group are apparently cautious about taking such a measure due to their close ties with Russia.

"First and foremost, we strongly condemn Russia's aggression in Ukraine and shared the view that any infringement of sovereignty and territorial integrity or the use of force to change the status quo should and will never be tolerated," Kishida said, adding that the two leaders will cooperate in enforcing sanctions against Russia effectively.

In the joint press briefing, Lee said Singapore is a "staunch supporter" of international law and the U.N. Charter. 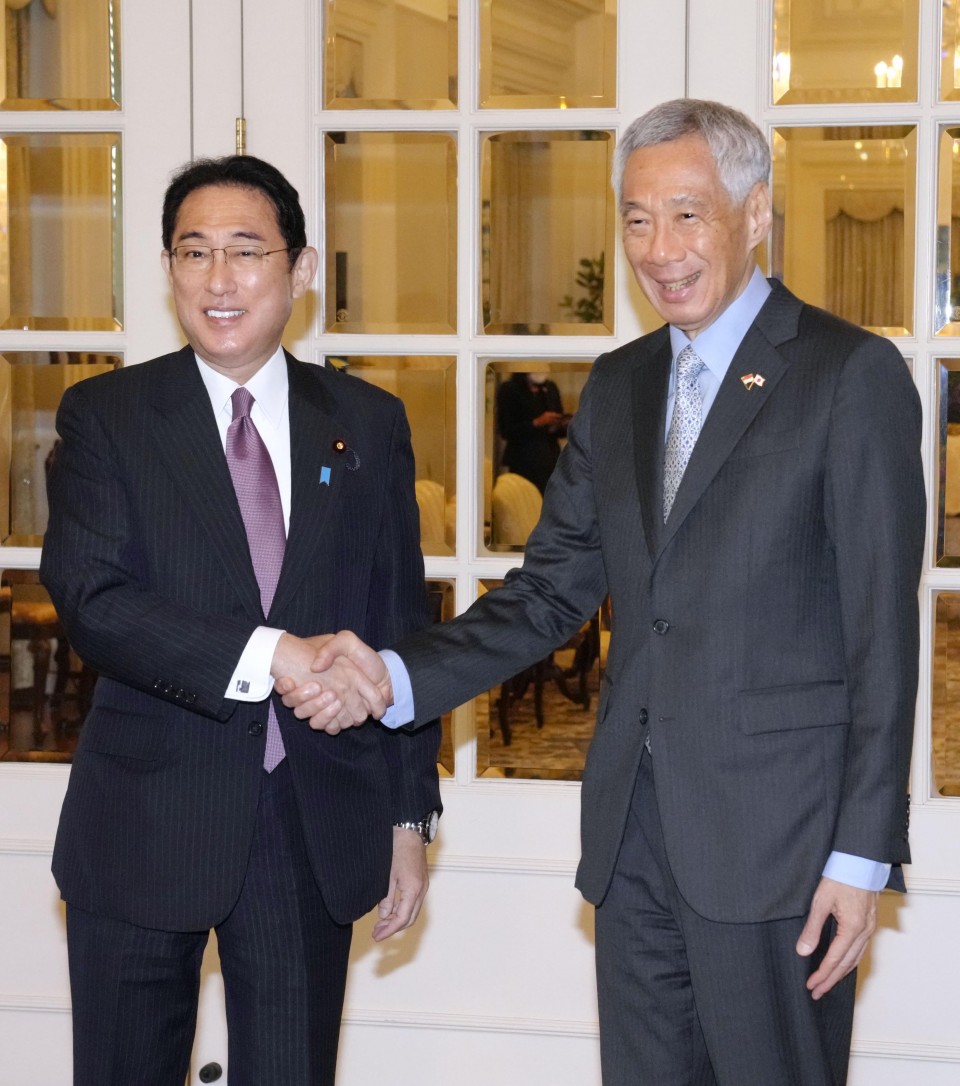 "On the situations in the East China Sea and the South China Sea, Singapore hopes that all parties will exercise restraint and maintain dialogue in order to preserve regional peace and stability," Lee said.

"The issues are complex and unlikely to be resolved soon but they should continue to be managed peacefully in accordance with international law," he added.

At the Shangri-La Dialogue, the region's major security forum, Kishida said Friday that Japan will be more "proactive" in boosting its engagement and will draw up an action plan for a "free and open" Indo-Pacific by next spring.

To deepen economic ties, the Japanese and Singaporean leaders agreed to hold bilateral consultations at an early date to build more robust supply chains and enhance cooperation in digital technology.

Japan and Singapore are both members of the 11-member Trans-Pacific Partnership free trade agreement and the Indo-Pacific Economic Framework, a new initiative led by U.S. President Joe Biden as a pushback against an assertive China.

Lee underscored the importance of Japan as a key business and leisure destination for Singaporeans and vice versa.

"We welcome Japan's easing of its border measures and hope it will pave the way for further reopening to international travel and the full restoration of flight connectivity," Lee said, referring to Japan's policy shift to gradually start accepting foreign tourists after the COVID-19 pandemic led to an entry ban.

During his two-day trip to Singapore, Kishida also met with Singapore President Halimah Yacob and discussed cooperation in digitalization, restoring cross-border travel, along with efforts to address climate change, according to both governments.