The Japanese government and the Bank of Japan said Friday they are concerned about the recent rapid weakening of the yen against the U.S. dollar.

"The government and the Bank of Japan will cooperate closely and monitor developments on the currency market and its impact to the economy and commodity prices with even more vigilance," they said in a joint statement issued also with the Financial Services Agency as their officials held a meeting.

The expression of concern came after the yen briefly sank to a 20-year low against the U.S. dollar in the mid-134 yen range on Thursday. It is the first time they issued a statement after a joint meeting, according to the Finance Ministry. 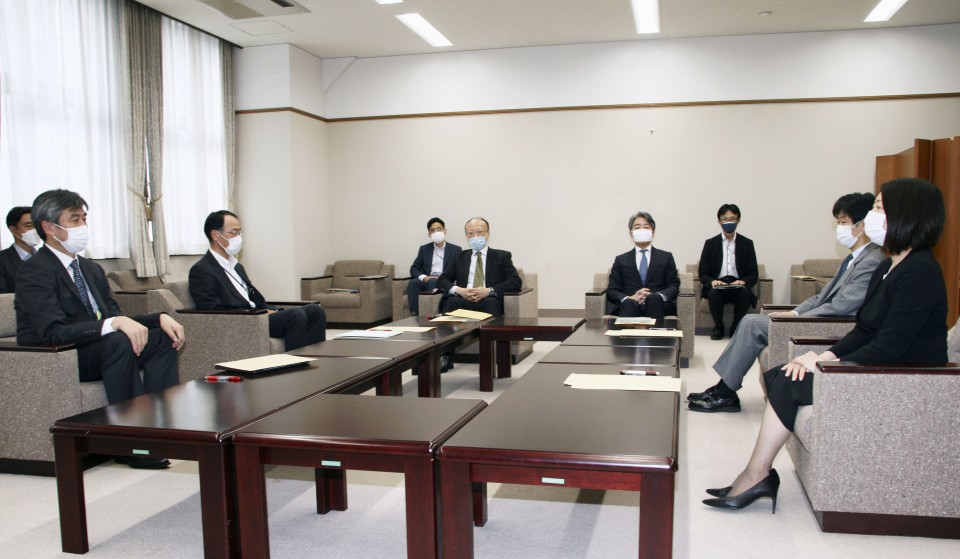 Senior officials of Japan's Finance Ministry, Financial Services Agency and the Bank of Japan meet in Tokyo on June 10, 2022. (Kyodo)

Asked about the possibility of market intervention by the government and the BOJ, Masato Kanda, vice finance minister for international affairs, told reporters that "every option" will be considered.

The Japanese currency has dropped amid prospects for a divergence in monetary policy between Japan and the United States. While the U.S. Federal Reserve decided in March to raise key interest rates to tackle high inflation, the BOJ has been sticking to its powerful monetary easing to keep the rates around zero percent.

The recent weak yen has become a headache for the resource-poor country as it inflates import costs for raw materials, including crude oil, that are surging following Russia's invasion of Ukraine.