Brothers Ryu and Rei Hayashi are aiming to create sumo history by becoming the first set of twins to reach the highest rank of yokozuna.

The 15-year-old identical twins from the Nishonoseki stable, who go by their ring names Hayashiryu and Rinko, say they are each other's "rival and emotional support" as they seek to break new ground in the ancient sport. 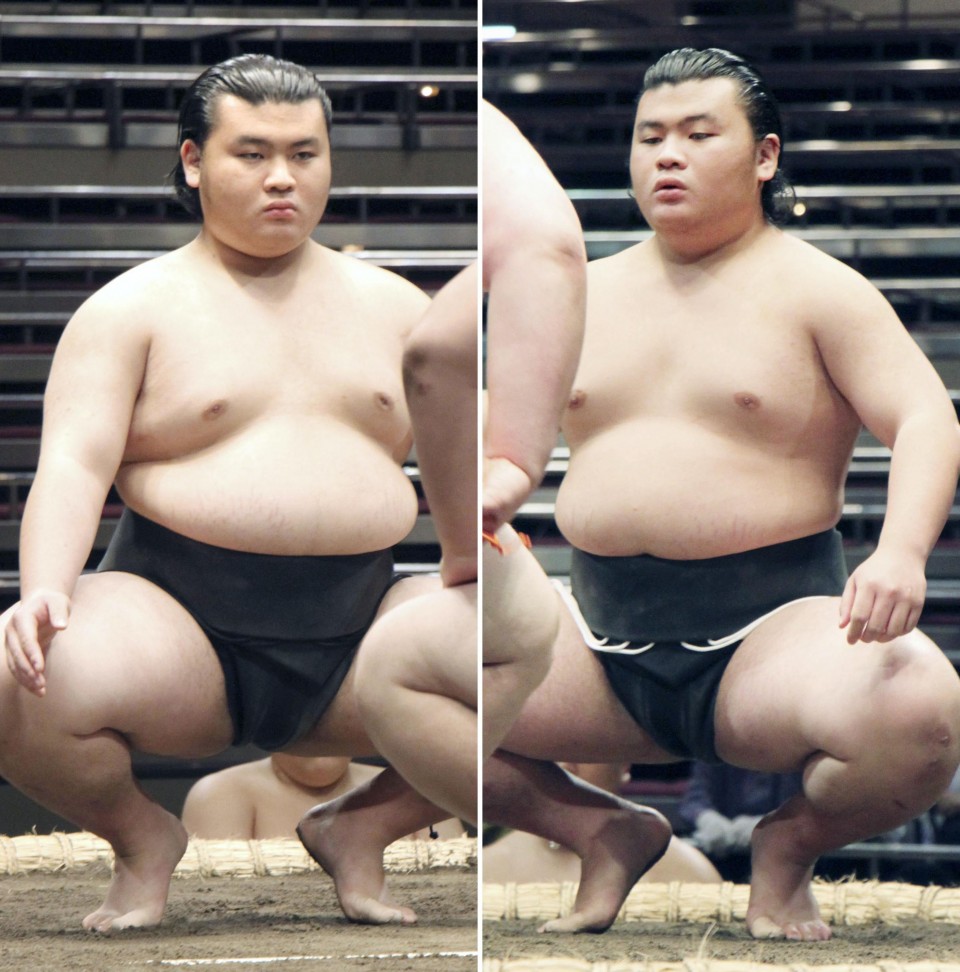 Combined photo shows Hayashiryu (L) and Rinko, who are seeking to become the first twins to reach yokozuna rank. (Kyodo)

"I want us to become the first-ever twin yokozuna," Ryu, who is the older of the two, said.

The Nagano Prefecture natives debuted in the lowest jonokuchi division at the recent Summer Grand Sumo Tournament at Tokyo's Ryogoku Kokugikan, where they registered identical winning records of 4-3.

Throughout the history of sumo, there have been several sets of siblings, some more successful than others.

No sumo brothers satisfied the fans' craving for a dramatic sibling rivalry more than Takanohana and Wakanohana, though, with the two sumo heroes in the 1990s becoming the first yokozuna brothers.

Among active wrestlers, Wakatakakage, at the third-highest sekiwake rank, is the youngest of a sumo brother triumvirate whose ring names are derived from the sons of a 16th-century warlord Mori Motonari, who is well known for the parable of the three arrows.

The eldest, Wakatakamoto, is in the lower makushita division, and the middle brother, Wakamotoharu, is a rank-and-filer in the top makuuchi division.

Wakatakamoto has yet to become sekitori, or a professionally ranked wrestler who earns a salary, so the three have not yet united at the elite makuuchi level.

In the spring of 2019, Kizakiumi joined his older brother Churanoumi in the juryo rank, becoming the 21st set of sekitori siblings in history. 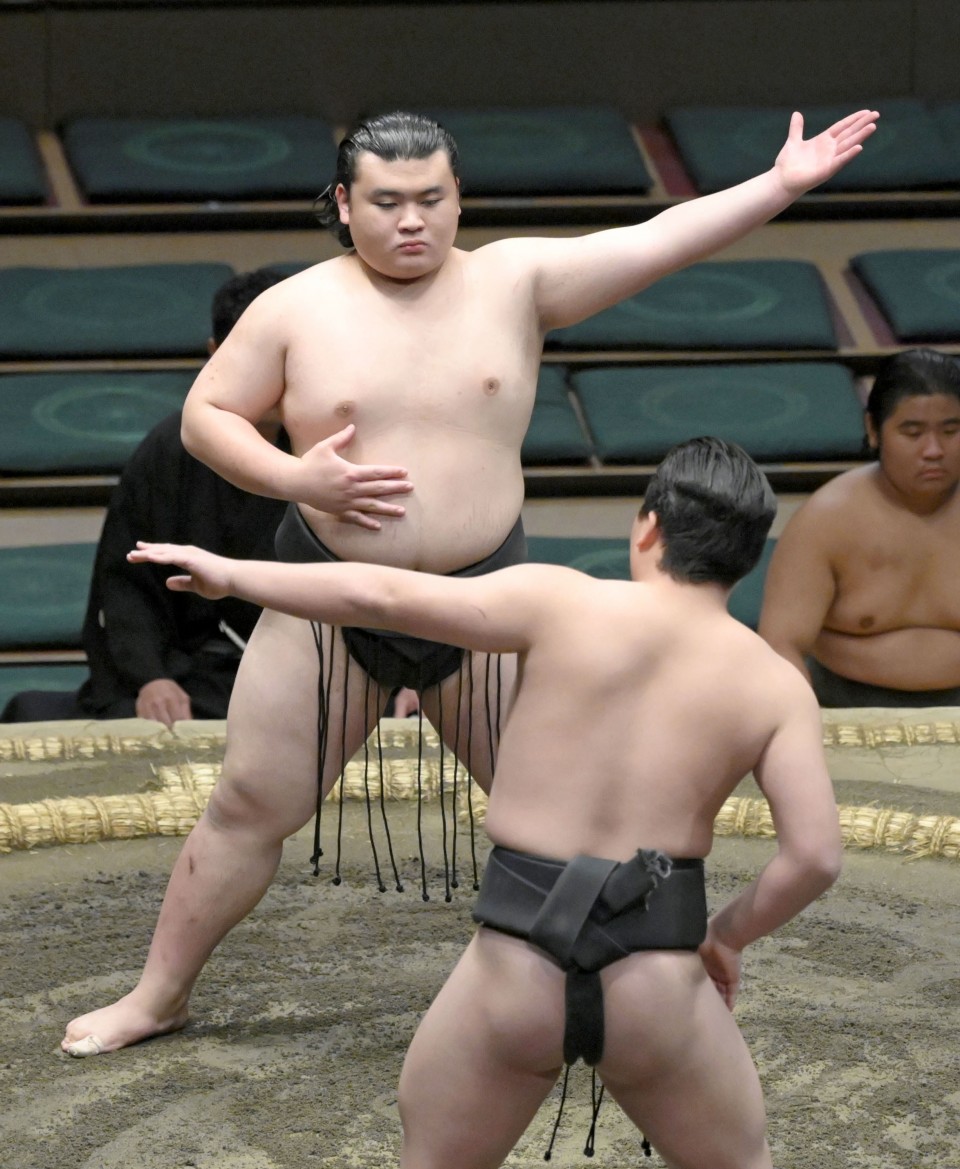 These brothers all pride themselves on being part of a rare breed, but the twins Ryu and Rei are allied in an even more unique pursuit.

They both took up the sport in fifth grade when they joined a sumo club that was home to current ozeki Mitakeumi. They were the runner-up finishers of the team event at the national junior high school sports competition last year.

The duo shares similar personalities, but Yuichi Kamimura, who coached them in junior high, says they have different strengths and trademark moves on the raised ring.

"They have a strong lower back, as if there's lead in it," Kamimura said.

"The younger brother, Rei, is quick with his opening attack, the hazu-oshi (armpit push). Ryu expanded his repertoire when he learned the tsuppari (slapping) technique," he said.

On May 8, the opening day of the summer basho, the Hayashi brothers took part in a ceremony presenting new recruits to the sport. 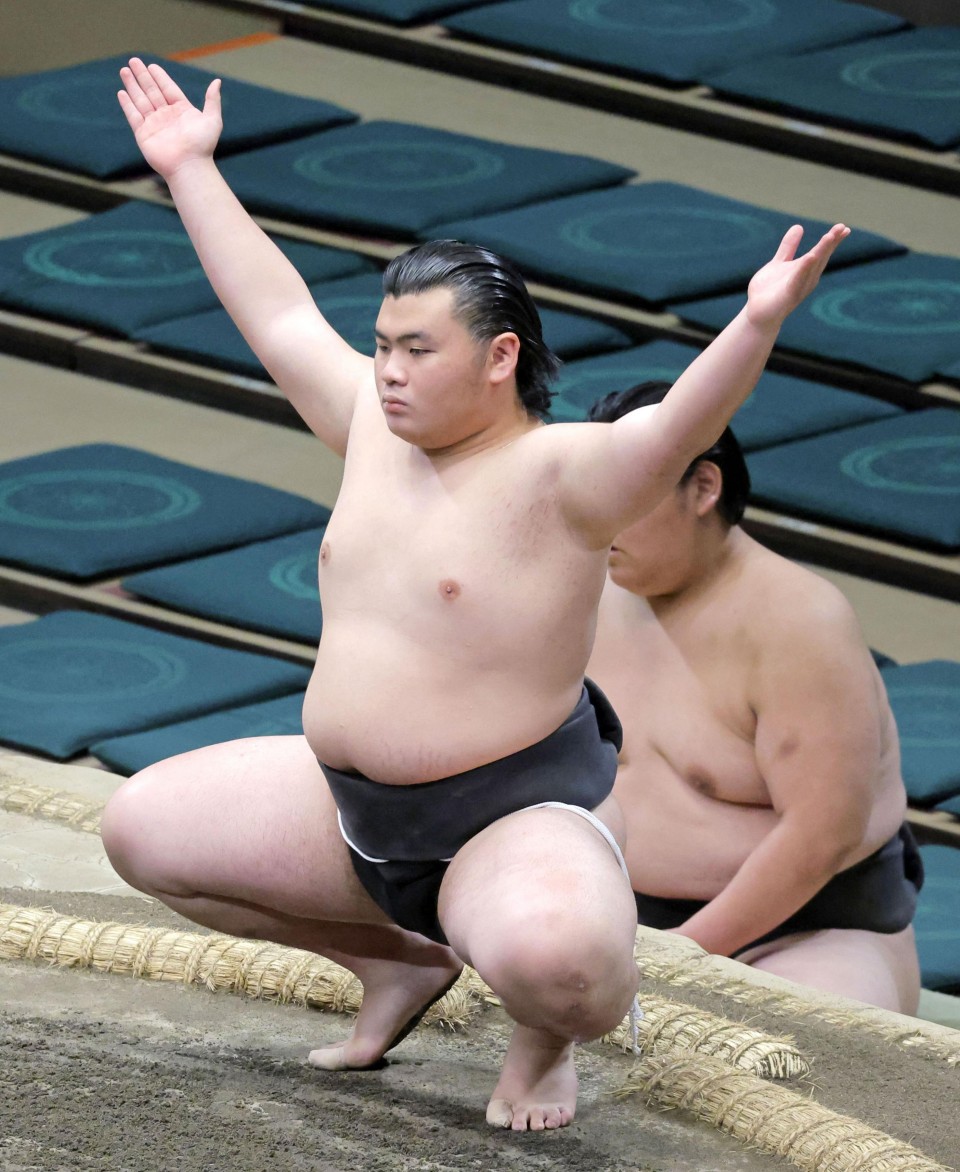 Rei said he chose Nishonoseki -- where he and his stablemates train, eat and sleep -- due to its record of innovation. The stable is based in Ibaraki Prefecture and headed by former yokozuna Kisenosato, who retired in 2019 and is now known as Nishonoseki.

The yokozuna-turned-stablemaster teaches his wrestlers the difference between fighting to win and fighting not to lose.

"My (stable) master and Mitakeumi are my role models," Rei said.

Kamimura thinks as wrestlers both Ryu and Rei have plenty of room for growth.

"If I were to rank them in terms of their talent level in junior high, it's Rei first, then Mitakeumi, then Ryu," he said.

While Kamimura has high expectations for the gifted twins, he knows how hard it is to succeed and flourish as a high-ranking wrestler. He encourages them to try anyway.

"I want them to be ambitious and savor every tournament," he said.