The Japanese government on Friday called for a revamp of old-fashioned labor practices, taxation and social security systems that have left the nation's gender gap largely intact for years, taking issue with the stereotypical notion of the roles expected of men and women.

A policy blueprint to promote women's economic empowerment states that the once deep-rooted belief that marriage guarantees women economic stability for the rest of their life is "a thing of the past" as more women choose to get divorced and live longer than before. 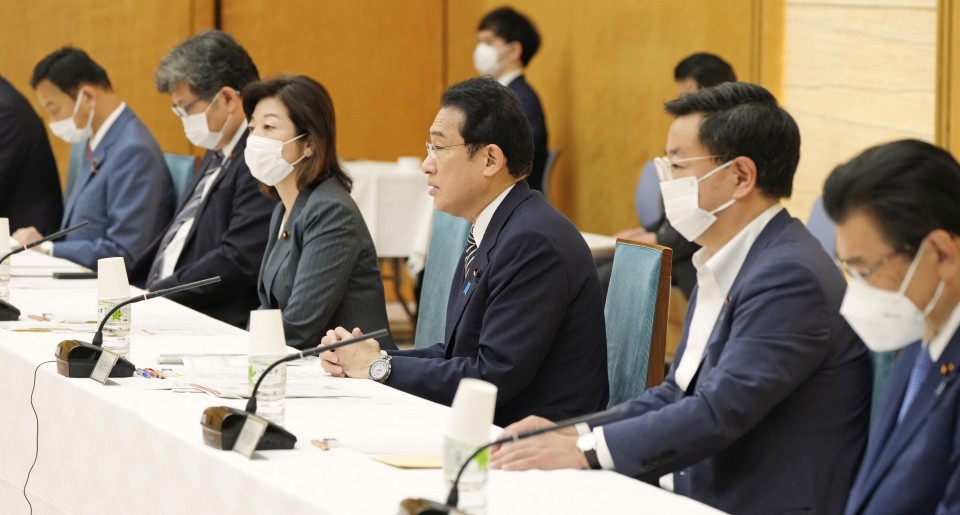 The government plans to make it mandatory for firms with 300 or more employees to release gender pay gap data, and assist women in acquiring necessary digital skills and finding a job by setting a three-year intensive period.

It will also review the existing taxation and social security systems to better reflect the needs of working women.

Japan lags behind other nations in ensuring gender equality and it ranked 120th among 156 nations in a World Economic Forum gender gap report released in March 2021, due to the low percentage of women in managerial posts or female lawmakers.

"I place female economic empowerment at the center of my new form of capitalism and will boldly implement steps to raise women's pay," Prime Minister Fumio Kishida said at a government panel meeting.

Under what he terms a "new form of capitalism," Kishida seeks to ensure a virtuous cycle of growth and distribution. He is calling for companies to raise wages more aggressively to reward workers and support domestic demand.

The new policy blueprint says there is a need to change the old mentality that helped support the social systems throughout the country's rapid economic growth decades ago -- that men should work and women should stay home and do the housework.

Experts see the government as facing the formidable task of changing how people think and act because it will require a long-term policy vision and financial support.

Improving the working environment for men is also a priority, and the government said it needs to make it easier for men to take paternity leave and work from home.

Japan is one of the world's fastest aging societies and faces labor shortages. More women have entered the workforce in recent years, although many tend to work part-time.