Shohei Ohtani threw eight shutout innings with 13 strikeouts, his most in MLB, in the Los Angeles Angels' 5-0 victory over the Kansas City Royals on Wednesday.

Ohtani (6-4), who homered twice and drove in eight runs a day earlier, is the first player with eight or more RBIs and 10 or more strikeouts in consecutive games, in either order, since RBI became an official stat in 1920, according to a tweet posted by MLB.

After losing the first two games of the series against the Royals at Angel Stadium, Ohtani helped his team avoid a sweep, allowing just two hits and a walk in his 108-pitch, 71-strike outing. 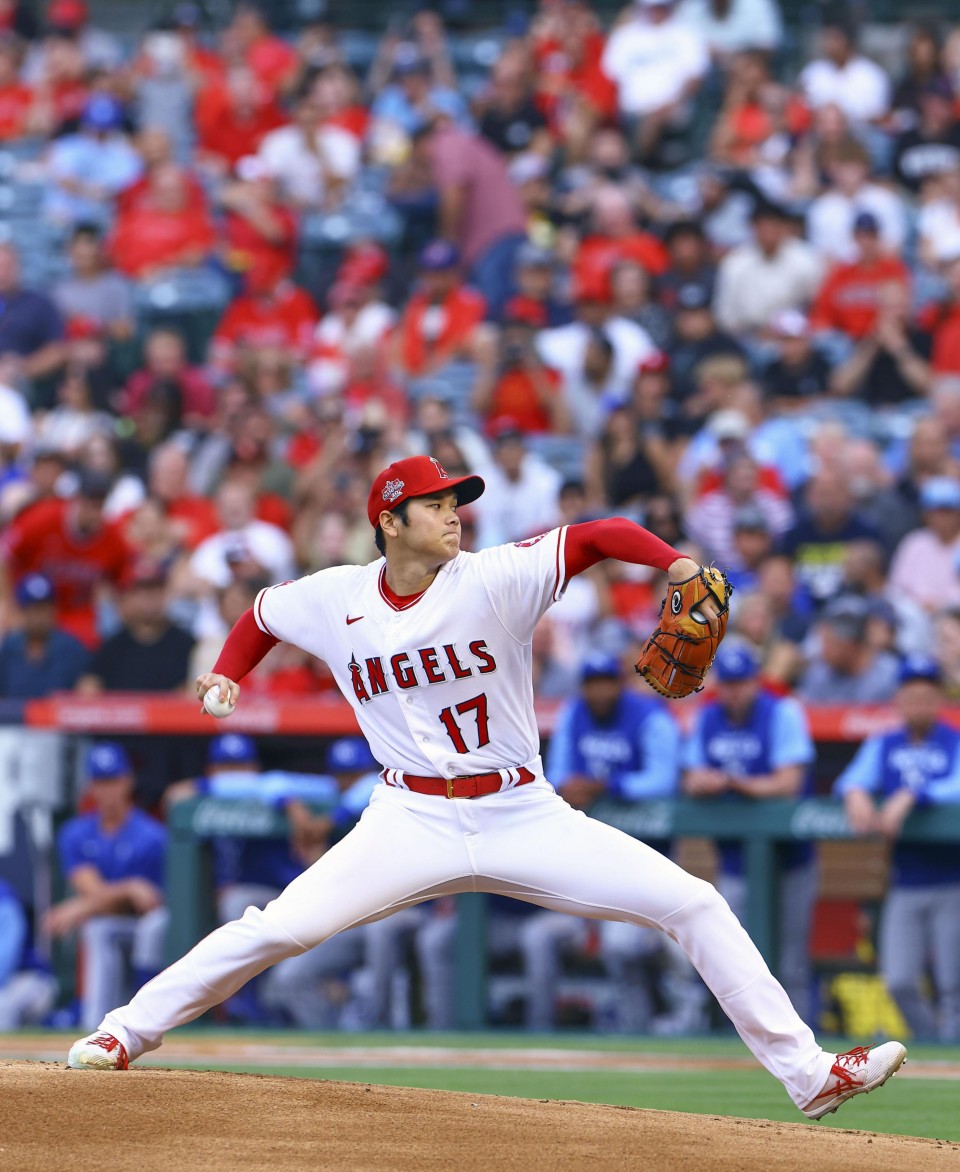 Shohei Ohtani of the Los Angeles Angels pitches against the Kansas City Royals in a baseball game at Angel Stadium in Anaheim, California, on June 22, 2022. (Kyodo) ==Kyodo

Ohtani's first strikeout was the 300th of his MLB career.

"It's pretty tough to pitch when your team is on a losing streak, but I enjoyed the challenge and did what I'm expected to do," Ohtani said.

"I predicted a low-scoring game, so I focused on not giving up runs," he said.

Ohtani's career-high in strikeouts is 16, set in 2014 with the Nippon Ham Fighters of Japan's Pacific League and matched their franchise record in his second pro season.

At the plate, the Japanese two-way star went 1-for-3 with a pair of walks in his third straight game with at least one hit. He singled off Royals left-hander Daniel Lynch (3-7) in the third for his only hit of the night.

Ryan Tepera retired the side in order in the top of the ninth to close out the win.

At Fenway Park, Boston Red Sox right-hander Hirokazu Sawamura pitched two scoreless innings in relief against the Detroit Tigers in the team's 6-2 victory, their third series sweep of the season. Sawamura retired all six batters he faced on 15 pitches.