A 72-year-old man was arrested Wednesday for allegedly nailing a straw doll bearing the face of Russian President Vladimir Putin to a sacred tree at a Shinto shrine near Tokyo, police said.

Mitsunobu Hino is suspected of property damage and trespassing, the police in Matsudo, Chiba Prefecture, said. The doll features a picture of Putin's face and came with a note in its breast wishing death to the Russian leader. 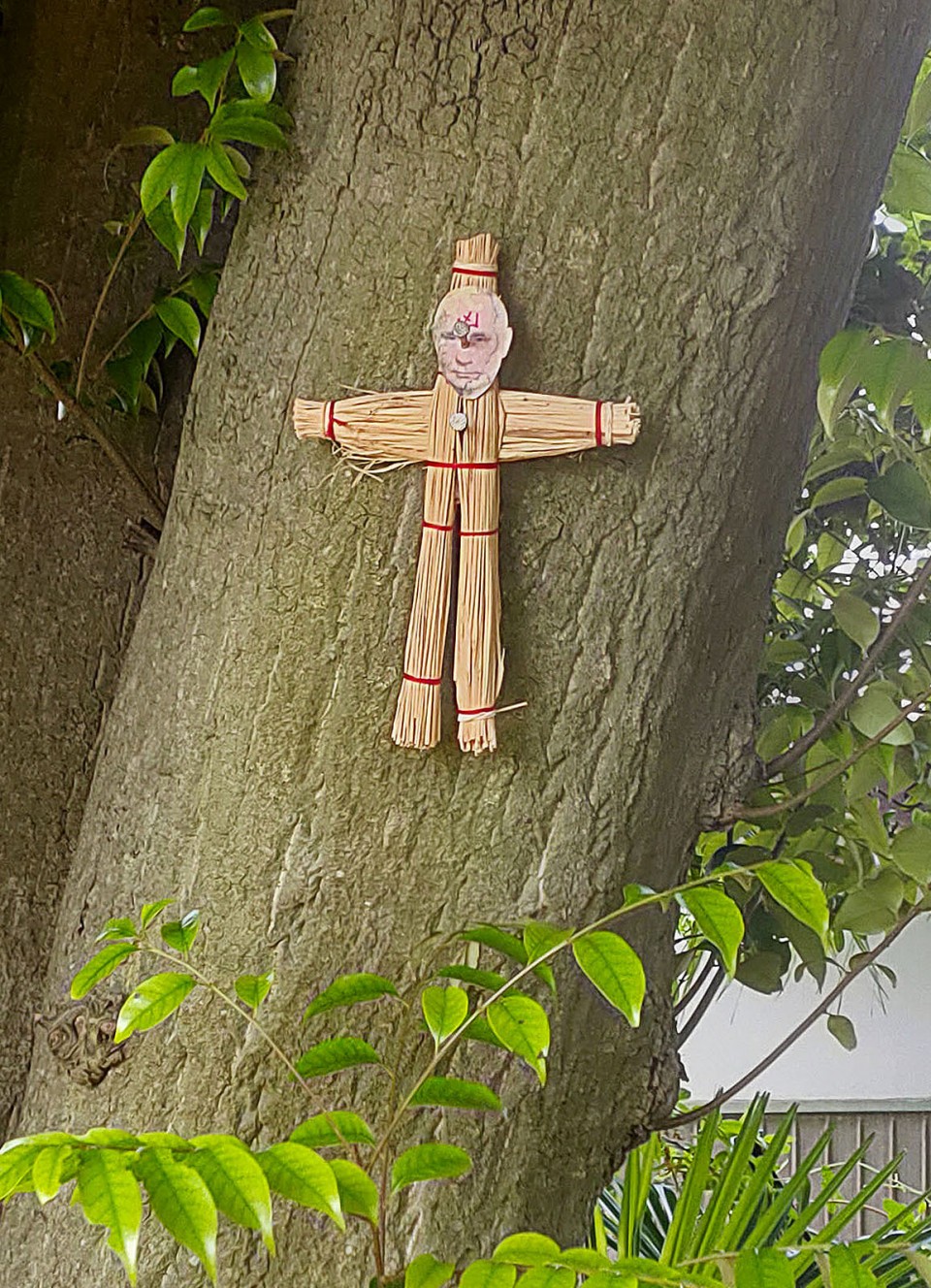 A straw doll bearing the face of Russian President Vladimir Putin is nailed to a sacred tree on the grounds of Mikazuki Shrine in Matsudo, Chiba Prefecture, on May 24, 2022. (Photo courtesy of Mikazuki Shrine)(Kyodo)

Hino is accused of trespassing on the grounds of Matsudo's Mikazuki Shrine at around 2:10 p.m. on May 19, and making holes in a "shinboku" -- a sacred tree -- by nailing the straw doll to it.

The police have confirmed similar Putin straw dolls at more than 10 shrines in the eastern Japan city since May, and said there is a strong chance the perpetrator is the same due to resemblances in the dolls' sizes and the handwriting on the accompanying notes.

Security camera footage from the shrine's grounds captured a man who appears to be Hino putting an item that looks like a straw doll into his bag and going up the stairs. Two 4-centimeter-deep holes have been left in the sacred tree.

The shrine's history stretches back over 800 years. Nobuo Shibuya, an 81-year-old lay representative, said, "It's unthinkable that someone would nail down something like this in a place where people come to pray for good health." 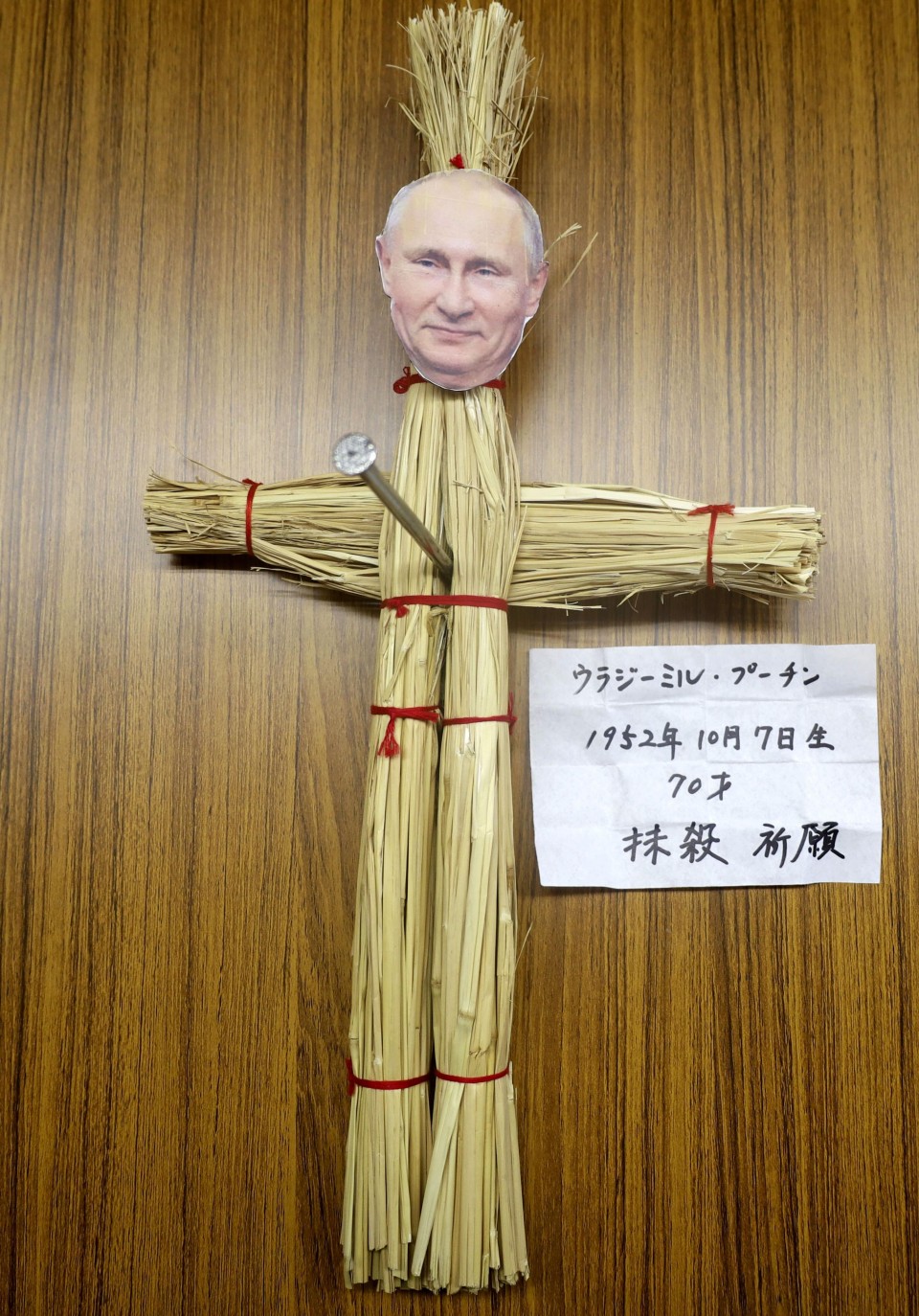 A straw doll bearing the face of Russian President Vladimir Putin that was found at a separate Shinto shrine is seen alongside a note that was enclosed wishing death to him, in Matsudo, Chiba Prefecture, on June 9, 2022. (Kyodo)