A Japanese scholar has developed a sanitary pad and tampon dispenser made of cardboard that can be easily installed in public toilets, after learning some women are reluctant to receive free hygiene goods from local governments.

The flat-pack and easy-to-assemble dispensers could also be used in evacuation centers in the event of a disaster, with the creator, Eri Sugita -- an associate professor of international cooperation studies at Osaka University -- saying it can be used by "all who need it." 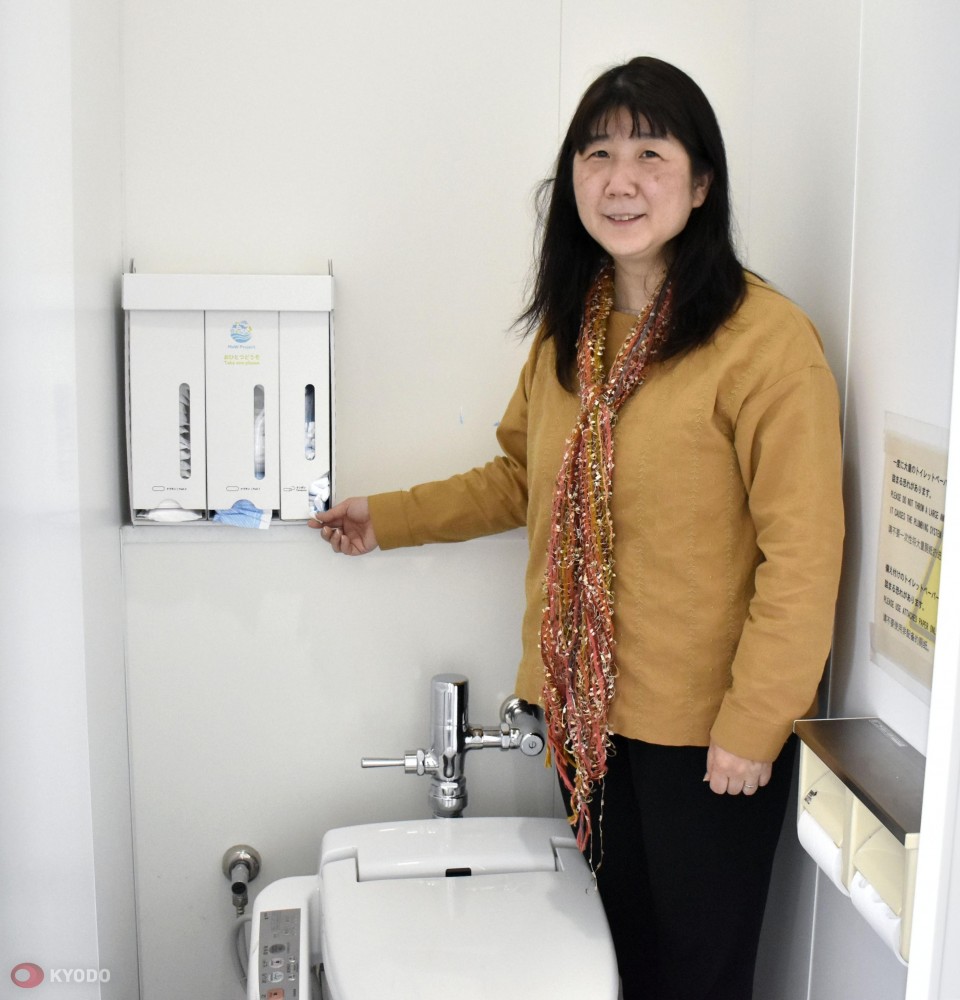 Eri Sugita, an associate professor of international cooperation studies at Osaka University, stands next to a cardboard dispenser of sanitary products she developed, in a toilet on the Suita Campus of the state-run university in Osaka Prefecture in May 2022. (Kyodo)

Some local governments in Japan have started distributing free pads and tampons after the coronavirus pandemic highlighted the issue of "period poverty," or difficulty in buying menstrual products due to poverty.

However, some women are reluctant to ask for the products as the process often involves a public servant distributing them over a counter. "I wanted to allow women discretion and make the products available in private rooms," said Sugita.

Menstruation is almost a taboo topic at work or school, and when a woman buys a sanitary product at a convenience store, the clerk puts it in a nontransparent paper bag so that others cannot see it.

About 140 of the dispensers, bearing the message "Take one please" in English and Japanese, have been installed in toilets on the campuses of the state-run university in western Japan.

In an on-campus survey, students commented that they were glad they could receive the product "out of the public eye" and that it was helpful if they had suddenly started menstruating.

The dispenser consists of three vertical boxes each containing two types of napkin and a tampon, which can be received from the bottom outlet without the user having to touch the surrounding area. 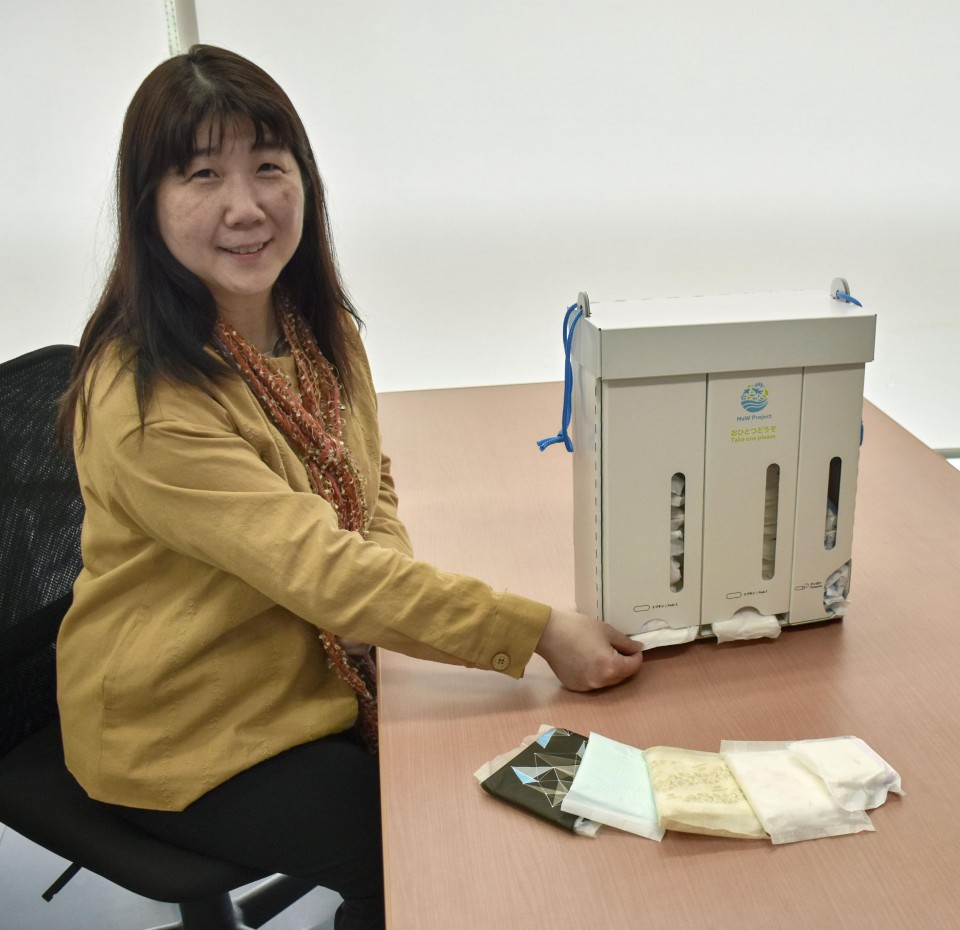 Eri Sugita, an associate professor of international cooperation studies at Osaka University, shows a cardboard dispenser of sanitary products she developed, on the Suita Campus of the state-run university in Osaka Prefecture in May 2022. (Kyodo)

It is environmentally and disaster friendly as it does not require tools or electricity to install or use and it can be disposed of as recyclable waste.

The dispenser provides tampons even though the vast majority of women use pads in Japan, with a 2014 online survey by job information provider Mynavi Corp. involving 143 working women aged between 22 and 34 showing 90.9 percent using pads only.

"Tampon use is common in some countries, and we will provide tampons from the perspective of multicultural coexistence," Osaka University said when it released a press release on the dispenser in February.

The same month, the Japanese government conducted a survey on period poverty for the first time.

The online survey of 3,000 women between the ages of 18 and 49 showed that 8.1 percent had experienced difficulties acquiring sanitary products since around February 2020 when the spread of COVID-19 began to accelerate and weigh on the country's economy.