Nuclear experts are considering small modular reactors to propel nuclear power generation across the Philippine archipelago, as the government decides the fate of a 38-year-old completed but never fueled nuclear power plant in the northern province of Bataan.

The 620-megawatt plant was a legacy of Marcos Jr.'s namesake father and deposed dictator to cushion the impact of the 1973 oil crisis, but its operation was mothballed due to safety concerns fanned by the Chernobyl disaster in 1986. 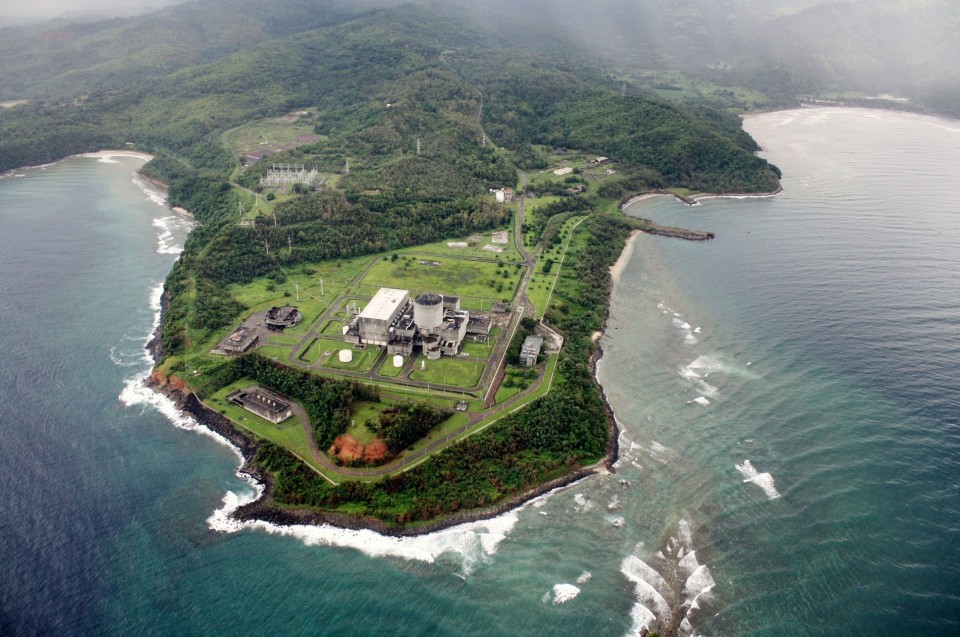 Marcos Jr., who takes office June 30, promised to lower electricity costs in the Philippines, which has one of the most expensive rates in the world.

He recently met with South Korea's ambassador to Manila and is said to have "revived discussions" on commissioning the Bataan plant.

The Philippine government has long spent roughly 40 million pesos ($755,900) annually and employs a staff of 15 to tidy up the uranium-free facility, crank up the machines once in a while, and keep trespassers out of the 400-hectare property that faces the South China Sea.

Save for some chipping on the facade and a few rusty pipes, the reactor, cooling system, and control room of analog devices were intact but obsolete when Kyodo News journalists visited the site recently.

In 2010, Korea Electric Power Corp., which runs a similar plant model to this day, offered to upgrade the Bataan plant for $1 billion. 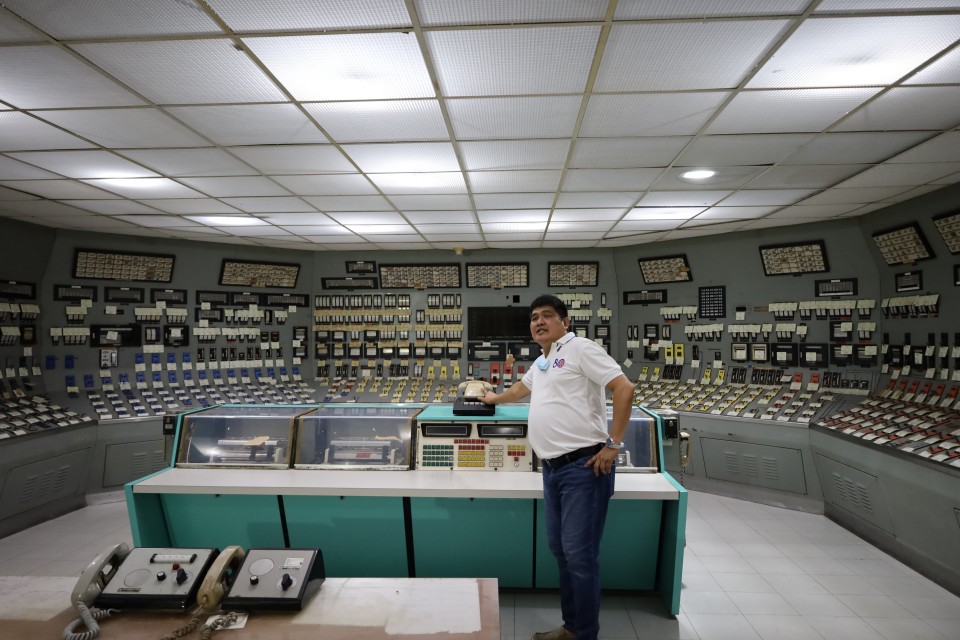 Photo shows the control room of the Bataan Nuclear Power Plant in the Philippines on May 23, 2022. (Kyodo)

"Unfortunately, a year after, the Fukushima (nuclear disaster) happened. Everybody dropped the ball (and) nobody wanted to talk about it (again)," said Manuel Luis Plofino of the National Power Corp. that oversees plant maintenance.

Geologist Carlo Arcilla, head of the Philippine Nuclear Research Institute, insists it is safe but costly to operate the Bataan plant, even as it stands about 13 kilometers from a dormant volcano and at an elevation of 18 meters or higher than the Fukushima plant.

He, however, proposes the cheaper modular reactors, small enough to fit in a truck, to generate 70 MW of electricity on every major Philippine island.

"In fact, if you ask me, (small modular reactors) will probably go faster than (operating the) Bataan Nuclear Plant," Arcilla said.

It will take about 10 years to commission the Bataan plant, way beyond Marcos Jr.'s six-year presidency. 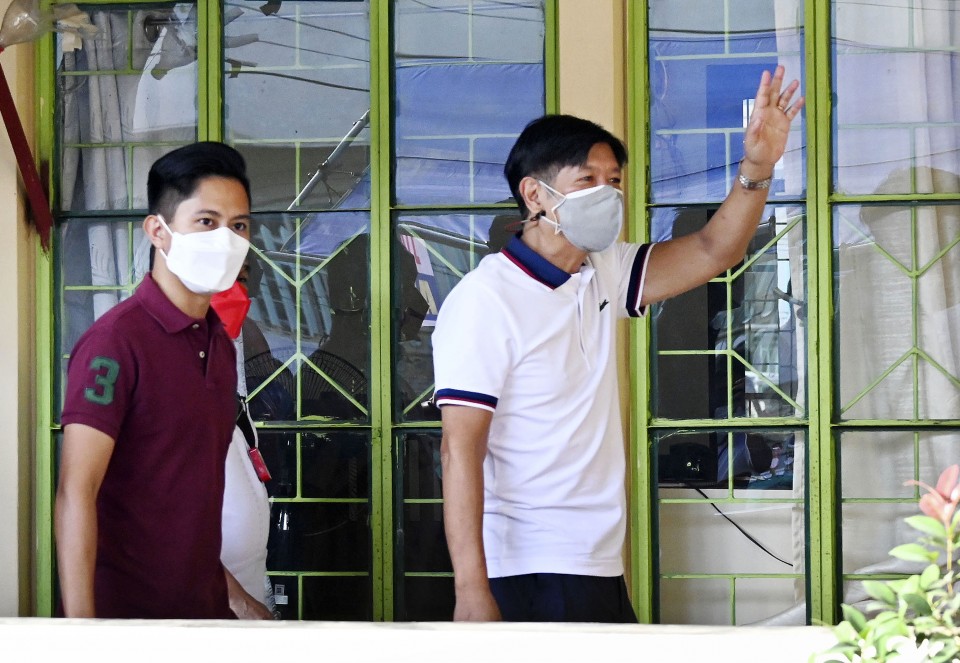 Ferdinand Marcos Jr. (R) waves to voters at a polling station in Batac in the Philippines on May 9, 2022. (Kyodo)

Jenena Banes, 31, who lives about 4 km from the plant, believes reopening it will not only reduce her electricity bill but will also create jobs for residents unemployed after the project was shelved.

But activist Derek Cabe, 49, of the Nuclear-Free Bataan Movement said it will oppose any nuclear power generation, citing potential hazards from nuclear wastes.

"What happened in Fukushima was very real to us. We do not want that to happen in the Philippines. How much money do you (even) spend on Fukushima (decommissioning)? We do not have those kind of resources," she told Kyodo News.

The Philippines, a party to the Paris Agreement on Climate Change that aims to reduce greenhouse gases, generates 51 percent of its electricity from coal, 19 percent from natural gas and about 17 percent from renewable sources.