Yu Darvish limited the Arizona Diamondbacks to four hits and a run over seven innings Monday as he led the San Diego Padres to a 4-1 victory.

The 35-year-old right-hander earned his seventh win of the season after striking out five, walking a pair and hitting two batsmen in the 104-pitch outing at San Diego's Petco Park. 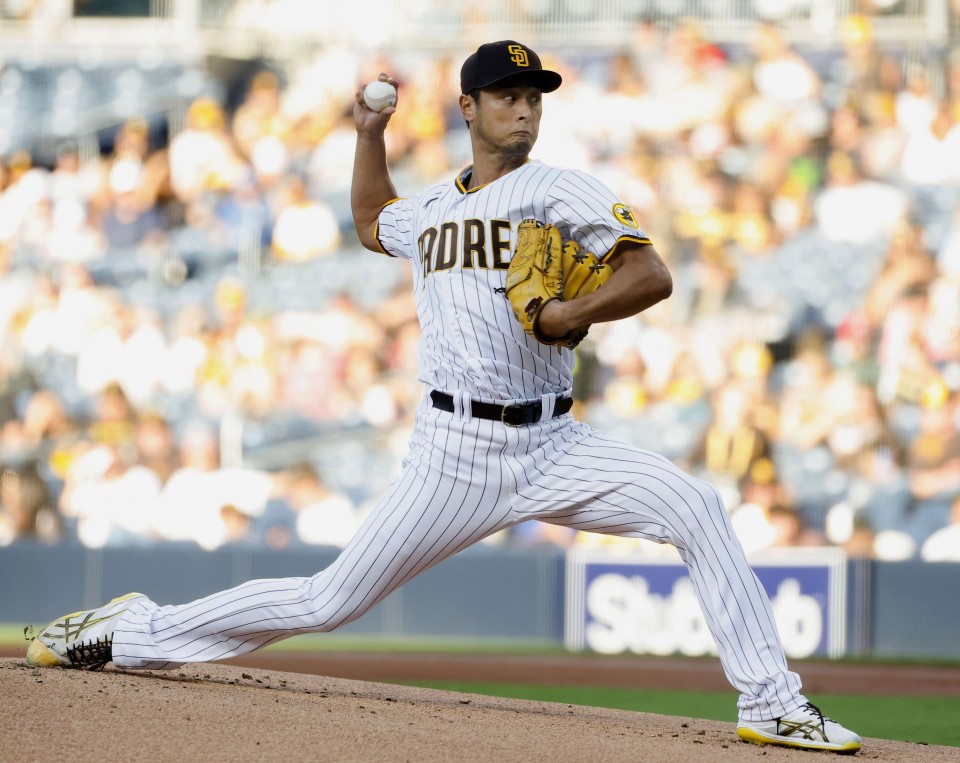 Yu Darvish of the San Diego Padres pitches against the Arizona Diamondbacks in a baseball game at Petco Park in San Diego, California, on June 20, 2022. (Kyodo) ==Kyodo

Darvish (7-3) pitched out of trouble in the first, throwing a bases-loaded strikeout to end the inning after the Diamondbacks plated their only run on Christian Walker's sacrifice fly.

He threw 1-2-3 innings in the second, fourth and fifth before making way for reliever Luis Garcia to start the eighth.

Darvish said his strong seven-inning performance, which snapped a run of three losses in which San Diego starters were chased early, "wasn't the result of throwing hard and straight."

"By continually working the zone, I could throw seven innings solidly," he said.

"Our starters have been getting knocked out early, so in that sense it's praiseworthy. (But) my pitching shouldn't get the praise."

San Diego tied the game on Jake Cronenworth's solo homer in the bottom of the first and took a 3-1 lead on Kim Ha Seong's two-RBI single in the second.

Trent Grisham completed the scoring for the Padres with his solo home run in the fifth.

At Anaheim's Angel Stadium, Shohei Ohtani had his first hit in four games as the Los Angeles Angels fell 6-2 to the Kansas City Royals.

Ohtani hit a third-inning infield single and drew a pair of walks to go 1-for-2. The two-way star registered hits in 11 straight games through last Thursday to tie the longest streak of his major league career.