Prime Minister Fumio Kishida on Sunday stressed the need for the Group of Seven leaders to show a united front to prevent other countries from drawing the "wrong lessons" from Russia's war on Ukraine, in an apparent reference to Chinese muscle-flexing in the Indo-Pacific.

Kishida highlighted the severity of the security situation surrounding Japan during a G-7 summit in southern Germany, citing Beijing's dispatch of ships to waters around the Senkaku Islands and its gas field explorations in the East China Sea as attempts to change the status quo by force.

"We have seen attempts to change the status quo by force continuing and increasing in the Indo-Pacific," Kishida was quoted by a senior Japanese government official as telling his G-7 counterparts. 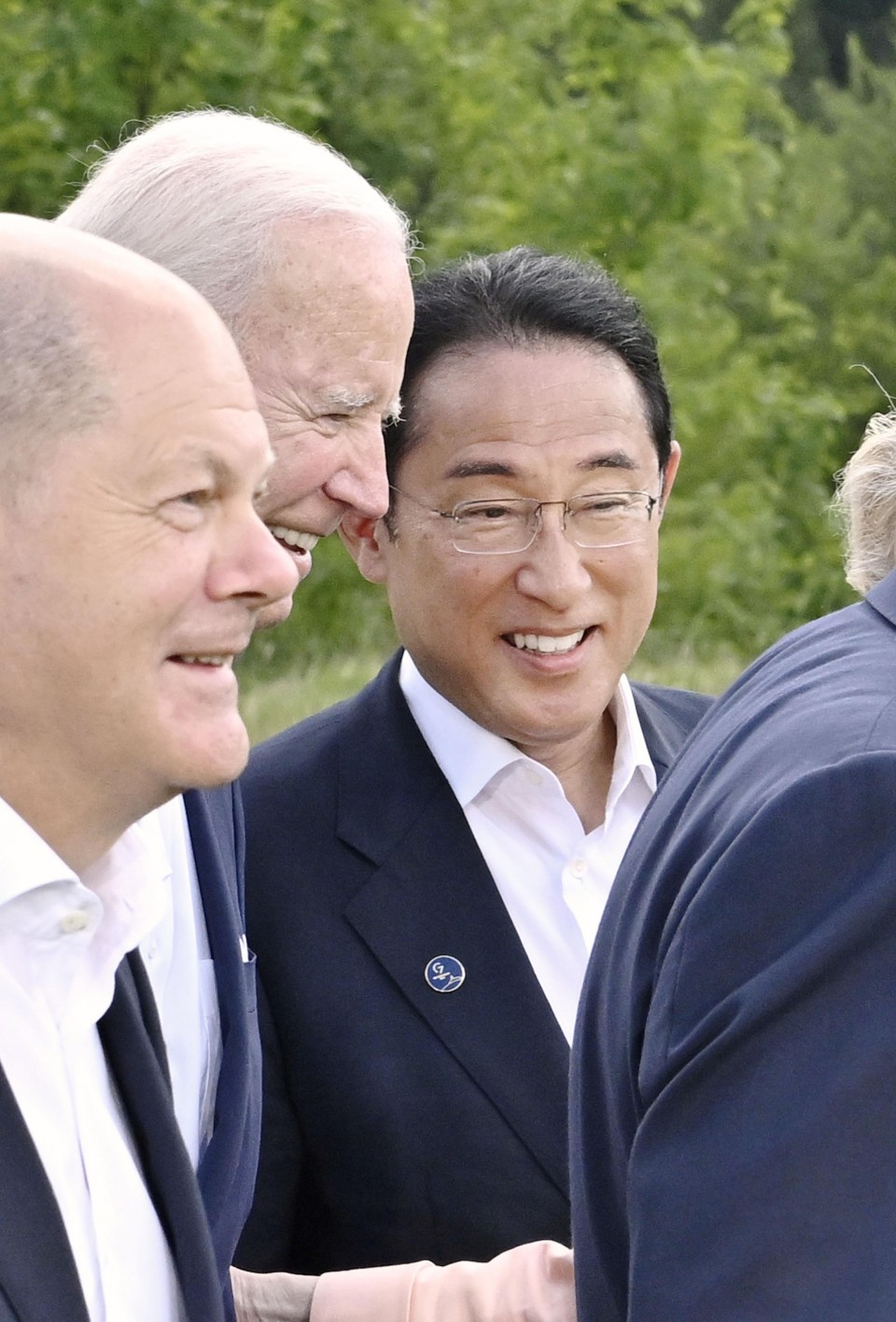 "We need to ensure other countries do not draw wrong lessons from the situation in Ukraine," he said, calling for the safeguarding of the rules-based international order.

With North Korea continuing to launch ballistic missiles and apparently making preparations for a nuclear test, Kishida said the international community should not give Pyongyang the impression that "a window of opportunity to proceed with missile development" is open.

Kishida also called for China to enhance transparency regarding its nuclear arsenal, according to the Japanese official.

Kishida made the remarks during a G-7 session on diplomacy and security while explaining that Japan will fundamentally bolster its defense within five years with a substantial increase in relevant spending.

Japan's ruling Liberal Democratic Party has asked the Kishida government to increase the defense budget to the equivalent of at least 2 percent of gross domestic product, the spending target for North Atlantic Treaty Organization nations.

Japan, known for its pacifist Constitution, has long capped its defense budget at around 1 percent of GDP, or about 5 trillion yen ($37 billion) in recent years.

Following the G-7 meeting, Kishida is set to attend a two-day NATO summit starting Wednesday, becoming the first Japanese prime minister to do so, after the 30-member trans-Atlantic alliance invited Asia-Pacific partners such as Japan, South Korea and Australia to the gathering.

Leaders at the summit are expected to endorse a new strategic concept defining the security challenges facing the alliance, including China's rapid militarization and efforts to weaken the rules-based international order.

Tensions remain high between Japan and China over the uninhabited Senkaku Islands that are administered by Japan but claimed by China.

In the run-up to the summit, Japan also conveyed strong concerns to China over suspected gas exploration in a contested area of the East China Sea.