Campaigning was heating up for Japan's July 10 upper house election on Saturday, with ruling and opposition party leaders pointing to rising prices of daily needs as a major issue.

Kishida, who heads the Liberal Democratic Party, blamed Russia's invasion of Ukraine for high energy and other prices. "To protect your livelihoods and work, the government will take full responsibility and do its utmost to take measures against price increases," he said in Kofu, Yamanashi Prefecture.

Kishida, who will attend meetings with world leaders in Germany and Spain next week, later returned to Tokyo, where the LDP and the main opposition of the Constitutional Democratic Party of Japan are fielding two candidates each to vie for six seats up for grabs in the capital's district. 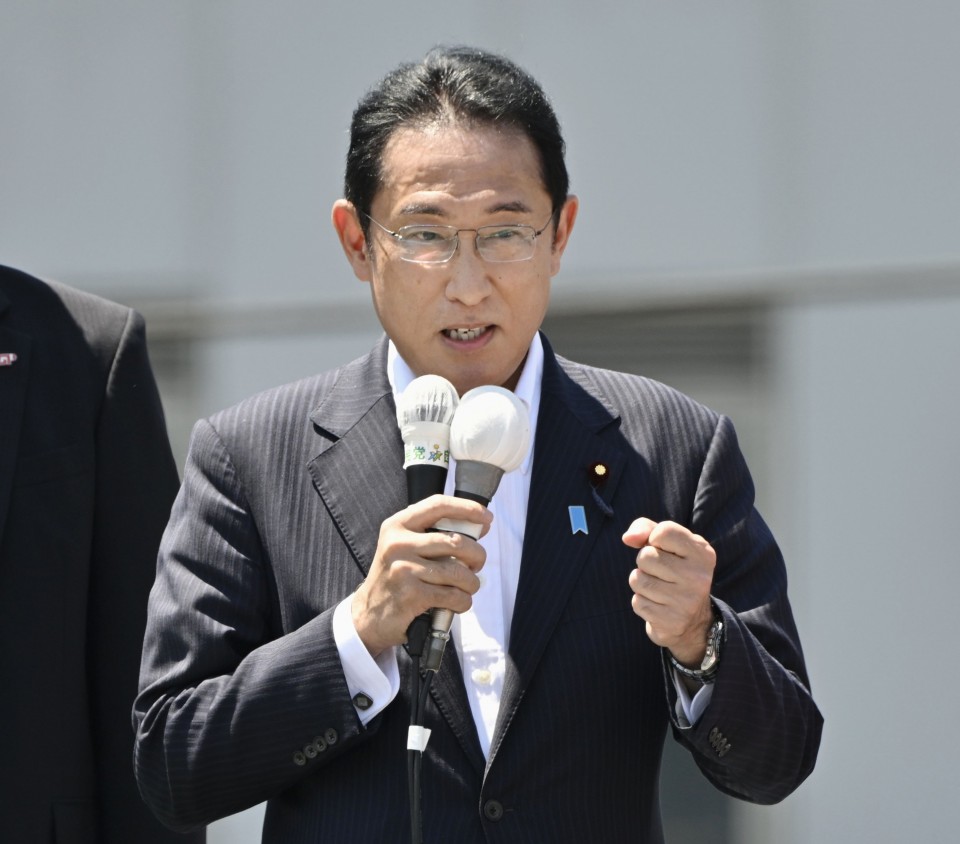 "The prime minister has not looked straight at price rises and also has no concrete measures," Izumi said in the major southwestern city of Fukuoka. "Let's raise our voice and change politics."

"We will do the same administrative and fiscal reforms in Japan that we have done in Osaka," Nobuyuki Baba, co-leader of the opposition Japan Innovation Party, said in a speech in Tokyo.