As Japan's parliament debates a new law drafted to protect young people who signed contracts to perform in pornographic productions, two women have spoken out about the abuses they suffered in the shady industry, hoping the legislation will be a "first step" toward ending exploitation. 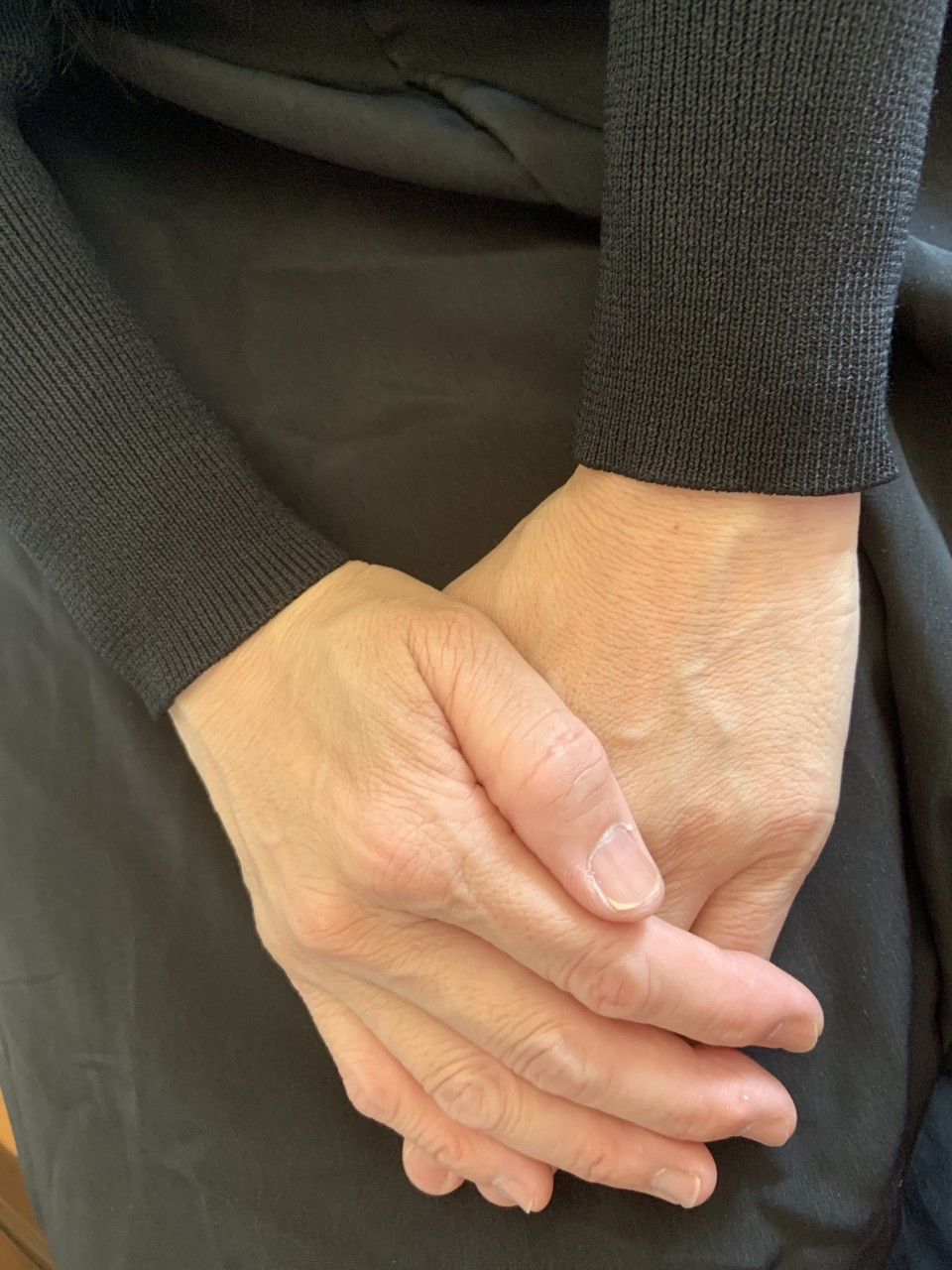 Maiko was hired the same day she went for the interview. She agreed to be in a nude photo shoot for use in advertising and was promised payment of 1 million yen ($7,500). She recalls feeling relieved that she would be able to pay her rent.

At a work party, Maiko drank a beverage she believes was spiked by a business associate and when she came around found herself alone in a hotel room with the man. From that incident, she was blackmailed into having a yearlong sexual relationship after the man threatened to share compromising photos he took without her consent.

When she relayed this experience to the director, he callously cast her in the role of a woman who was "drugged and raped in a hotel room."

Over the following year, Maiko appeared in more than a dozen films. However, the acts she was required to perform gradually became more and more extreme. On one occasion, she was told she would take part in a simulated rape scene involving 50 men.

Maiko says she used alcohol to distract herself from the distress she was feeling at her shoots. Without it, she could not even stand in front of the camera.

Eventually, she began to lose her memory. A hospital examination revealed that she was suffering brain atrophy. Her doctor told her, "You are under considerable stress."

Meanwhile, the agency that had signed her up began encouraging her to get plastic surgery and work in prostitution. "If I don't stop now, I'll be in big trouble," Maiko thought, feeling that she had reached her limit both physically and mentally. 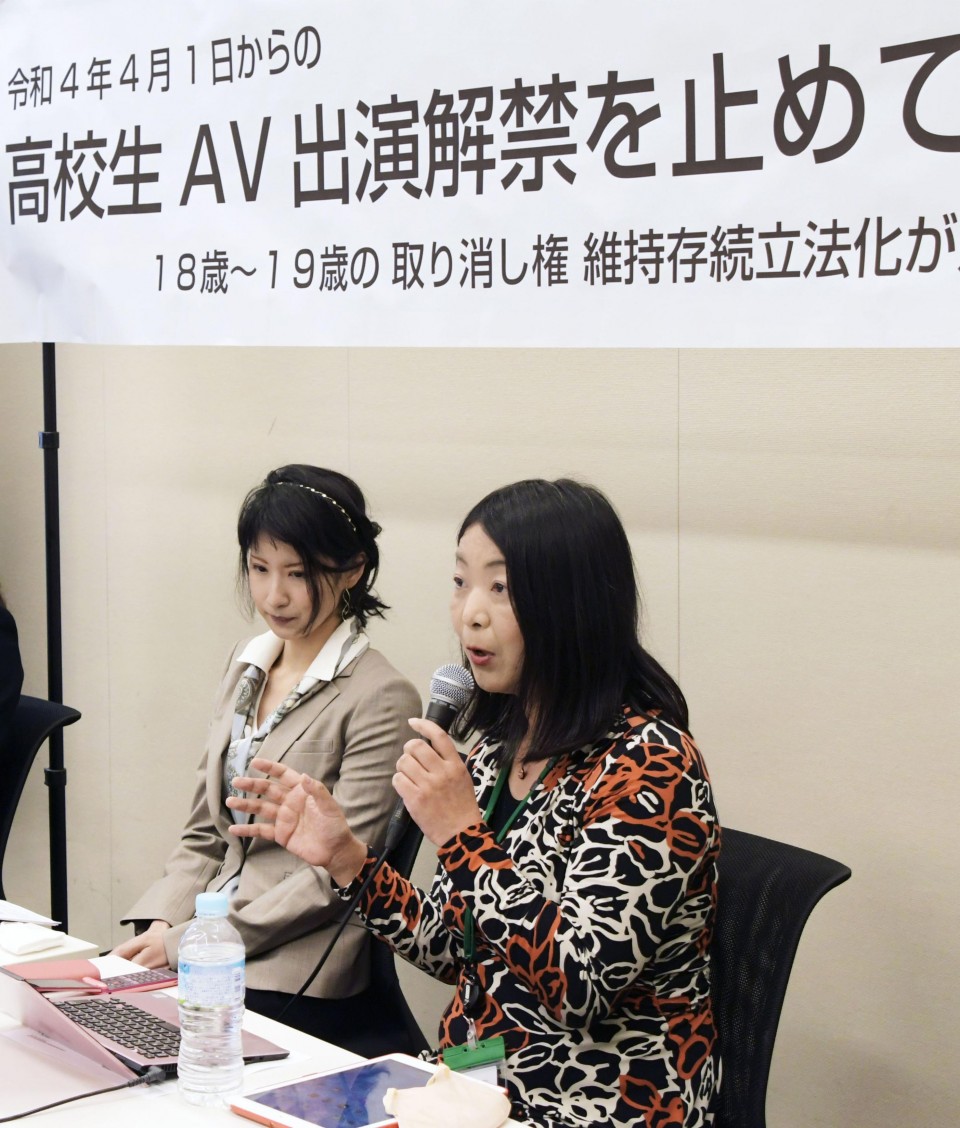 A gathering is held in Japanese parliament in Tokyo on March 23, 2022, to discuss how to protect young people who signed contracts to perform in pornographic productions. (Kyodo)

She was also beset by "a fear of being consumed." Maiko eventually left the industry and filed for bankruptcy. But she says she still suffers from hearing loss, presumably the aftereffects of stress.

She tried several times to find videos she appeared in to ask for them to be taken offline. However, just looking at the titles made her sick to her stomach and she would give up the search.

"They are the ones who need society's support the most, yet they are being abandoned," she said.

Natsu, also a pseudonym, was 18 when she was approached by a middle-aged man in front of a convenience store in an entertainment district. "If you do the real thing (sexual intercourse) and let me film you, I will give you 20,000 yen," the man said. 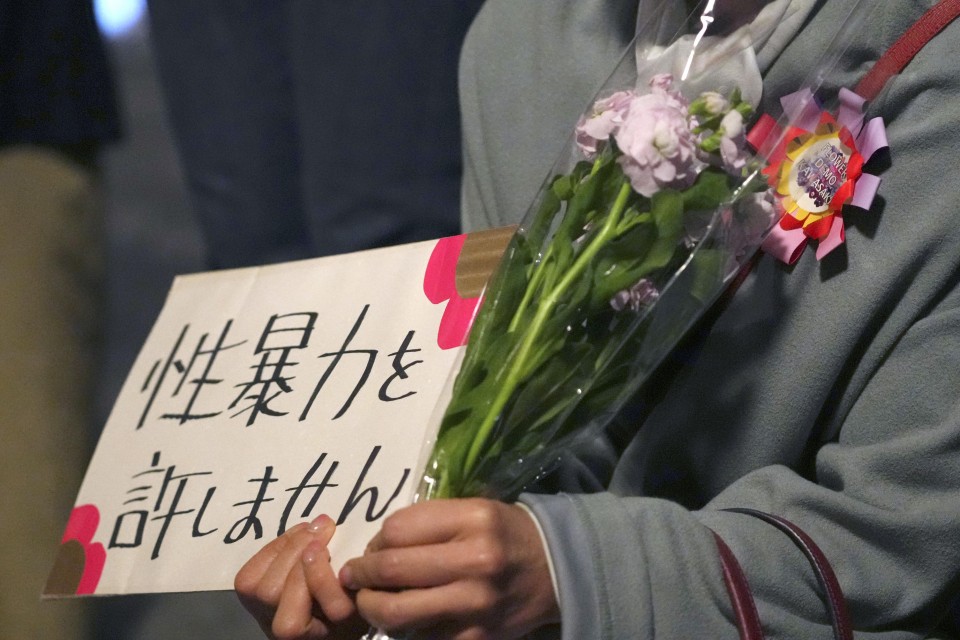 A "Flower Demo" rally to protest against sexual violence is held outside JR Tokyo Station on April 11, 2021. (Kyodo)

Natsu was regularly sexually abused by her father from the time she was a teenager. Her mother was also verbally abusive. She sought help from teachers at school and at the child welfare office, but no one lent her a hand.

As she was continually betrayed by adults, Natsu could no longer ask for "help" when she needed it. When she turned 18, she was no longer eligible for support under the child welfare law. "Neither the laws nor the systems created by adults would help me," she believed.

To her, the entertainment district is where young girls like herself could get money and a cell phone without ID or parental approval. The man approached Natsu at a time when she had decided to "live" in the area.

Natsu thought if she had 20,000 yen, she would be able to stay almost 10 nights in a 24-hour internet cafe. She agreed to be filmed, and the man took her to a hotel.

After filming her, the man said he would upload her video to an internet site for sale. He presented a document for her to sign, it stated she could not ask for any proceeds from the video sales.

The bill, proposed by a bipartisan group of lawmakers, allows people who agree to appear in pornographic content to terminate their contracts, and if so, the video vendors are obliged to recover the products and delete the footage. 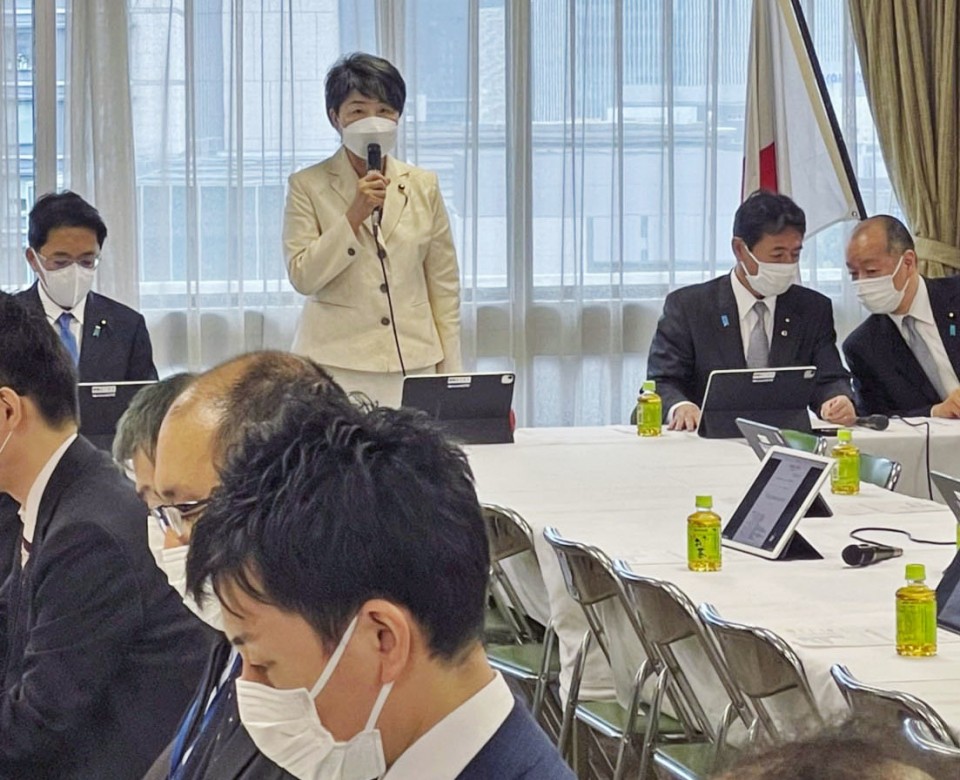 Lawmakers of Japan's ruling Liberal Democratic Party discuss a bill designed to protect young people who signed contracts to perform in pornographic productions at its headquarters in Tokyo on April 26, 2022. (Kyodo)

The bill was passed unanimously in a plenary session of the House of Representatives in late May. The House of Councillors will deliberate on it for a possible enactment in June.

While welcoming the move in parliament, Natsu said it is "only the first step" and future focus must be on how the planned law will be enforced for the benefit of the victims.