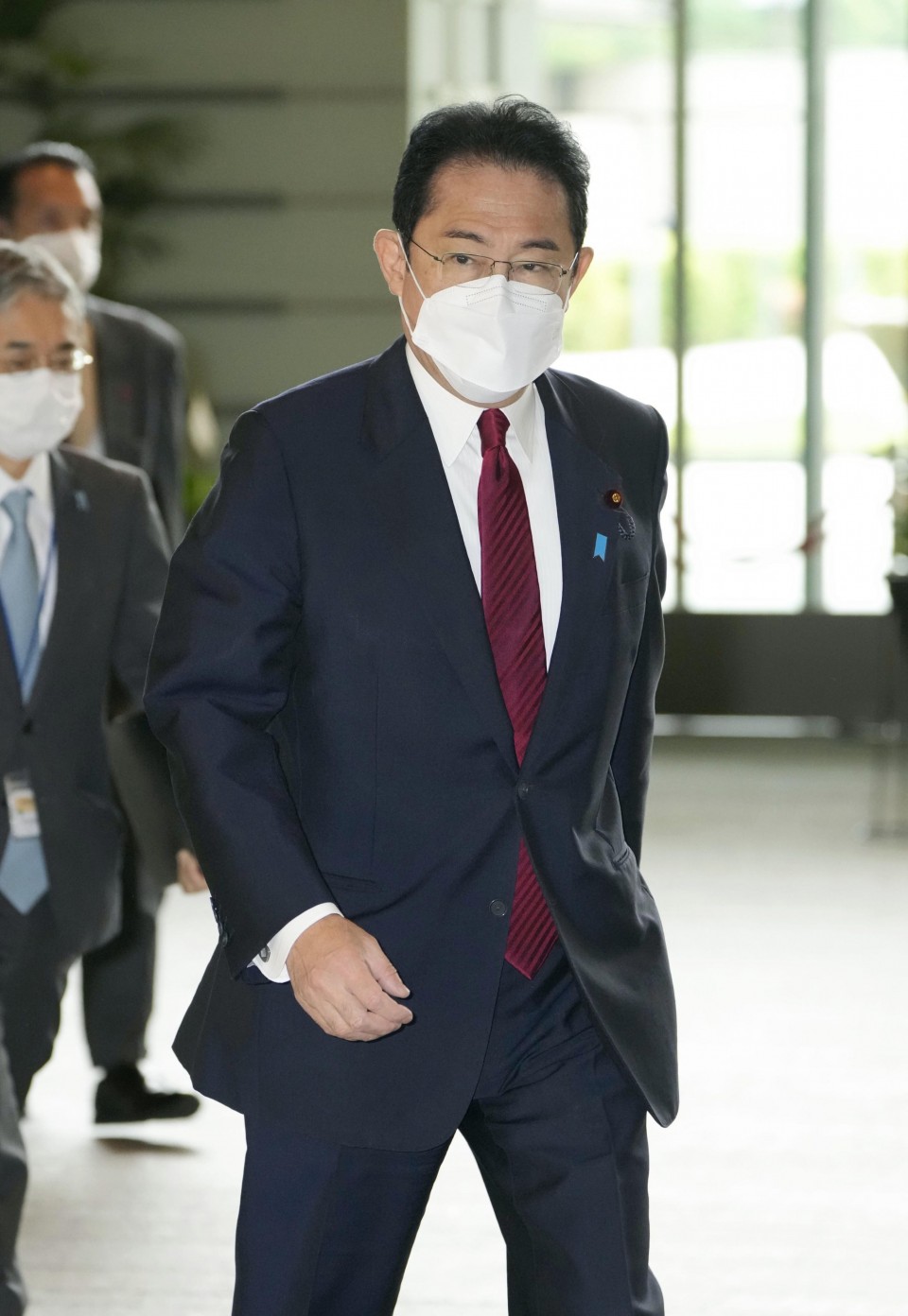 Japan's major opposition Constitutional Democratic Party of Japan submitted Wednesday a no-confidence motion against the Cabinet of Prime Minister Fumio Kishida, in a gambit turning up the political heat ahead of a House of Councillors election next month.

In the motion, the CDPJ criticizes the Cabinet for having done "nothing" in response to rising prices in Japan. The ruling coalition, which controls both houses of parliament, expects to vote it down Thursday, along with another motion against House of Representatives Speaker Hiroyuki Hosoda, who is embroiled in a sexual harassment scandal.

The CDPJ hopes to show it is a viable alternative to the Liberal Democratic Party and its partner Komeito by adopting a more confrontation approach as campaigning for the upper house election is expected to begin later this month after the 150-day parliamentary session ends on June 15.

"'Kishida inflation' puts the country on a road to ruin," the draft motion said.

Accelerating inflation is one of the key topics in the upcoming election and the government has compiled a relief package to ease the pain of rising energy, food and other items felt by consumers.

"If it is an attempt (by the CDPJ) to gain an advantage ahead of the upper house election, the party will come under more intense public scrutiny," said Toshimitsu Motegi, the secretary general of the ruling LDP.

Kishida has seen relatively solid public support since he became prime minister last October, apparently helped by improvement in the COVID-19 pandemic situation and a tough stance on Russia's invasion of Ukraine.

CDPJ leader Kenta Izumi criticized Kishida's Cabinet for only taking measures against rising gasoline prices, which centered on subsidizing wholesalers, in the fiscal 2022 supplementary budget. "It will neither protect people's lives nor revive the Japanese economy," he said.

The CDPJ-submitted motion also criticizes the Cabinet for not reviewing monetary easing by the Bank of Japan. The central bank's continued accommodative policy is one factor behind the yen's sharp depreciation of late, which has boosted import costs for resource-poor Japan.

Facing a backlash from opposition lawmakers and consumers, BOJ Governor Haruhiko Kuroda on Wednesday retracted his earlier remark that consumers have become more "tolerant" of price hikes, saying in parliament he did not mean to say higher prices are acceptable for them.

Still, CDPJ leader Izumi said the government and the BOJ are out of synch with the realities faced by consumers and do not understand how people's living has been affected by rising prices.

In the motion against Hosoda, the opposition said "someone who lacks dignity" is heading the legislative branch, after he was recently reported by a weekly magazine to have sexually harassed women including a reporter and an LDP employee.

The CDPJ has called on other opposition parties to support the two motions but they are far from united.

The Social Democratic Party co-sponsored the CDPJ motions against the Cabinet and the lower house speaker, and the Japanese Communist Party will likely back both.

The Japan Innovation Party is set to reject the no-confidence motion against the Cabinet and abstain from the other, even as it has been stepping up criticism of the administration and aiming to leverage growing public support for the small opposition party.

Amid signs of warming to the ruling coalition, Democratic Party for the People leader Yuichiro Tamaki said it would be "difficult" to support the Cabinet motion.

The prime minister must dissolve the powerful lower house or the Cabinet must resign if a no-confidence motion is passed. In Japan, opposition parties often submit one toward the end of a parliamentary session. 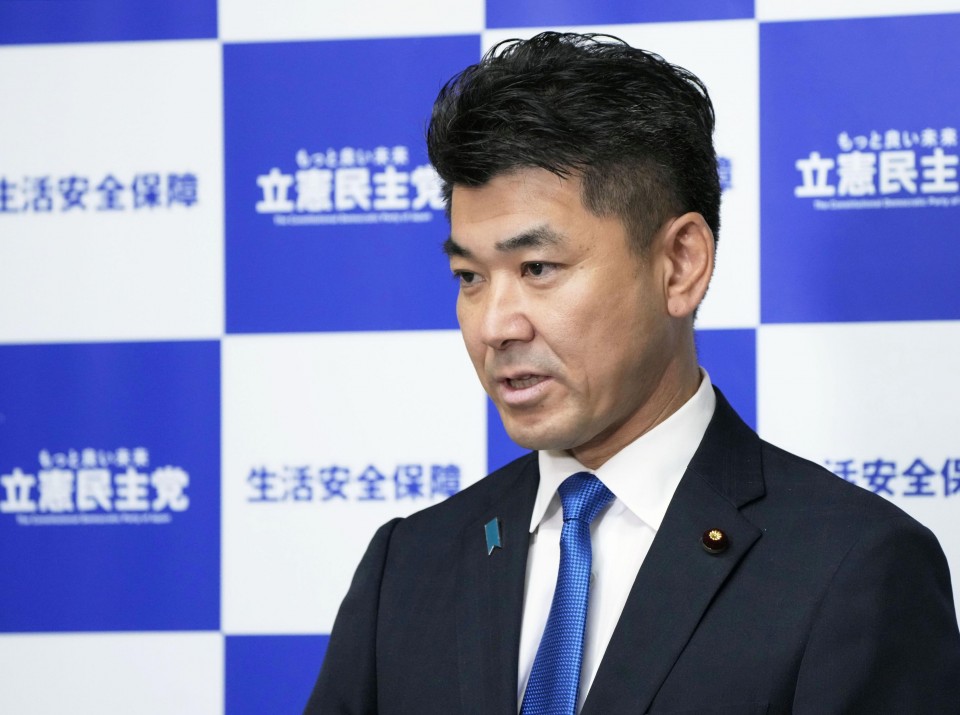 Kenta Izumi, head of the main opposition Constitutional Democratic Party of Japan, speaks to reporters in Tokyo on June 8, 2022. The party submitted a no-confidence motion the same day against Prime Minister Fumio Kishida's Cabinet over its response to rising prices and another against scandal-hit House of Representatives Speaker Hiroyuki Hosoda. (Kyodo) ==Kyodo