A train driver died and eight other people were injured after a bullet train derailed on Saturday morning in China's southwest province of Guizhou, the official Xinhua News Agency reported.

The bullet train was hit by mud and debris from a landslide as it was about to arrive at a station in Guizhou, Xinhua reported, citing China State Railway Group Co.

The injured people include one train attendant and seven passengers, and around 130 other passengers have been evacuated with an investigation under way, according to the report. 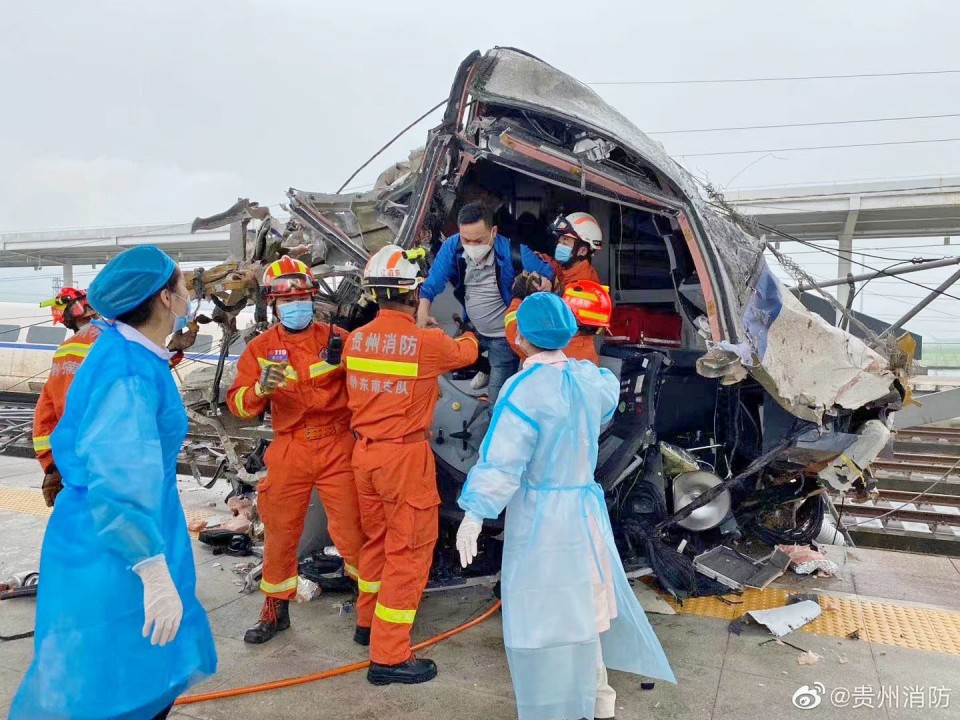 Photo taken from the Weibo account of the Guizhou Provincial Fire Rescue Corps shows a carriage from a high-speed train that derailed in China's southwest province of Guizhou on June 4, 2022. (Kyodo)