More than a month has passed since the Japanese government relaxed its guidance on mask usage to reflect subsiding fears of the coronavirus, yet its call for removing masks whenever possible has not caught on widely among the public.

There has never been a mask mandate in the country, but more than two years of the pandemic has made mask-wearing the polite thing to do, even as heat-related illnesses are emerging as a concern as Japan readies for a boiling summer.

Experts say many people are unaware the government has been proposing since May 20 that masks can be taken off in certain circumstances, which may remain so until a well-known figure like Prime Minister Fumio Kishida outlines the new guidelines publicly. 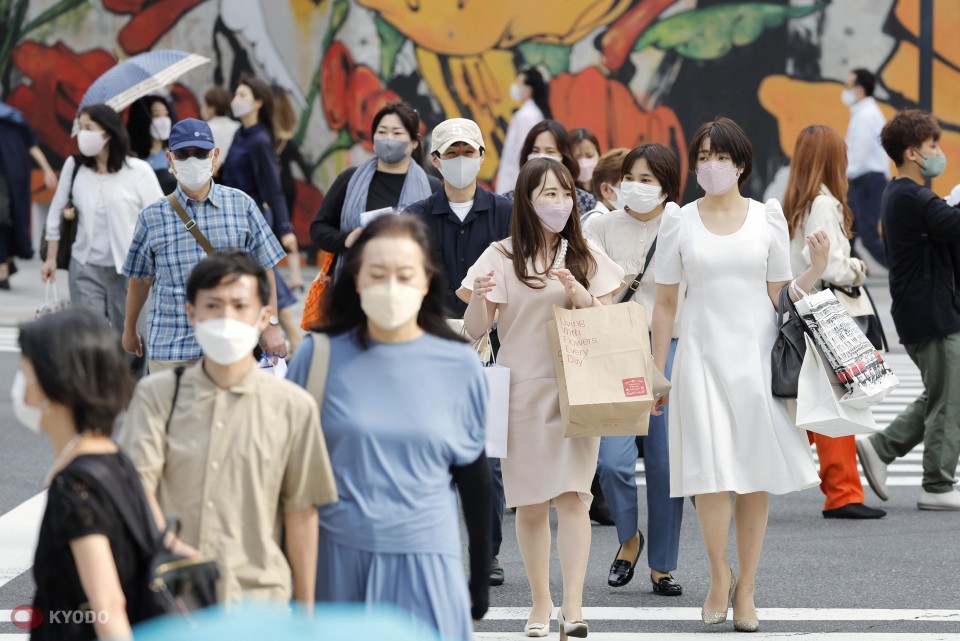 The recommendation for outdoor mask usage now only applies to those conversing within two meters of each other. But most people continue wearing them outside regardless of circumstances.

The government has made some efforts to increase public awareness of the changes, creating leaflets and planning to broadcast the message through commercials.

There have been multiple cases of children who wore masks during gym classes being sent to hospital due to heat exhaustion or heatstroke.

The education ministry has asked schools to let schoolchildren go maskless during physical activities, and for younger children to take masks off on their school commutes.

For indoor masking, the public's embrace of looser mask "rules" is even slower. Masking is now unnecessary for those keeping more than 2 meters apart when there is hardly any conversation.

However, announcements in public spaces continue to call for strict mask-wearing, as companies remain vigilant against the coronavirus.

East Japan Railway Co., whose train service includes the Tokyo metropolitan area, continues to ask passengers to wear masks at all times. The company said its announcements will "remain unchanged unless there is a request from the government."

According to an online survey conducted in May by Laibo Inc., around 40 percent of the 708 respondents said they believe mask-wearing requests can end, but nearly 90 percent said they would continue wearing them. 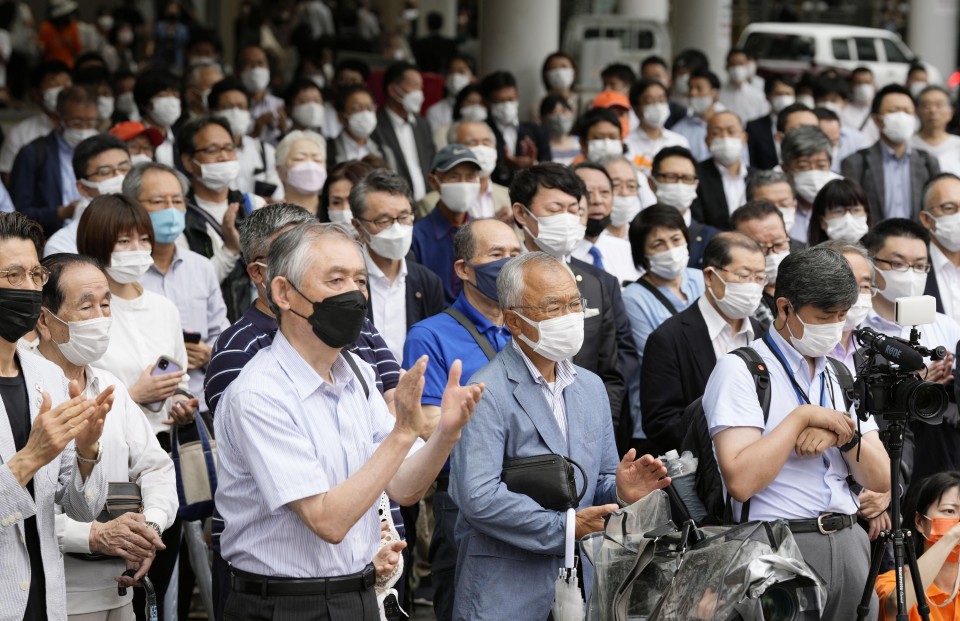 People listen to a politician making a stump speech in Nagoya, central Japan, on June 22, 2022, as official campaigning began for the July 10 House of Councillors election. (Kyodo)

More than 48 percent said they would stop doing so if a "wonder drug" against COVID-19 was made.

Around 62 percent said it is inappropriate to appear in public spaces without a mask, the survey showed.

"Peer pressure is very strong in Japan, and people tend to modify their behaviors based on how others act," said Naoki Sato, honorary professor at the Kyushu Institute of Technology who is well versed with public attitudes. "The word "mask police" was born during the pandemic, and the feeling that one cannot take their mask off remains."

Still, he said many people want to go maskless and the prime minister should make an effort to give "a science-based and impactful comment."