The Tokyo Olympics, promoted as a way to improve the plight of areas devastated by March 2011's massive earthquake and tsunami, left residents of northeastern Japan largely unimpressed, a survey buried in a government report revealed Tuesday.

The survey was contained as part of a government report on the Tokyo Olympics and Paralympics. It went over the entire endeavor, from the bid stage to its realization during a pandemic with virtually no fans, and all but ignored the national stadium fiasco.

The survey by Japan's Reconstruction Agency in November asked if people were "grateful for the reconstruction support, or believed the Olympics sent a message to the world that reconstruction is taking place."

Asked their opinion about the best thing from the Olympics, 20.7 percent said, "events held in the disaster-hit region," while 11.1 percent answered, "the torch relay." Nearly 40 percent, 39.6 percent, answered "nothing in particular."

The survey asked 1,000 residents each from Iwate, Miyagi and Fukushima prefectures and from Tokyo. The results were not published in the main body of the report but in the attached reference materials.

The main report focused on positives: how Fukushima-produced hydrogen was used in the torch relay, and how the athletes village served food from the disaster-hit region. 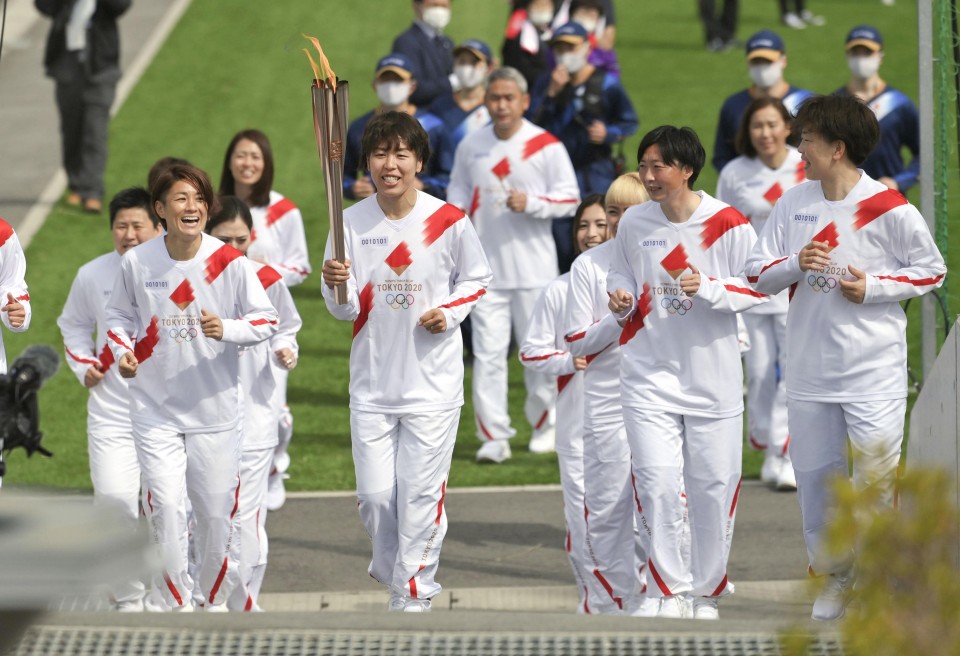 The Olympics, the government report proclaimed, "showed the world how recovery is being accomplished and how we are tackling the issues that promote reconstruction."

Regarding the Olympics' centerpiece, the National Stadium, the report was remarkably vague. The original stadium design bid, by the late Zaha Hadid, was the most prominent price tag in a huge bill that would need to be paid to host the Olympics.

To remedy that, organizers re-opened the bidding, delaying its construction for a year, and preventing it from hosting 2019 Rugby World Cup matches.

The report's only comment on what was just one of the organizers' first stumbling blocks was, "The related cost became larger than originally planned."