Hungary's Kristof Milak crushed his own world record at home, clocking a 1-minute, 50.34-second time to win gold ahead of France's Leon Marchand. Honda, who took silver behind Milak at the Tokyo Olympics, finished 3.27 seconds off the pace. 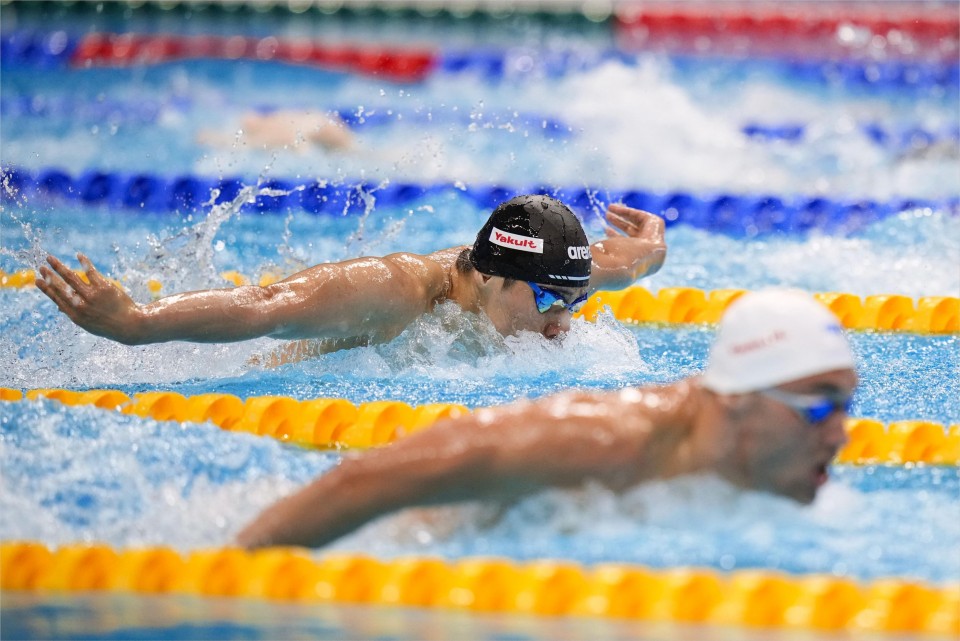 "This makes me so happy," Honda said. "I got lucky (at the Tokyo Olympics) last year. This time, I think I can say it was effort that did it."

The 20-year-old Japanese was the last of eight swimmers in the final to make the turn at the 100-meter mark, but he produced a strong second half to finish second in the final at Duna Arena in the Hungarian capital.

Earlier in the day, Japan won the women's team technical silver in artistic swimming, notching a score of 92.2261. China won gold with 94.7202 and third-place Italy received 91.0191 for its routine.

Swimming finals are set to continue on Wednesday, the fifth day of the championships featuring the five FINA aquatics disciplines, with medals to be decided in five swimming events as well as the women's solo free in artistic swimming. 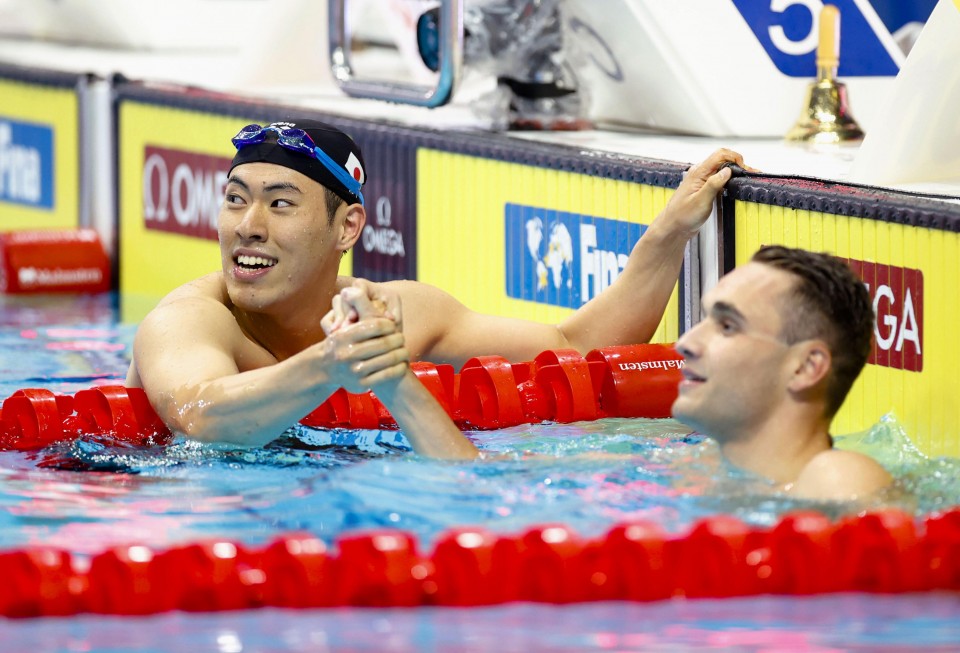 Hungary's Kristof Milak (R) and Japan's Tomoru Honda congratulate each other after finishing first and third in the men's 200-meter butterfly final, respectively, at the world swimming championships in Budapest on June 21, 2022. Milak set a world record with a 1-minute, 50.34-second swim. (Kyodo) ==Kyodo 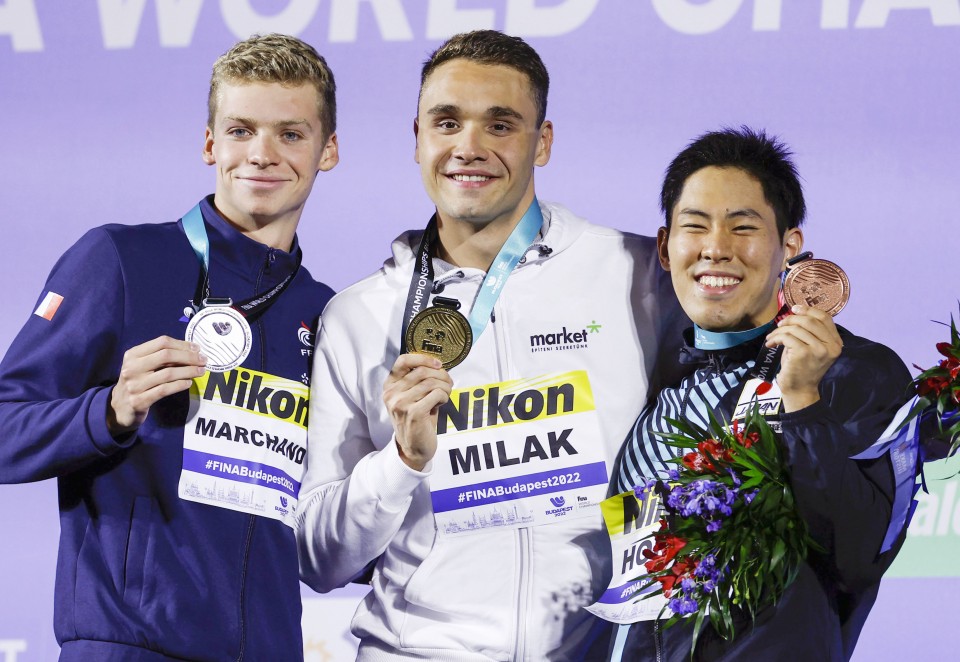