A group of 10 people working as freelance delivery drivers for Amazon.com Inc.'s Japan unit have unionized and handed over a letter to the online shopping giant's Tokyo headquarters demanding that their poor working conditions be corrected, union members said Monday.

The union claimed that, despite working as freelance drivers, Amazon Japan G.K. effectively controls their work hours by sending delivery instructions via smartphones and that outsourcing of delivery operations is a way to avoid signing labor contracts.

Lawyers and supporters of the group said this is the first time Amazon delivery drivers have unionized in Japan. 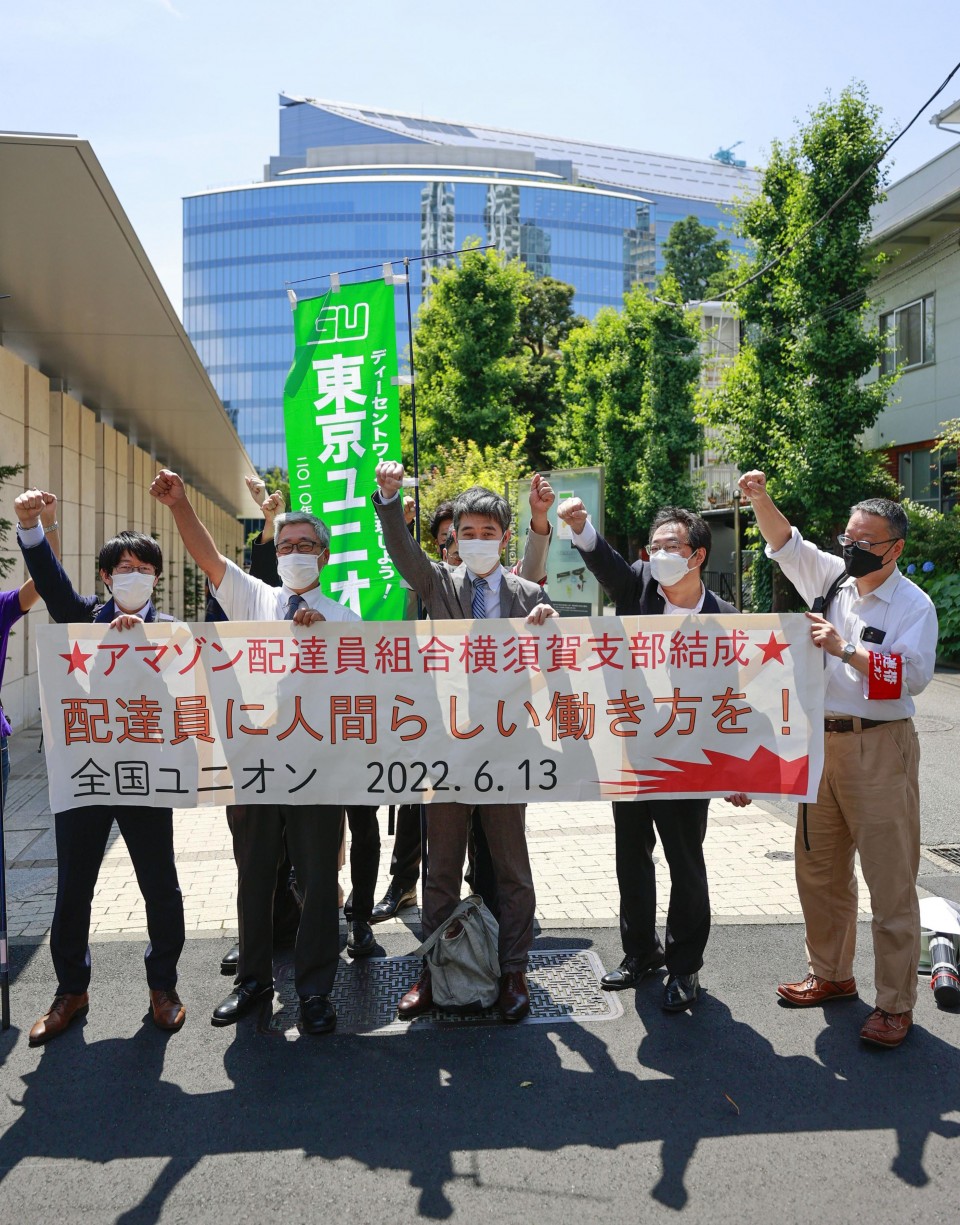 A group of freelance delivery drivers raise their fists calling for better working conditions after visiting the headquarters of Amazon Japan G.K. on June 13, 2022, in Meguro Ward, Tokyo.(Kyodo)

The members, who make deliveries in Yokosuka, Kanagawa Prefecture, said in a press conference in Tokyo they have been made to work excessively long hours, especially after the company last year switched to artificial intelligence to decide the number of packages to deliver and each driver's area of coverage.

An Amazon official said the company has "received the letter and is scrutinizing the content of their requests."

A man in his 50s who approached other drivers to form the union said that he felt the need to unionize after getting into an accident while working last year.

The man said he had been overworked to the point of exhaustion, and after arriving at a destination to make a delivery, he failed to park his vehicle properly, which resulted in it colliding with a building after he had alighted.

"After working long hours every day, I was impatient and lacked concentration because I wanted to go home quickly," he said. "I was angry because I thought I could have hurt someone."

The union members argue that they meet the criteria of workers under the Labor Standards Act as Amazon sends instructions directly to them and manages their working hours.

The workers make deliveries from an Amazon warehouse in Yokosuka based on outsourcing agreements with primary and secondary subcontractors of the company.

"The huge workload is stressful and we cannot handle it," the union's leader in his 60s said at the press conference. "If we don't correct this, then drivers may die on the job."

The workers also requested compensation for pay deductions made for such reasons as packages being damaged during delivery.

There are many drivers across the country working under similar conditions to the union members, and the latest move in Yokosuka could amplify calls for improvement of labor conditions.