China successfully launched a spaceship Sunday carrying three astronauts to the nation's first space station, as President Xi Jinping has pledged to make the Asian country a space power in the next 10 years.

A rocket carrying the Shenzhou-14 spaceship blasted off from the Jiuquan Satellite Launch Center in China's northwest province of Gansu. The three Chinese astronauts are scheduled to stay aboard its core module for six months. 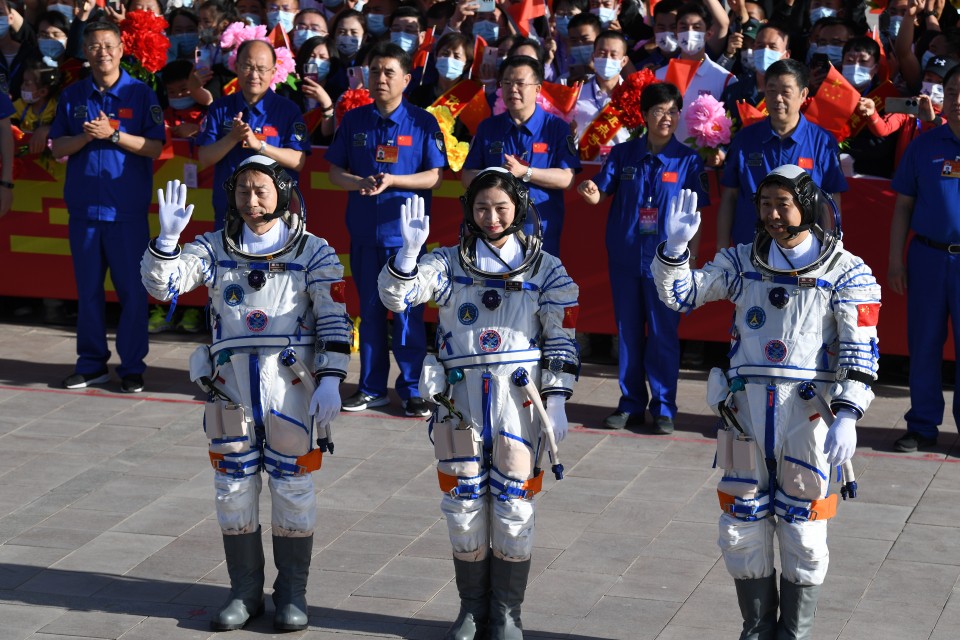 A see-off ceremony for three Chinese astronauts of the Shenzhou-14 crewed space mission is held at the Jiuquan Satellite Launch Center on June 5, 2022, in Jiuquan, Gansu Province of China. (VCG/Getty/Kyodo)

The three astronauts, who belong to the People's Liberation Army, are aiming to complete the construction of the space station by the end of this year, according to the official Xinhua News Agency.

As the Communist-led government has been steadily moving ahead with space development projects in recent years, expectations are growing that competition between China and the United States will intensify in the field.

In 2020, an unmanned Chinese space probe returned to Earth with lunar soil samples for the first time in 44 years as China became the third nation to bring back material from the Moon after the United States and the Soviet Union, Russia's predecessor state.

Also in May 2021, China started investigating the surface of Mars, becoming the second country to undertake a mission on the red planet, after the United States.

China launched its first manned spacecraft in 2003, making it the third nation to put a man in space after the United States and the Soviet Union.

Meanwhile, the International Space Station, operated by the United States, Russia, Japan, Canada and the European Space Agency, is set to conclude its mission in 2024, which would leave China as the only country with a space station.