Sok Eysan, a spokesman of the Cambodian People's Party told Kyodo News that preliminary results suggested the CPP had obtained nearly 100 percent of all the seats in 1,652 communes across the country.

He said the turnout stood at nearly 80 percent of the 9.2 million registered voters, who were to pick 11,622 councilors and chiefs in the fifth communal elections held every five years since 2002.

The elections with more than 86,000 candidates running from 17 parties were seen as a bellwether for next year's lower house election.

The new opposition Candlelight Party's vice president, Thach Setha, said it came second after the CPP and may secure around 2,000 councilor seats throughout the country. 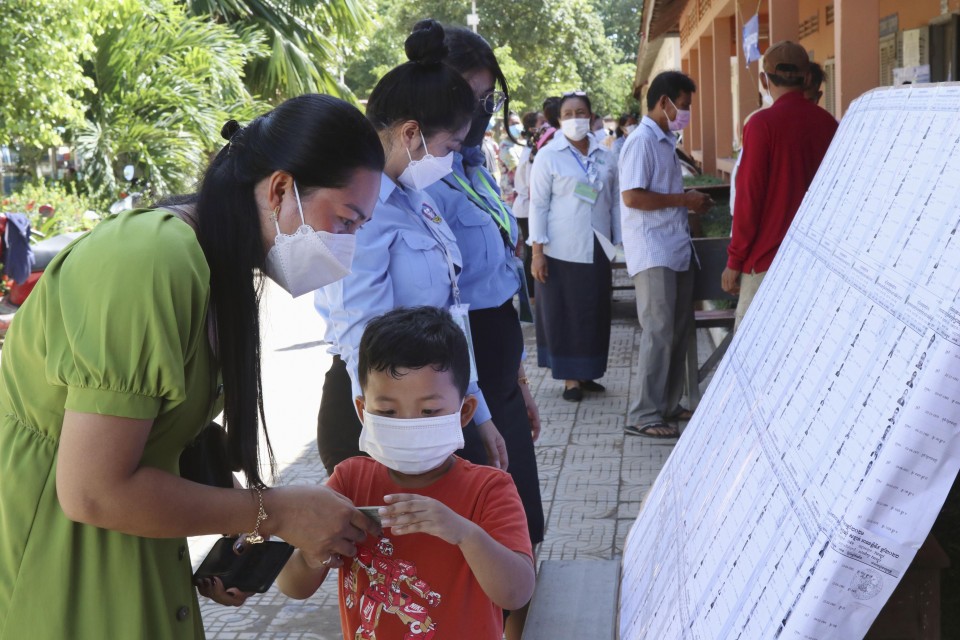 The opposition party may win four of the commune chief contests nationwide, according to a senior CPP official.

The Candlelight Party is dubbed as a "son" of the former Sam Rainsy Party, named after the opposition leader who is in self-exile in France.

In the previous 2017 communal elections, the main opposition Cambodia National Rescue Party made unexpectedly strong gains, obtaining 43.8 percent, or 3.06 million voters. But the party was forced to dissolve later that year.