The price of lithium, a rare metal used in the manufacturing of rechargeable batteries, has increased fivefold since April last year as demand from automakers surged, according to a recent report by British research firm Argus Media.

Prices have also soared for other metals such as cobalt and nickel that are used for the batteries, which account for about 30 to 40 percent of the overall price of EVs, the firm said. 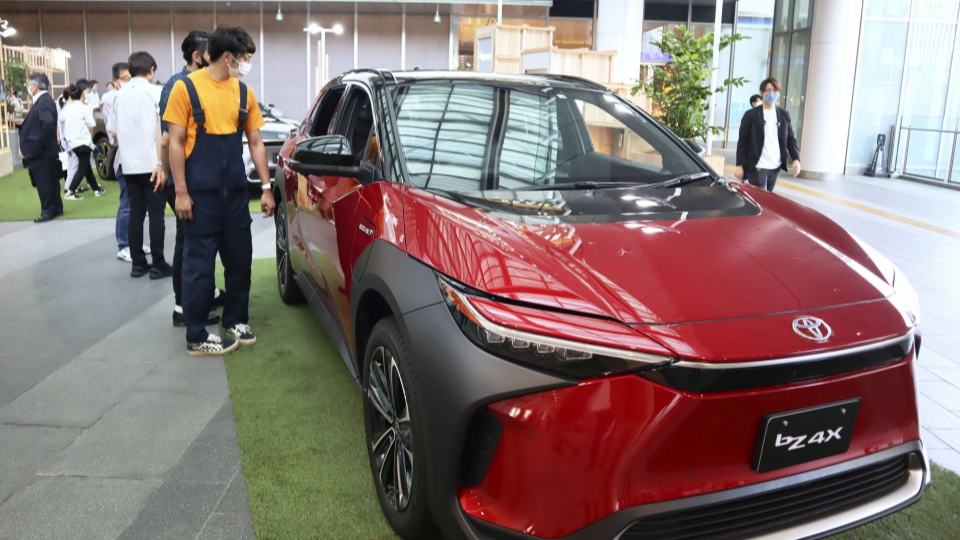 The surge in demand, along with Russia's invasion of Ukraine which has disrupted lithium supply chains, will in turn likely drive up prices of the EVs themselves, making the already expensive cars even less affordable for consumers and potentially slowing the shift from fossil fuel cars.

According to Argus, the price of lithium, which is often traded in Chinese yuan as many battery-related industries are concentrated in China, has gone from about 89,000 yuan ($13,200) per ton in April last year to 486,000 yuan per ton. Prices of cobalt increased 1.8 times and those of nickel rose 1.5 times in the same period.

The pace of rise in nickel's price accelerated after Russia, a major producer of the metal, invaded Ukraine, raising supply concerns.

In the United States, Tesla Inc. raised prices across its entire line-up earlier in the year to pass on higher raw materials costs to customers.

Automakers are accelerating their move toward electrification in the face of global efforts to reduce carbon emissions, raising the prospect of further increases in demand for such key commodities and their prices. Toyota Motor Corp. said in December it aims to sell 3.5 million EVs worldwide in 2030.

Honda Motor Co. is targeting annual sales of 2 million EVs by 2030, while Nissan Motor Co. is aiming for EVs to make up 50 percent of its overall sales by the same year.

If prices of rare metals and other raw materials used in EV production continue to rise, it will be necessary to raise EV prices by 30 percent or so, said Toshihide Kinoshita, senior analyst at SMBC Nikko Securities Inc.

"It could become a factor that slows the popularization of EVs," he said.

EVs do not emit carbon dioxide when they are driven, making them appealing to environmentally conscious consumers. However, they are more expensive than hybrid vehicles, and can only travel comparatively short distances on a single charge.