Japanese Defense Minister Nobuo Kishi will meet with his Chinese counterpart Wei Fenghe Sunday on the sidelines of a security forum in Singapore to air concerns over Beijing repeatedly sending ships around the Senkaku Islands in the East China Sea, a government source said Wednesday.

Kishi may also raise other maritime activities by China in waters around Japan as well as tensions across the Taiwan Strait in the first in-person meeting between Japanese and Chinese defense chiefs since 2019, the source said. The two will be in Singapore for the annual Shangri-La security dialogue slated to start Friday. 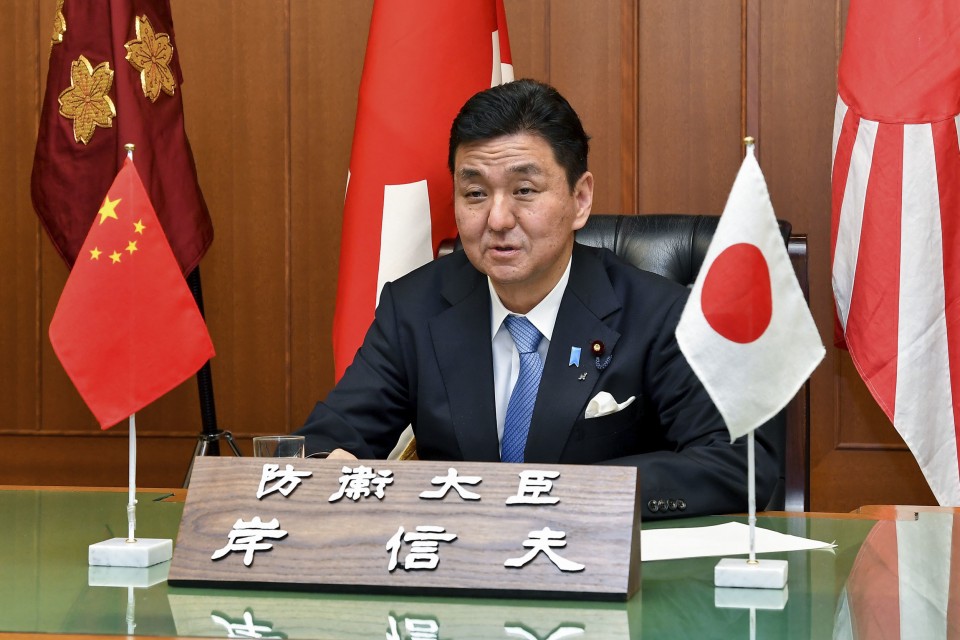 Concerns have grown in Japan as China continues to send ships to waters around the Japanese-controlled Senkakus, which Beijing claims and calls Diaoyu, with some entering Japanese territorial waters.

A Japanese Defense Ministry officer last month voiced concerns over fighter jets and helicopters spotted taking off from and landing on the Chinese aircraft carrier Liaoning near the southern prefecture of Okinawa which is close to Taiwan.

China and Taiwan have been separately governed since they split due to a civil war in 1949, and Beijing regards the self-ruled island as a renegade province to be reunified with the mainland, by force if necessary.

Also likely on the agenda for discussion will be the Russia-Ukraine war and repeated missile tests by North Korea as well as the status of a hotline that Japan and China agreed to establish last year.

The hotline is aimed at enhancing communication between the defense authorities of the two countries to avoid accidental clashes at sea and in the air, the source said.