Residents from part of Katsurao village in Fukushima Prefecture can move back into their homes again more than a decade on from the March 2011 nuclear disaster, after evacuation orders were lifted Sunday morning.

It is the first time restrictions have been removed to allow residents to live again in part of the "difficult-to-return" zone once expected to stay closed far into the future due to high radiation exposure. 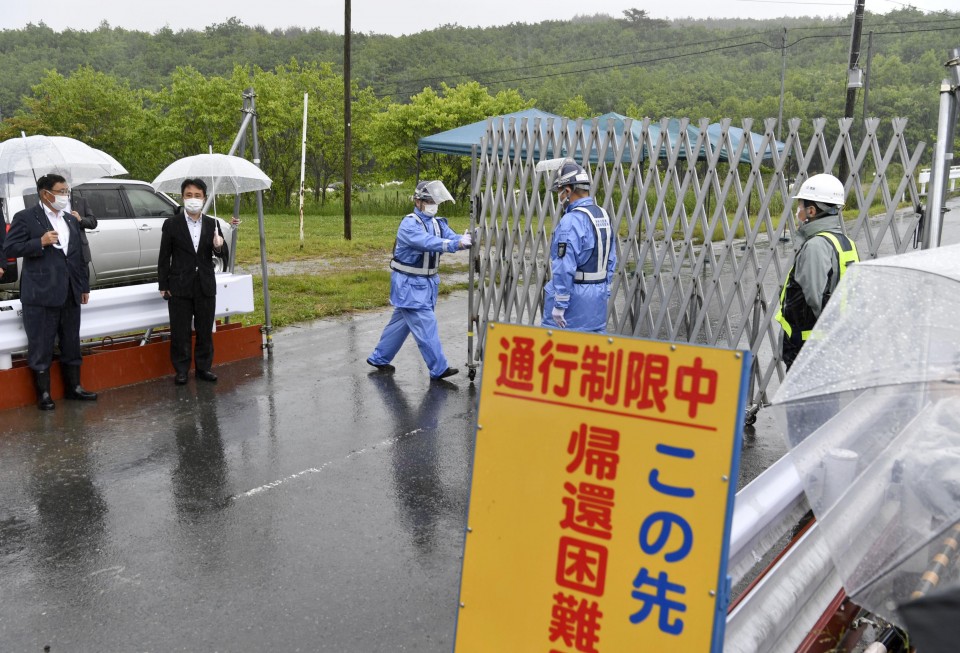 Workers open the gate in the Fukushima Prefecture village of Katsurao, northeastern Japan, on June 12, 2022, as evacuation orders are lifted for part of the village, near the crippled Fukushima Daiichi nuclear power plant, to allow residents to move back into their homes more than a decade on from the March 2011 disaster. (Kyodo) ==Kyodo

The government decided June 3 to end restrictions for the 0.95-square-kilometer area after determining decontamination had reduced radiation levels, and that infrastructure was in place to support habitation.

But while the government has poured funds into decontamination and infrastructure development for zones known as "specified reconstruction and revitalization base" which are earmarked for reopening, the intervening 11 years have depressed residents' desire to return to their homes.

In the part of Katsurao's Noyuki district where restrictions have been lifted, just four of the 30 households comprising 82 people intend to return, according to the local government.

Amid rainy weather, an official from the central government's nuclear emergency response headquarters declared the area reopened at 8 a.m. After the gate blocking the road was opened, a police car and other vehicles quickly began patrols of the area. 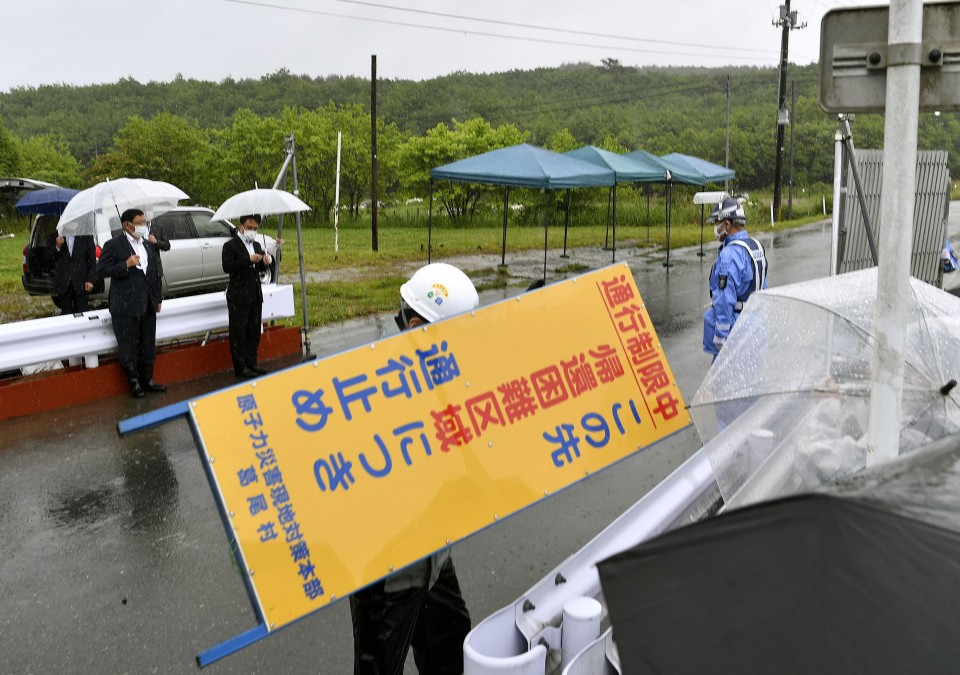 A sign advising that an area was a "difficult-to-return" zone that could not be entered is removed as restrictions on residents are lifted, in Katsurao, Fukushima Prefecture, on June 12, 2022. (Kyodo) 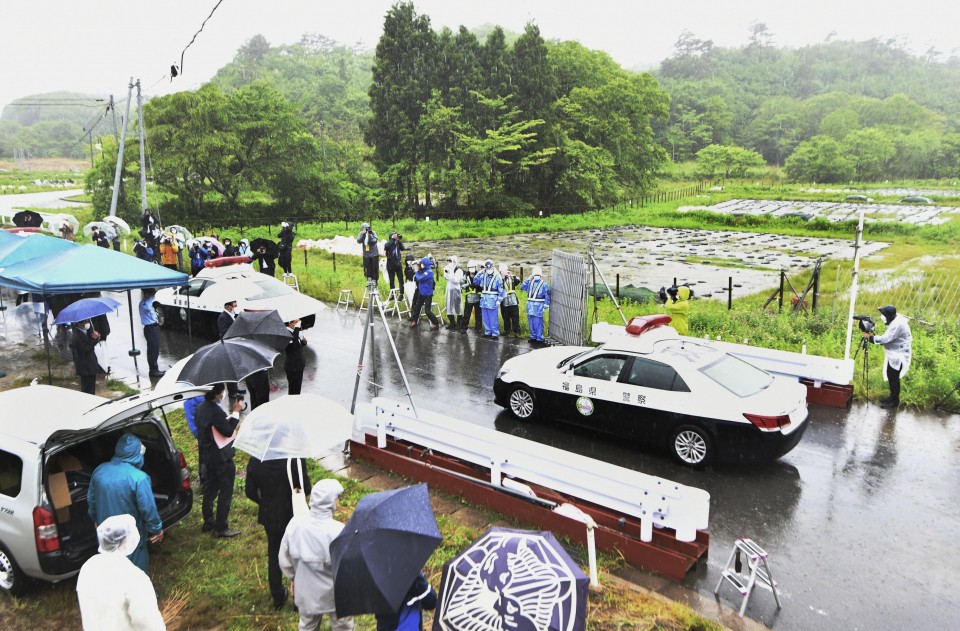 Police cars begin patrols immediately after the gates are opened on a neighborhood in Katsurao, Fukushima Prefecture, as restrictions on residents are lifted on June 12, 2022. (Kyodo)

"This is one milestone," he said. "It is our duty to work to try to bring things back as much as we can to how they were 11 years ago."

But Fujio Hanzawa, a 69-year-old resident who was quick to revisit his home, spoke carefully when asked about the reopening. "I'm glad I can return without limits, but I'm still 80 percent concerned. There are issues outstanding, like the unfinished decontamination of the mountain."

Around 337 sq km of land in seven Fukushima municipalities remain subject to the difficult-to-return zone classification. Of those, a total of just 27 sq km in six of the same municipalities comprise specified reconstruction and revitalization base zones.

Apart from Katsurao, the towns of Futaba and Okuma -- home to the crippled Fukushima Daiichi nuclear power plant -- are expected to see restrictions partially lifted sometime this month or later, with another three municipalities scheduled for next spring. A specific timetable for areas outside the specified reconstruction bases has not been reached.

Katsurao was made entirely off-limits following the nearby nuclear power plant's meltdown in the aftermath of the March 2011 earthquake and tsunami, with evacuation orders for most of the village lifted in June 2016.