Japan wrapped up its 150-day regular parliamentary session Wednesday, with the ruling and opposition parties swinging into high gear for the House of Councillors election set for July 10.

The Cabinet of Prime Minister Fumio Kishida decided on the date of the election and the start of official campaigning on June 22. The triennial election is likely to focus on measures to ease the impact of rising prices and revive the economy hit by the coronavirus pandemic.

The election will take place as Japan gradually eases COVID-19 restrictions and reopens to the rest of the world, having recently started procedures to resume accepting foreign tourists after a two-year hiatus. 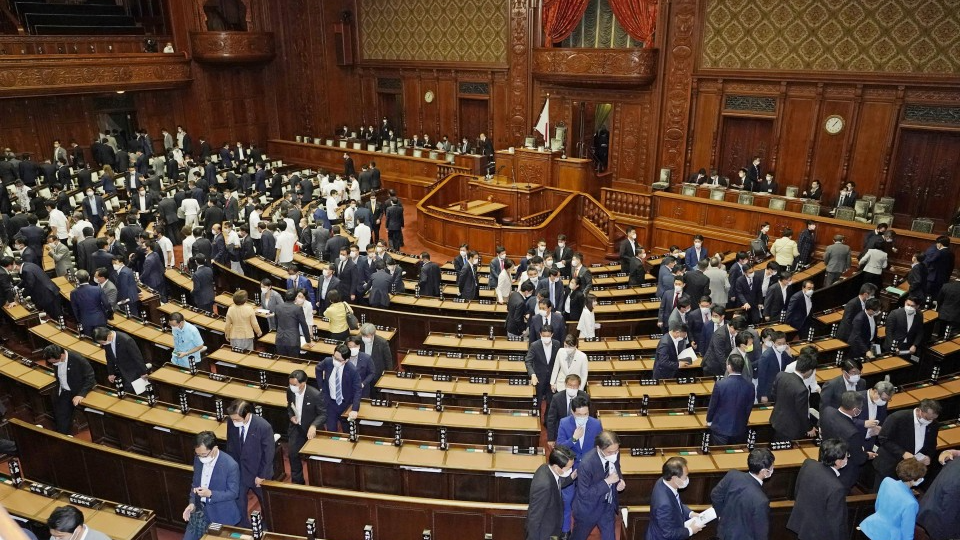 Lawmakers leave the House of Representatives chamber at the parliament in Tokyo after the regular parliamentary session concluded on June 15, 2022. (Kyodo)

On the diplomatic front, the government's response to Russia's war against Ukraine, a rising China, and the North Korean missile and nuclear threats will likely be brought under the spotlight.

"From the fight against COVID-19 and Russia's aggression against Ukraine that is undermining the foundation of the international order to global inflation, we are confronted with historic challenges," Kishida told a press conference.

"It's going to be an election in which people will decide how Japan will address such history-making challenges," he added. 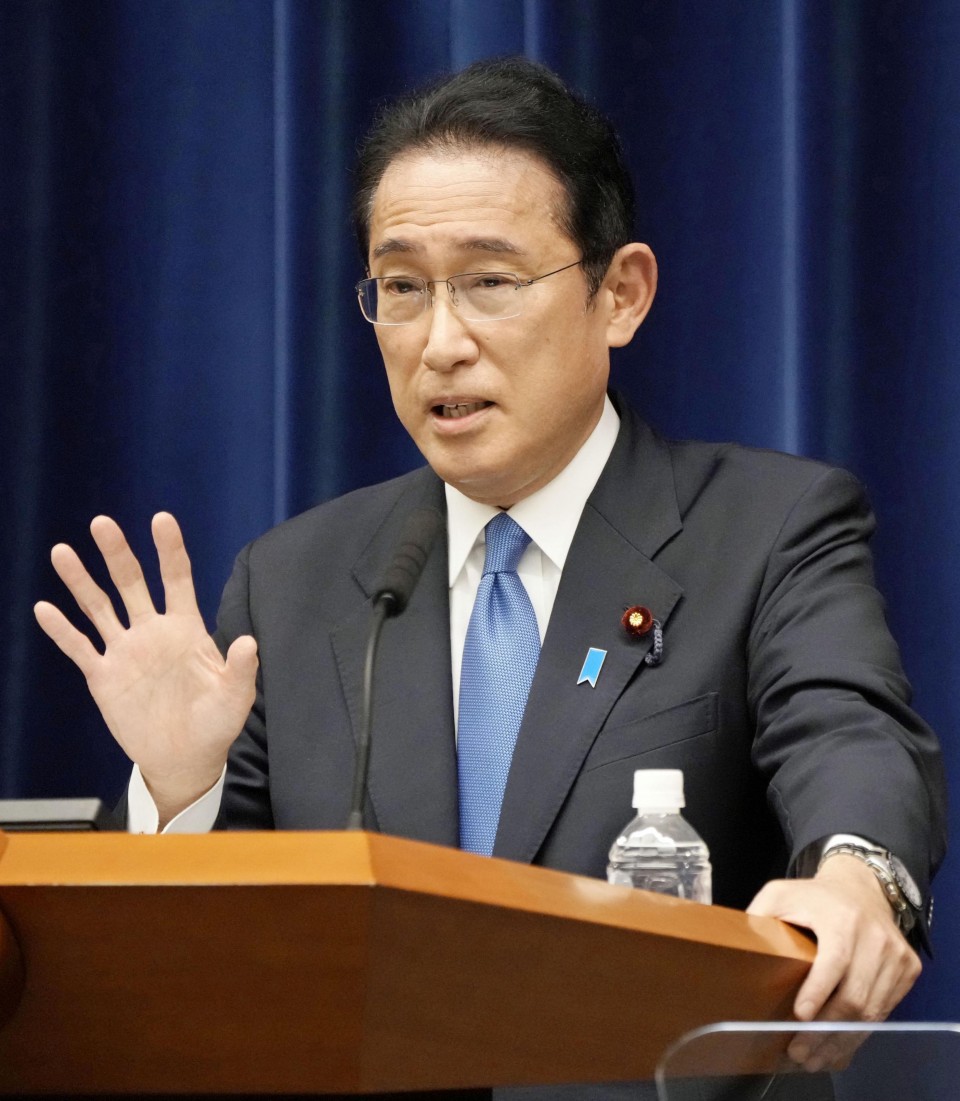 Japanese Prime Minister Fumio Kishida attends a press conference at the premier's office in Tokyo on June 15, 2022, after the country's parliament wrapped up its regular 150-day session. (Kyodo) ==Kyodo

Kishida, who serves as head of the Liberal Democratic Party, said the ruling coalition will aim to secure at least a majority in the 248-member upper house after the election.

In the election, half of the 248 seats will be up for grabs, of which 50 will be chosen under the proportional representation system and the rest from electoral districts.

Voters are expected to deliver a verdict on how his government has dealt with pressing issues, most recently accelerating inflation.

The main opposition Constitutional Democratic Party of Japan has been stepping up its criticism of the administration for its lack of steps to ease the pain from rising prices on households, calling it "Kishida inflation."

Kishida sought to dismiss the view on Wednesday, saying that inflation is being caused by an "emergency," or the Russian invasion, pledging to take steps to help cope with higher prices and support the economy with "maximum vigilance."

But he expressed hope that the Bank of Japan will guide its policy to attain its inflation target stably and sustainably at a time when some lawmakers blame the central bank's monetary easing for the yen's rapid decline. A weak yen boosts import costs for resource-poor Japan.

Kishida and his LDP, which currently controls both chambers of parliament with its coalition partner Komeito, are seeking to solidify support to pave the way for implementing key policies and achieving a more stable government.

The LDP-led ruling bloc and the main opposition CDPJ have already clashed, with the CDPJ submitting no-confidence motions against the Cabinet of Kishida and House of Representatives Speaker Hiroyuki Hosoda days before the end of the Diet session.

The CDPJ criticized the Cabinet's lack of response to rising prices and Hosoda, who is mired in a sexual harassment scandal, as unfit to lead the powerful House of Representatives or lower house. However, the motions were voted down by the ruling coalition.

Kishida has received a boost with the Diet enacting all 61 pieces of legislation submitted by the government, including bills on enhancing the country's economic security and setting up a new agency tasked with comprehensively overlooking policies on children.

It was the first time since the ordinary session in 1996 for parliament to enact all of the legislation submitted by the government.

But the LDP is facing another scandal involving a lower house member who resigned from the party last week following a magazine report that he went out for drinks with a girl aged 18, which is below the legal drinking age in Japan, and gave her 40,000 yen ($300).

"He must exercise accountability as soon as possible. If he can't, this will become an issue of whether he should quit or not (as a lawmaker)," Kishida said.

The lawmaker, Takeru Yoshikawa, had belonged to the LDP faction led by Kishida.