South Korea and the United States conducted a joint air power demonstration involving 20 warplanes Tuesday, in another show of their commitment to a quick response to any provocations by North Korea following its latest missile launch over the weekend.

The demonstration follows a South Korea-U.S. combined live-fire exercise with eight missiles Monday in response to Pyongyang's test-firings of the same number of missiles the previous day.

The flight of the 20 fighter jets over waters off South Korea's western coast was also staged during a visit to Seoul by U.S. Deputy Secretary of State Wendy Sherman, who said Tuesday that Washington and its allies are ready to respond promptly to any moves by the North. 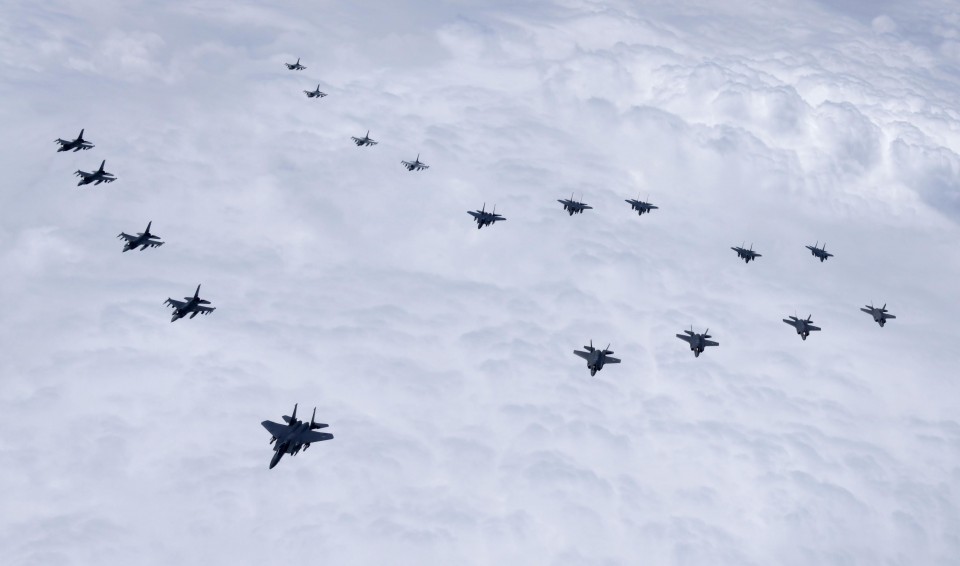 "South Korea and the United States showed its joint security posture...through the air power demonstration while presenting their strong capability and willingness to strike swiftly and accurately to any provocations from North Korea," South Korea's Joint Chiefs of Staff said in a statement.

Sherman said earlier in the day that the United States and its allies will carry out a "swift and forceful response" against North Korea if it conducts a nuclear test.

The United States is concerned that Pyongyang could carry out a nuclear test "in the coming days," State Department spokesman Ned Price said Monday.