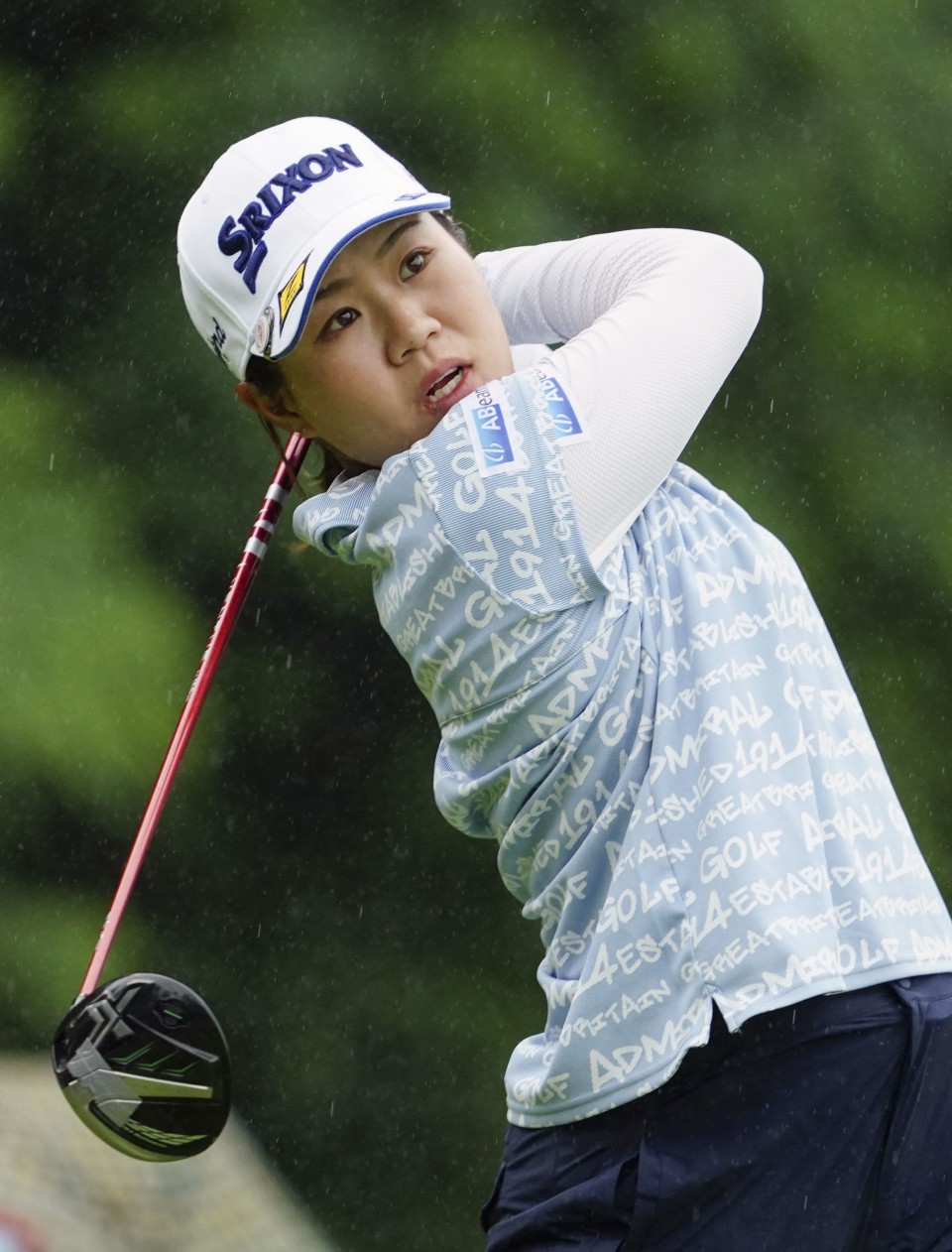 Nasa Hataoka of Japan hits off the sixth tee during the first round of the Women's PGA Championship golf tournament at Congressional Country Club in Bethesda, Maryland, on June 23, 2022. (Kyodo) ==Kyodo

Japan's Nasa Hataoka shot a 1-under 71 in the opening round of the Women's PGA Championship on Thursday to sit seven shots off the lead in her quest for a first major golf title.

The 23-year-old carded two birdies and one bogey on the back nine to finish the day in a tie for sixth.

South Korea's Chun In Gee leads after carding a 64 and equaling the lowest-ever opening-round score at a Women's PGA Championship. She also set a new course record at Congressional Country Club in Bethesda, Maryland.

"I got off to a good start. The rain and wind added distance to the course but I persevered and closed out a good round," said Hataoka, who has six LPGA wins.

Chun is five strokes ahead of Thailand's Pornanong Phatlum and South Korea's Choi Hye Jin, who are tied for second after coming in at 3-under. American Jennifer Chang and Paula Reto of South Africa are tied for fourth at 2-under.

A group of nine players, including Hataoka, fellow Japanese Ayaka Furue and defending champion Nelly Korda, are tied for sixth place at 1-under.

Saso, who held dual Filipino-Japanese citizenship when she won the U.S. Women's Open in June 2021, is now officially representing Japan on tour.

Saso and Shibuno are tied for 15th at even-par 71.