Shohei Ohtani continued his red-hot form on the mound Wednesday, striking out 11 and stretching his scoreless streak to a career-high 21-2/3 innings in the Los Angeles Angels' 4-1 victory over the Chicago White Sox.

The two-way star earned his fourth straight win while bringing his strikeout total to 101 for the season. He threw 108 pitches, the same as his previous start, allowing five hits and a walk over 5-2/3 innings.

Ohtani (7-4), who struck out 13 Kansas City Royals batters last week, has double-digit strikeouts in five of 13 starts this season. 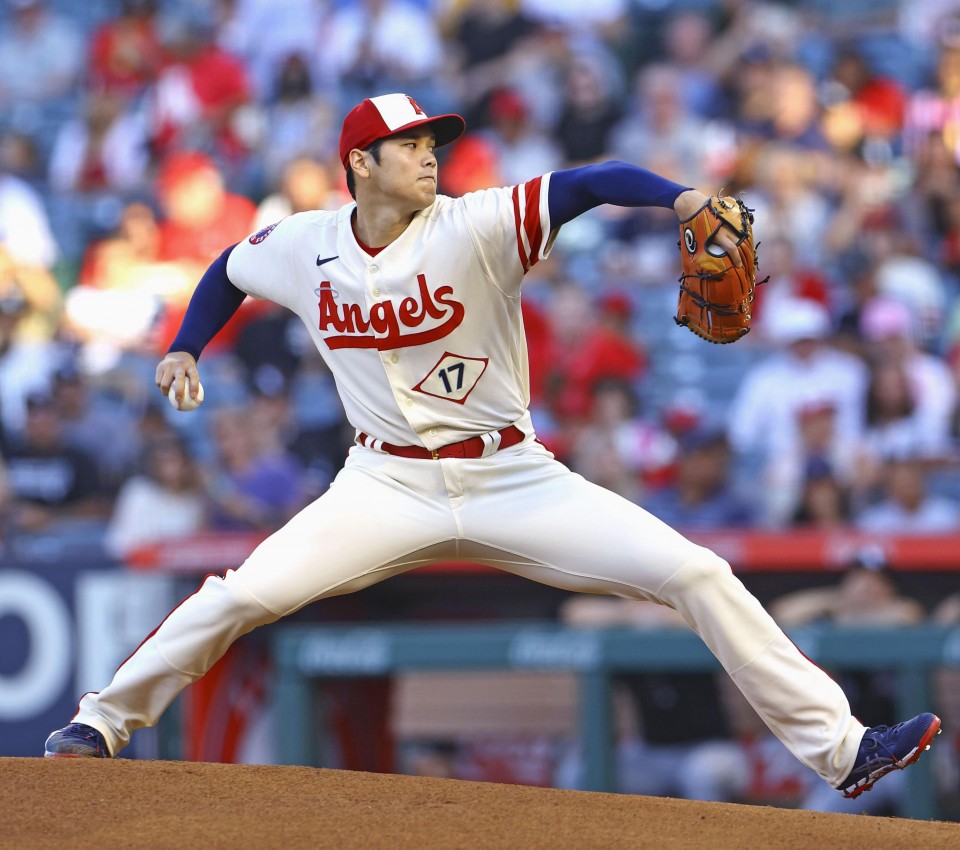 Shohei Ohtani of the Los Angeles Angels pitches against the Chicago White Sox in a baseball game at Angel Stadium in Anaheim, California, on June 29, 2022. (Kyodo) ==Kyodo

"I've been attacking the zone aggressively and have a different pitching strategy for every batter," Ohtani said.

"I wanted to finish the sixth inning, but they kept up the offensive pressure and my pitch count was getting high."

Ohtani struck out Gavin Sheets to escape a two-out, two-on situation in the first, retired the side in order in the second and third, and then pitched out of a bases-loaded jam in the fourth.

He struck out Sheets again with his final pitch before exiting with two outs in the sixth.

At the plate, Ohtani went 0-for-3 with a walk. The Halos jumped out to a 2-0 first-inning lead on RBIs from Mike Trout and Jared Walsh. Luis Rengifo's two-run homer off Chicago starter Michael Kopech (2-5) made it 4-0 in the sixth.

The Angels took the series 2-1 and improved to 37-41, third in the American League West.