In the first finalized ruling concerning the deletion of tweets in Japan, four judges on the Supreme Court's Second Petty Bench unanimously ruled that the continued existence of the posts constituted an invasion of the man's privacy, overturning a Tokyo High Court ruling in 2020 and endorsing a district court's order the previous year to delete the tweets.

The court also noted that approximately eight years had elapsed since the man's arrest and the high court ruling, stating that his punishment was no longer in effect and that the incident had become less relevant in terms of public interest.

"It is difficult to accept that (the tweets) were meant to be viewed for a long time," the top court said, noting that the posts were apparently aimed at delivering a breaking news story on his arrest by citing news articles that are no longer available online. 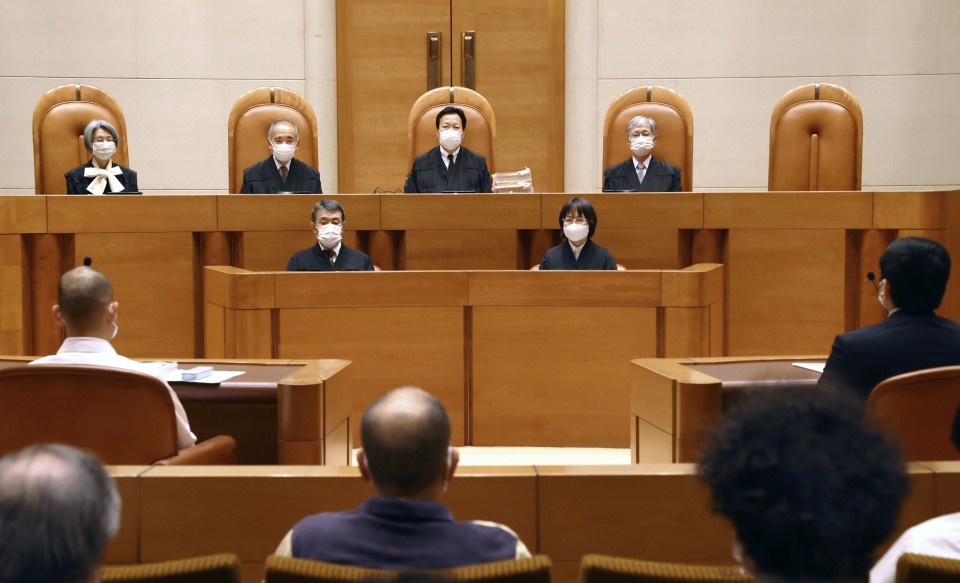 Kazuya Tanaka, a plaintiff lawyer, expressed relief that the Supreme Court had "completely accepted our arguments."

Tanaka added that he believed similar standards would be adopted on social media and other websites in the future, providing "relief to those troubled by their digital tattoos," referring to the semi-permanency of information disseminated online.

The plaintiff was fined after being arrested in 2012 for trespassing into the women's changing room of a bathhouse at an inn. He has said the tweets affected his search for a job search because the cited articles carried his name.

According to Tanaka, the man's relationships were also affected, with a woman he was dating cutting contact with him after he told her his name.

In 2017, the top court set strict standards in a similar lawsuit, dismissing another man's request to remove news search results of his arrest for child prostitution from Google Inc.'s search engine.

At that time, the court decided that the deletion of search results can be allowed only when the significance of privacy protection clearly outweighs that of information disclosure.

The point of contention in this case was whether the same standards should apply to Twitter even if it does not have the same level of information infrastructure as Google.

Hiroshi Miyashita, a professor of information law at Chuo University, said it is an appropriate ruling that emphasizes privacy protection at a time when defamation on social networking sites has been increasing.

The ruling "denies that past private affairs can be viewed for a long time, and it can be said that it is a judgment focusing on the nature of Twitter as media delivering breaking news stories," he said.